For over half a century his reports on the labor movement, in The Nation and elsewhere, were a model of activist journalism. 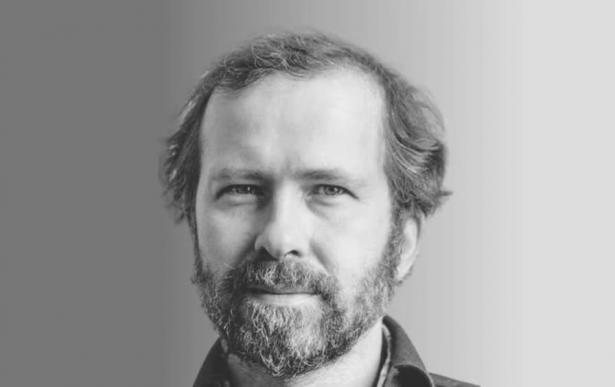 In September 1965, David Moberg, a 22-year-old reporter in Newsweek’s Los Angeles bureau, interviewed Bob Dylan, who had just begun using electric instruments in his recordings and concerts, which upset fans who preferred a more traditional, acoustic sound. He asked the singer if there was a “new” Bob Dylan. Dylan responded, “How would you like it if somebody introduced you as the ‘new’ David Moberg?”

Unlike Dylan, Moberg never did change his tune. For over 50 years, he viewed journalism as a vehicle to help bring about social justice and more democracy, and to give ordinary people a voice. Although he covered many subjects, he focused most of his reporting on workers and their unions, primarily for the radical Chicago-based weekly In These Times. By the time he retired, in 2017, he had become the dean of America’s labor reporters. On July 17, at 78, he died at his Chicago home from Parkinson’s disease.

Moberg grew up on a farm in Galesburg, Ill. He once said that his “youthful models of alternatives to capitalism owed less to Marx—who I didn’t seriously study until graduate school—and more to the collective work of putting up hay with neighboring farmers and the cooperative traditions of the farm supply company my father managed.” In high school, he found a job pulling tassels off seed corn, and led a walkout of fellow workers who objected to being made to slog through a muddy field rather than wait for the ground to dry. “We won nothing,” he once admitted, “but we felt good.”

He wrote for the student newspaper at Carleton College, started a more radical alternative publication, and was suspended for a week for upsetting college administrators. Upon graduating in 1965, he joined Newsweek’s staff in Los Angeles. In addition to interviewing Dylan and writing about the emerging youth culture, he covered the Watts riots in LA (where he was clubbed with a two-by-four and sustained injuries to his face) and the early days of the United Farm Workers union drive led by Cesar Chavez—an experience that, he recalled, taught him important lessons about “solidarity, persistence, and the flaws of even labor movement saints.”

Frustrated by the New York–based editors’ watering down his copy, Moberg left Newsweek after a year to travel through the Middle East, North Africa, and Europe, finding himself in Paris during the 1968 student and worker uprisings. In that city he heard several lectures by anthropologist Claude Lévi-Strauss and decided to return to the United States to pursue graduate school at the University of Chicago.

Rather than travel to an exotic locale to study “primitive” cultures, Moberg did his fieldwork in Lordstown, Ohio, where angry young workers at the General Motors auto factory had gone on strike over their lack of control over their work, rather than pay and benefits. His dissertation examined their alienation and “blue-collar blues” as a result of GM’s workplace practices.

Moberg earned his PhD but soon forsook an academic career to return to journalism. In 1976, joined the staff of the new lefty weekly In These Times, which remained his home base for four decades, although he also wrote for many other publications, including The Nation.

He soon carved out the paper’s labor beat at a time when the number of reporters covering workers and unions was rapidly dwindling. As Nelson Lichtenstein, a labor historian at the University of California–Santa Barbara, observed, Moberg “spent his life covering a social movement whose travails far overshadowed its infrequent triumphs,” but he “understood that the rebirth of workplace democracy was always on the agenda, finding inspiration in the most unlikely places and among the most marginal people.” Moberg’s reporting, Lichtenstein noted, “offered readers not merely an account of the travails faced by the labor movement, but an analysis of how to overcome them.”

Despite the labor movement’s many challenges and defeats, Moberg found hope in the rebellions among rank-and-file workers and union reformers. He was the first reporter to write in-depth stories about Ed Sadlowski’s 1977 insurgent campaign for president of the United Steelworkers Union and to cover similar efforts within the Teamsters, the United Mine Workers, the United Auto Workers, the Oil, Chemical and Atomic Workers, UNITE HERE, and other unions.

Moberg was encouraged by, and reported on, union victories among school teachers, janitors, women office workers, and hotel workers, and by insurgencies like the one at Chicago’s Republic Windows and Doors factory, where in 2008 workers occupied the plant after the owner closed the business, and, with the support of the community and local politicians, eventually purchased the business and set up an employee-owned cooperative.

He challenged union leaders to invest in organizing drives among immigrants, women, and Black and Latino workers, especially in the burgeoning service sector.

In the 1970s, he wrote some of the first stories about the devastating impact of factory shutdowns (which academics now refer to as “deindustrialization”), particularly in the Midwest Rust Belt, as well as the rise of a grassroots movement to challenge plant closings through public policy and rank-and-file action.

In 1979, he visited Laurel, Miss. to report on the workers, mostly Black women, at a poultry plant, who went on strike against the company’s “plantation mindset.” His story examined the history of labor militancy and civil rights activism, as well as the Ku Klux Klan’s involvement in earlier strikebreaking. He gave readers a glimpse of the women’s miserable working conditions as well as their resilience—and provided an early look at the burgeoning union-busting consulting industry that would later become widespread among American employers.

Beginning in the 1970s, Moberg also reported on the growing number of cities—including Madison, Santa Monica, Cleveland, and Santa Cruz—where unions, community organizers, and former New Leftists helped to elect progressive municipal officials and pass living wage laws and other pro-worker, environmental, and anti-racist policies. Chicago activists credit Moberg’s April 1983 article, “Guide for the Perplexed,” in the Chicago Reader, about Harold Washington’s campaign for mayor, with persuading enough of the paper’s predominantly white North Side readers to support him to give the progressive Black candidate a victory.

In 1978, Moberg went to Guyana to investigate the deaths of 909 cult followers of Jim Jones, a charismatic left-wing minister who persuaded his San Francisco–based churchgoers to move to an agricultural commune in a remote part of the South American nation, and then to participate in a mass murder-suicide.

“To say that Jones was a madman is only to ask what was his madness,” Moberg wrote. “And that, like all insanity, it mirrored the values of the madman’s culture.”

Moberg was among the first journalists to report on the efforts to forge coalitions between unions and environmental groups, including the movement to remove dangerous toxic chemicals from workplaces, led by union leader Tony Mazzocchi.

Moberg’s coverage of the protests at the World Trade Organization summit in Seattle in 1999 sparked his growing interest in the globalization of the economy, particularly the abuse of workers by multinational corporations but also resistance movements and labor uprisings in Third World countries, and the growing anti-sweatshop campaigns on college campuses. That led to his reports from Korea, Indonesia, Japan, China, Guatemala, Mexico, and Colombia.

In his last article for In These Times, in 2017, Moberg reported on a union drive by the UAW at a large Nissan auto and truck assembly plant near Canton, Miss. He explained that, like a growing number of Southern factories, the plant was built with state government subsidies, while most public officials looked the other way when the foreign companies paid poverty wages and engaged in illegal union busting once workers got fed up enough to organize.

Among his many articles for The Nation were stories about Barack Obama’s experience as a community organizer in Chicago, radical union leader John Wilhelm, the growing collaboration between unions and human rights groups, a successful organizing drive among Chicago’s low-wage home care workers, and the impact of “free trade” on the lives of workers in Cambodia and other poor countries.

From the 1930s through the 1960s, most daily newspapers had at least one full-time labor reporter. By the 1980s, only a handful of papers had a labor beat, emblematic of the union movement’s decline. In recent years, more news outlets have revived labor coverage, reflecting the growing upsurge of union activism—including among workers at Starbucks and Amazon—and increasing public support for unions.

Moberg died in the same Hyde Park house on Blackstone Avenue that he and several friends purchased as a commune in 1970 and which became a popular gathering place for progressive meetings and parties.

Steven Greenhouse, The New York Times’ longtime labor reporter, covered many of the same stories as Moberg. “David was a smart, incisive, and often prescient journalist. His articles pulsed, they throbbed with a desire to create a better world for workers,” said Greenhouse. “Even though he didn’t work for a major publication, his expertise and the power of his writing made him one of the nation’s most influential labor journalists. Plus, he was a wonderful, big-hearted friend.”

Many of today’s labor (or “workplace”) reporters, and other progressive journalists, acknowledge Moberg’s influence.

“David devoted his life to giving workers a voice,” said California state Senator Maria Elena Durazo, a longtime union organizer with UNITE HERE and former head of the Los Angeles County Federation of Labor. “There’s nothing more sacred or honorable than that.”

“For over 30 years, my interviews with David were more like conversations and learning moments,” recalled Larry Cohen, former president of the Communications Workers of America and current chair of Our Revolution. “He was always hopeful and encouraging, never giving up.”

“David covered labor with an unflinching eye, during the wilderness years,” said Sara Nelson, president of the Association of Flight Attendants. “His reporting was based in a fundamental understanding that a thriving, fighting labor movement is the only real check on capitalism and defense of democracy. His coverage both held us all to account and refused to allow working people to be defined by corporate narratives. David will be sorely missed, but his work lives on in every organizing drive, every strike, every fighting stand for the working class.”

Peter Dreier is the E.P. Clapp distinguished professor of politics at Occidental College. He is the author of several books including Baseball Rebels: The Players, People, and Social Movements That Shook Up the Game and Changed America, published in April, 2022.