This May Feel Like the 1930s, but History Doesn’t Have To Repeat Itself

Hitler was satirised in the clubs of Weimar Berlin. It didn’t stop him. We need to understand what’s happening, to physically confront it, and, through struggle build an alternative politics that can win back vast swathes of working people.

August 15, 2022 Nick Dearden Equal Times
Printer friendly
This May Feel Like the 1930s, but History Doesn’t Have To Repeat Itself Published August 15, 2022 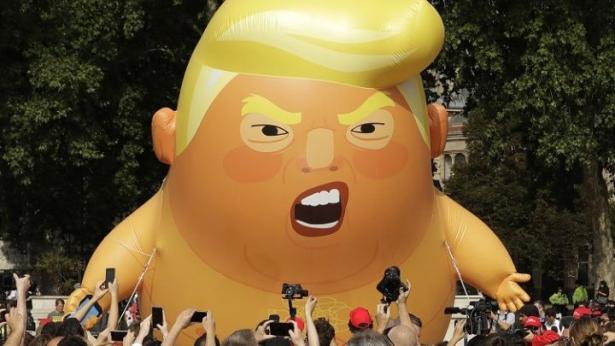 In the 1930s, capitalism needed a ‘Plan B’. Faced with mass disaffection after the financial crash of 1929, and a growing communist movement which threatened to nationalise property and expropriate profits, capital faced an unprecedented, existential crisis.

Fascism provided the escape route. Sure, some of the individual ‘strongmen’ of fascism might be crude, distasteful and erratic. But on the positive side, many leaders of finance and industry reasoned, at least they carried with them the power to crush resistance and put the state at the service of their economic interests.

Today, history is repeating itself. Of course, we don’t have a left-wing movement on the verge of taking power across the developed world. But capitalism is nonetheless threatened as it hasn’t been for 80 years, brought to its knees by its own logic. The burning of the planet to make ever greater short-term profits cannot continue without catastrophic consequences, which most people will not tolerate. Even the very mild steps that have been taken to address climate change are bad news for profit-seekers.

The looting of public resources – be it public space or public services, for example – is reaching its current limit. The result is the worst inequality the world has ever seen. Levels of debt, which have hitherto disguised this inequality, are at breaking point. It can’t last forever.

A technological revolution is in progress which promises mass automation, adding many millions of workers to the hundreds of millions of small farmers and peasants for which capitalism has no use. And people are already angry.

What to do? The role which was previously taken by the fascists is today filled by a group of authoritarian strongmen of whom Donald Trump is the kingpin. Out-and-out fascists are in government again in Italy. Hungary is essentially run by a fascist too, and these forces made some gains in last month’s European elections.

But look at countries more important to the future of capitalism. India is run by Narendra Modi, a Hindu nationalist whose time in office has seen a rapidly rising wave of hate crimes, murders, lynchings, public beatings and gang rapes, especially aimed at Muslims and low caste groups. Brazil, once an anchor for the ‘pink tide’ of left-wing governments, is today run by Jair Bolsonaro, an apologist for military dictatorship, a homophobe, a racist and a misogynist who calls activist groups ‘terrorists’. The Philippines is run by Rodrigo Duterte, responsible for the killing of 20,000 drug users, who has compared his war on drugs to Hitler’s extermination of the Jews.

Like the fascists of the 1930s, all of these strongmen rose to power by fermenting social division. Migrants, Muslims, gay and trans people, ‘street people’, low caste groups are demonised, as fear is whipped up that such people are becoming too powerful and threatening the power of dominant lower middle-class and working-class groups. Feminism is a prime target for all these leaders; just witness the revival of the anti-abortion message.

Once in power, just as in the 1930s, these strongmen set about undermining and dismantling the institutions of liberal democracy – courts, parliaments and the media. For all their inadequacies, these institutions provide a block on the power of the Trumpists and allow us some space to organise resistance. But the economic system can’t withstand real resistance at this point and so these spaces must be shut down if capitalism’s Plan B is to succeed.

And then comes the heart of the programme: super-charged exploitation of people and planet. Whether it be Trump opening all US coastal waters to offshore oil drilling, or Bolsonaro throwing open the Amazon to mining, or Modi liberalising the Indian economy, undermining small farming and traditional economies. Whether it be unprecedented corporate tax cuts, or massive financial deregulation, or the semi-criminalisation of climate activism. It all points in the same direction. And it’s the reason why stock markets have been so positive about these new strongmen.

Perhaps Facebook’s Mark Zuckerberg doesn’t care for Trump’s rhetoric. I would believe it. But if Big Tech titans want the fourth industrial revolution to benefit their bottom line rather than leading to radical, democratic restructuring of the economy, there is a logic to Trump’s policies – and to any rhetoric which allows him to carry out those policies.

True too, there are massive eccentricities and contradictions in the way these leaders behave. That’s the danger of strongmen – by their nature you can’t control them. But the claim is not that this is the form of society which most capitalists would ideally like to live in. It’s that world capitalism increasingly needs this form of society to thrive and survive.

These politics of Trumpism aren’t limited to countries already mentioned. They are poisoning the body politic globally. Last month in the United Kingdom, an opinion poll suggested that 54 per cent of the public agreed with the statement: “Britain needs a strong ruler willing to break the rules.” Only 23 per cent disagreed. Across much of Europe, Asia and Latin America, these politics are seeping into the public discourse in places where we’d thought they were consigned to the past. And Trumpism is giving new rhetorical cover to oppressive rulers across Africa and the Middle East.

But Trump is the king – the symbol of how these politics can succeed, the lynchpin of a network of funding and research. That’s why we must oppose him when he makes his first official state visit to the UK today.

Sure, we can laugh at him, and we should. But Hitler was also satirised in the clubs of Weimar Berlin. It didn’t stop him. We need to understand what’s happening, to physically confront it, and, through that struggle, to build an alternative politics that can win back vast swathes of working people. Most of all, let’s learn a key lesson from the failure of Germany’s left in the 1930s. We can’t assume Trumpism will fail and will be followed by ‘us next’. Duterte has around 80 per cent approval ratings. Modi won the Indian elections by a landslide. Trump and Bolsonaro, while not as popular, can’t be written off for their second terms. The left needs to end its sectarianism. Broad alliances and radical policies are required urgently.

We can beat climate change, use artificial intelligence to build a better world and restrain corporate power. But we can only do so by forming networks, locally, nationally and internationally. We are in a weaker position than the left was in the 1930s. But we have won space, we’ve won moderate reforms to deal with climate change, we’ve won some long-awaited civil rights. It’s possible that the 1930s won’t be repeated. But it won’t be easy.

Nick Dearden is the director of Global Justice Now, a UK-based social justice organisation working to challenge the powerful and create a more just and equal world.  Twitter : @nickdearden75

Equal Times is a trilingual news and opinion website focusing on labour, human rights, culture, development, the environment, politics and the economy from a social justice perspective.