Liz Cheney’s Loss Is a Defeat for Conservatism

In sending incumbent Liz Cheney to her premature retirement in Tuesday’s primary, Wyoming struck a blow against conservatism. Her defeat is the latest demonstration that Trumpism now eclipses conservatism as the reigning faith of the Republican party 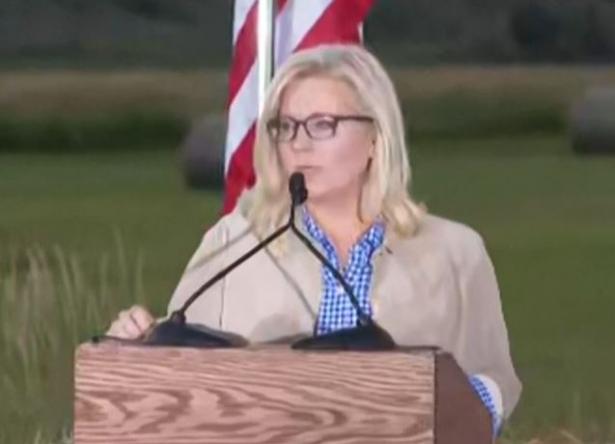 Rep. Liz Cheney after her defeat by a Trump-endorsed candidated in the Wyoming primary on Tuesday.,Photo credit: Cody Godwin / USA Today

Wyoming is a very conservative state. Forty-six percent of its adults self-identify as conservative, as opposed to moderate or liberal; only Mississippi claims a higher percentage. But in sending incumbent Liz Cheney to her premature retirement in Tuesday’s primary, Wyoming struck a blow against conservatism.

Cheney’s defeat is just the latest demonstration that Trumpism now eclipses conservatism as the reigning faith of the Republican party. Compare the 46 percent of Wyoming’s adults who self-identify as conservative to the 57 percent of its adults who are Republican or lean Republican, according to Pew. That makes Wyoming more Republican than conservative; indeed, it’s the most Republican state in the union. More to the point, Wyoming is in thrall to the cult of Donald Trump. Trump’s share of Wyoming’s vote in 2020 was 69.9 percent, more than 23 points higher than Trump’s national average and the largest share of any state.

It’s become shorthand for reporters to gauge how conservative a political candidate is by how slavishly devoted that person is to the Trump line. I’ve probably done it myself once or twice. But the Trump political scorecard is not a conservative one. Even before Trump’s loyalty test became a professed belief that Trump won the 2020 election, Trumpery was mostly a mishmash of nonideological vices: rank bigotry, xenophobia, authoritarianism, greed, and a gleeful breaking of rules and ethical norms large and small. Mix in nativism and trade protectionism, then top off with positions with which Liz Cheney would never quarrel—the standard GOP trinity of opposition to abortion, taxes, and regulation. (Cheney’s National Taxpayers Union score, 72 percent, puts her only two percentage points behind Speaker-in-Waiting Kevin McCarthy, and her Planned Parenthood score is a respectably low 20 percent.)

There is nothing remotely conservative, in the classic limited-government sense, about denying women the freedom to have abortions. There is nothing intrinsically conservative about keeping taxes so low that they enlarge budget deficits, as Republicans have for 40-odd years. Indeed, the late libertarian economist William Niskanen, evaluating the “starve the beast” strategy to reduce government spending, concluded in a 2006 paper that cutting taxes without cutting spending actually encouraged Congress to spend more, because when you lower the cost of something, people will buy more of it. You can even make a conservative case for regulation.

Still, these are the accepted ways by which we’ve defined conservatism for the past half-century, and by these standards Liz Cheney is very conservative. By the older standard of fiscal responsibility, Liz Cheney is more conservative than her father, Dick Cheney. As vice president, Cheney famously told then-Treasury secretary Paul O’Neill that “deficits don’t matter.” Liz Cheney, by contrast, has said that growing government debt will “endanger our economic and national security.” Going back still further, there’s strong evidence that a young Dick and Lynne Cheney conceived Liz in order to dodge the Vietnam draft. Liz Cheney’s very existence therefore constitutes at least a mild rebuke to her father’s lesser steadfastness to conservative principle. I blush to confess Cheney père brought a tear to my eye with his TV spot declaiming how proud he and Lynne were of their daughter for “doing what’s right … when so many in our party are too scared to do so.” I can’t recall the old man ever doing the same.

The candidate who beat Liz Cheney in the primary on Tuesday, Harriet Hageman, previously recognized the distinction between conservatism and Trumpism. In 2016, Hageman endorsed Cheney’s first congressional bid and said, “I know that Liz Cheney is a proven, courageous, constitutional conservative.”

“There have been,” she continued, “and will continue to be concerted efforts to force true conservatives to sit down and shut up. Those efforts have never worked on me and I know that they will not work on and have no effect on Liz Cheney.” At the time, Hageman was convinced that Trump was (in her words) “racist and xenophobic,” and tried that year to block Trump’s nomination on the convention floor.

Six years later, those efforts to force true conservatives to sit down and shut up have caught up with Hageman. Today she says Trump, who endorsed her a year ago, is “the greatest president of my lifetime.” Hageman will be 60 in October, so her lifetime would include the presidency of Ronald Reagan. I’m no great fan of the Gipper, but it seems to me that anyone who prefers Trump to Reagan puts her conservative bona fides in question.

Hageman’s website situates the candidate solidly behind Trump on support for voter suppression (“We must put a stop to things such as blindly mailing ballots”), Russiagate (“the Russia hoax”), and imposing restrictions on immigration (“We are destroying our country’s sovereignty and squandering the future for our children and grandchildren”). Reagan, by contrast, signed reauthorization of the Voting Rights Act in 1982, called Russia an “Evil Empire,” and in 1986 signed an immigration bill that gave green cards to 2.7 million undocumented immigrants.

There can surely be nothing more conservative than a firm commitment to preserving the integrity of United States elections. In a June debate, Cheney taunted Hageman about her unwillingness to say whether the 2020 election was stolen; Hageman wouldn’t answer, Cheney said, “because she’s completely beholden to Donald Trump. And if she says it wasn’t stolen, he will not support her.” Earlier this month, Hageman made her surrender to Trump complete and said, “Absolutely the election was rigged. It was rigged to make sure that President Trump could not get reelected.” Never mind that Bill Stepien, whose firm ran Hageman’s campaign, told the January 6 select committee, of which Cheney was vice chairperson, that after serving as Trump’s campaign chairman he stepped away because he didn’t think Trump’s efforts to challenge the election results were “honest or professional.”

We hear a lot these days that liberalism is under threat; in some ways, I suppose it is. But in recent years, the political faith that’s really gotten the stuffing knocked out of it is conservatism. It didn’t begin with Trump, but Trump made matters significantly worse by forcing Republicans to choose between defending the traditional pillars of democratic governance and subverting these to Trump’s will. Almost uniformly, Republicans bent the knee. Liz Cheney did not. She made the honorable choice and took the consequences. And though I still can’t stand her conservative politics, I admire very deeply her adherence to principle. She is a courageous person. Her party is in desperate need of more.

[Timothy Noah is a New Republic staff writer and author of The Great Divergence: America’s Growing Inequality Crisis and What We Can Do About It. @TimothyNoah1]