Howard Zinn at 100: The Enduring Legacy of the People’s Historian

Through Howard Zinn's example, his activism, and the enduring relevance of his writings, we can commit, on the centennial of his birth, to reiterate one of his central messages: war is not the answer to conflict in the 21st century. 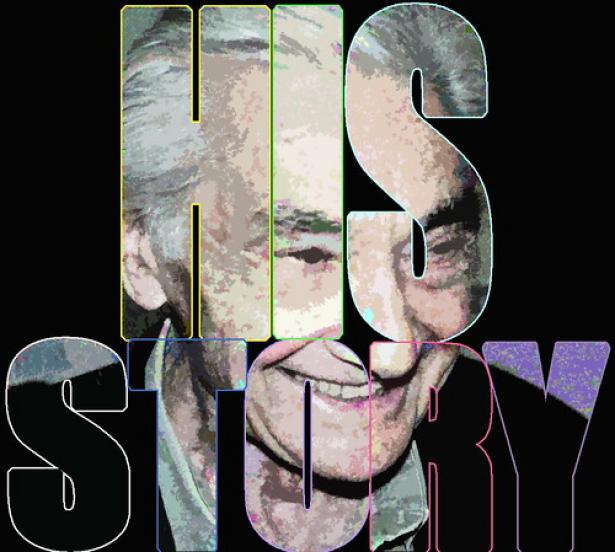 August 24th marked six months since Russia launched its war on Ukraine, with millions displaced and tens of thousands of civilians and soldiers killed. That same day, August 24th, marked the centennial of the late historian Howard Zinn’s birth. Zinn was an author, professor, and anti-war activist. His seminal book, A People’s History of the United States, revealed a different, dissident perspective on the historical arc of the Western hemisphere, from Christopher Columbus’ arrival in 1492 to the so-called “War on Terror.” First published in 1980, A People’s History has become a standard text, with over 2 million copies in print. Howard Zinn died in 2010, at the age of 87. His words, more than a decade after his death, are still worth hearing in a world wracked by war, racism and inequality.

Howard Zinn volunteered to serve in World War II, becoming a bombardier. He participated in the bombing of Royan, a small town along the coast of France, in April, 1945:

“This was a few weeks before the war was going to be over, and everybody knew it was going to be over,” Zinn said on the Democracy Now! news hour in 2005. “There was a little pocket of German soldiers hanging around this little town of Royan on the Atlantic coast of France, and the Air Force decided to bomb them — 1,200 heavy bombers, and I was in one of them, flew over this little town of Royan and dropped napalm — first use of napalm in the European theater. We don’t know how many people we killed, how many people were terribly burned as a result of what we did. But I did it, like most soldiers do, unthinkingly, mechanically, thinking we’re on the right side, they’re on the wrong side, and therefore we can do whatever we want, and it’s OK.”

Howard Zinn visited the French seaside resort in 1966 to speak with survivors. He wrote a detailed history of the raid and its consequences. “It was…a very great sobering lesson about so-called good wars.”

In Zinn’s 2006 Wisconsin speech, he described “the different ratio of civilian-to-military deaths in war… in World War I, 10 military dead for one civilian dead; in World War II, it was 50-50, half military, half civilian; in Vietnam, it was 70% civilian and 30% military; and in the wars since then, it’s 80% and 85% civilian.”

Howard Zinn taught at Spelman, a historically Black women’s college in Atlanta, during the height of the civil rights movement. Among his students were author Alice Walker and Children’s Defense Fund founder Marian Wright Edelman. Zinn explained on Democracy Now!, “At Spelman, I got involved with my students in the actions that were going on in the South, the sit-ins, the demonstrations, the picket lines.” His solidarity got him fired. In 2005, Professor Zinn was invited back to Spelman to deliver the commencement address.

Howard Zinn became a prominent opponent of the war in Vietnam. In 1968, he and activist priest Father Daniel Berrigan flew to North Vietnam, coordinating the first release of U.S. prisoners of war held there. When renowned whistleblower Dan Ellsberg released the Pentagon Papers, the U.S. government’s secret history of its involvement in Vietnam, Howard Zinn and his late wife Roz hid a copy of the documents in their home. His dedication to peace and anti-war activism continued unabated throughout his life.

August 24th, in addition to the anniversary of Zinn’s birth, is also the day that Ukraine marks its independence from the Soviet Union. This year, independence celebrations were banned across Ukraine for fear of Russian attacks. Russia did attack a rail station on that day, in the eastern Ukrainian village of Chaplyne, killing at least 25 people, including children. On the same day, President Joe Biden announced an additional $3 billion in military aid to Ukraine, bringing the total in U.S. military aid to Ukraine since Biden took office to $13.5 billion.

Howard Zinn is not here to condemn this war, or any of the others now being fought. But through his example, his activism, and the enduring relevance of his writings, we can commit, on the centennial of his birth, to reiterate one of his central messages: war is not the answer to conflict in the 21st century.