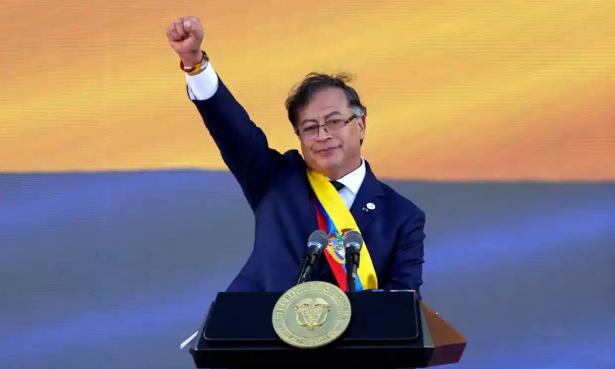 Colombia’s new leftist government has proposed an ambitious plan to tax the rich in an effort to combat poverty in one of the most unequal countries in the Americas.

Petro, a former urban guerrilla who became the country’s first leftist leader, rose to power on a raft of promises centered around social progress at a time when the South American country is still plagued by pandemic-fueled economic turmoil.

If passed, the plan would raise taxes on the country’s highest earners – approximately 2% of Colombia’s population – cut tax benefits for the richest and fight tax evasion.

The tax hikes would progressively increase as income increases. It would add an annual wealth tax on savings and property above $630,000, and would add a 10% tax on some of Colombia’s biggest exports – oil, coal and gold – after prices rise above a certain threshold.

“This should not be viewed as a punishment or a sacrifice,” said Petro. “It is simply a solidarity payment that someone fortunate makes to a society that has enabled them to generate wealth.”

The wealth tax was among Petro’s chief promises during his campaign and would mark a significant step toward achieving his bold policy agenda, which has inspired hope in some and skepticism in others.

It is also part of a larger debate playing out around the world at a time of deepening global inequalities.

“This is not just Colombia,” said economist Álvaro Pardo. “This is a large conversation in any country – the ideas of equity and progress, the idea that those who have the most have to pay more. These are universal concepts we’re drawing upon.”

Petro’s proposal has prompted alarm in the country’s private sector and political elite who argue the tax will dampen investment, push job creators out of the country and – according to the arch-conservative former president Álvaro Uribe – potentially deepen poverty.

“We support all these efforts for the country to overcome poverty,” Uribe said following a meeting with Petro this summer. “But not at the cost of withering away the private sector.”

But at the height of the country’s decades-long armed conflict, Uribe imposed a similar temporary tax in order to fund his war with the Revolutionary Armed Forces of Colombia (Farc) guerrilla group.

“It was sort of a perfect storm from political opposition to the government, post-pandemic economic hardship and the government’s response,” said Sergio Guzmán, director of Colombia Risk Analysis. “Under this government, things are different.” 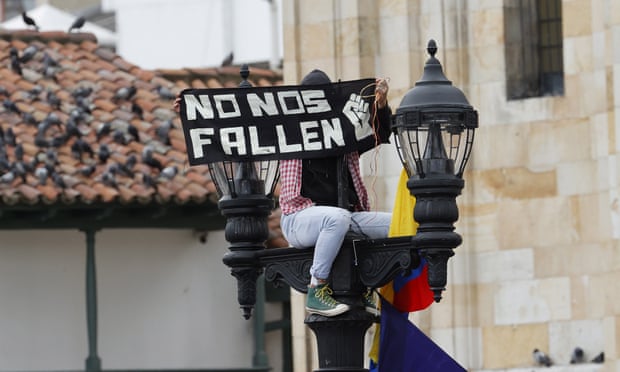 A supporter displays a banner saying ‘Don’t let us down’ at the inauguration of President Gustavo Petro in Bogotá on 7 August. Photograph: Mauricio Dueñas Castañeda/EPA

This bill, he said, “is more progressive in nature”, doing away with key exemptions that he and economists say have allowed richer individuals to pay lower taxes than the average Colombian.

It’s also more permanent than other wealth taxes. The measure will now have to go through congress, where it is likely to pass.

The proposal was a welcome move for many Colombians who have felt like they have been on the outside looking in.

Marlon Mendoza, an Afro-Colombian entrepreneur on the Caribbean coast, was one of 1.6 million Colombians who, during the pandemic, were knocked out of the middle class and back into poverty.

“The poor got poorer, and the rich got richer,” he said.

He went from having an office and a home in the city of Cartagena to returning to the unpaved streets of his town of birth on the outskirts of the city, struggling paycheck to paycheck.

Some observers warn that the tax plan will only address the tip of the iceberg.

Pardo said: “The challenge is gigantic because it means breaking a structure that has been in place for decades, a structure that favors rich sectors and big companies. It’s going to be very difficult.”

But it’s that painful growth that needs to happen, says Mendoza.

“This is a new idea. Human beings, not just Colombians, we’ve gotten used to the status quo. Down the line, if that thing is hurting us, it’s hard to branch away from what we’re used to.” he said. “But if we don’t do that, there will never be change.”

Megan Janetsky is a freelance journalist based in Bogotá, Colombia. She covers human rights, migration and politics across Latin America.