The US and China Play With Fire

Long before Speaker Pelosi's plane touched down on, relations between China and the United States had been on a downward spiral. Isn’t it time to set aside the blame game and resume talks on measures that could reduce the risk of violent conflict? 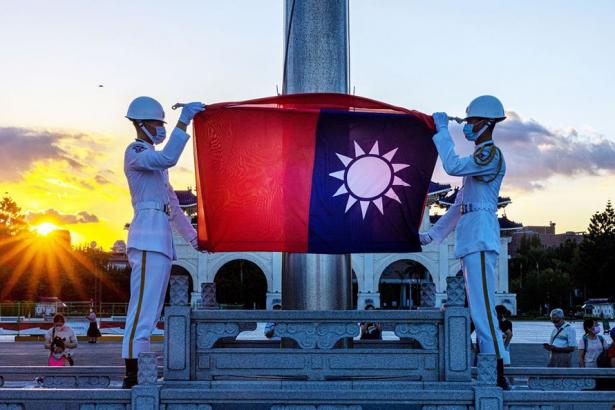 Long before the US House Speaker’s plane touched down on 2 August, relations between China and the United States had been on a downward spiral. The Biden administration had been working to encircle China with a network of hostile military alliances and China had stepped up its aggressive military manoeuvres in the East and South China Seas. Still, bilateral relations had not deteriorated to the point where it was impossible for leaders to discuss cooperation on climate change and other vital matters, as Presidents Joe Biden and Xi Jinping did during their 28 July phone conversation.

Ever since the Carter administration established diplomatic relations with the People’s Republic of China (PRC) in 1978, US officials have adhered (at least in public) to the One China principle, under which Washington acknowledges that Taiwan and the mainland are both parts of ‘one China’, although not necessarily parts of a single political entity. At the same time, the US is obliged under the Taiwan Relations Act of 1979 to provide the Taiwanese with defensive arms as needed and to regard any Chinese attempt to alter the island’s status by force as a matter of ‘grave concern’ — a stance known as ‘strategic ambiguity’ as it leaves open whether the US will actually intervene in such a situation.

These two precepts have helped maintain stability until now: the One China principle by suggesting an inherent bond between Taiwan and the mainland, thereby deterring a hasty Chinese move to seize the island; ‘strategic ambiguity’ by leaving both Taiwan and China uncertain as to the US response in the event of action by either.

Although US officials continue to profess adherence to both, top congressional and administration leaders have in recent months suggested a shift away from them toward a ‘One China, One Taiwan’ policy, along with ‘strategic clarity’ or an unambiguous commitment to intervene on Taiwan’s behalf should China invade. Biden himself has helped to fuel this move by declaring on several occasions that the US has a ‘commitment’ to defend Taiwan, even though that is not formal US policy. When asked by Anderson Cooper of CNN last autumn whether the US would defend Taiwan if attacked by China, Biden replied, ‘Yes, we have a commitment to do that’.

Biden and other senior officials have also suggested a policy shift by seeking commitments from such allies as Australia, Japan and South Korea to assist US forces if they get involved in a war with China over Taiwan. On the congressional side, the process has been abetted by numerous high-level visits to Taiwan, strong bipartisan support for US arms transfers to the island, and plans to replace the Taiwan Relations Act with a new version that replaces ‘strategic ambiguity’ with a specific pledge to help defend Taiwan if attacked by China.

Chinese leaders have watched these moves with growing dismay. For the PRC leadership — and especially Xi Jinping, who is seeking a third five-year term as China’s paramount leader — reunifying Taiwan with the mainland has become the ultimate goal, a prerequisite for China’s rise to national ‘rejuvenation’. ‘Resolutely safeguarding China’s national sovereignty and territorial integrity is the firm will of the more than 1.4 billion Chinese people,’ Xi reportedly told Biden during their 28 July call. ‘The public opinion cannot be defied’.

Nancy Pelosi was aware of all this when she travelled to Taiwan, and knew her trip was bound to exacerbate the situation. Both Pentagon and White House officials warned her that a visit at this time would antagonise the PRC leadership and provoke a reaction. Yet she chose to go and ensured it would get maximum international attention. We can only assume that she had every intention of provoking China and accelerating the drive toward a One China, One Taiwan policy, with all the risks that entails.

It appears she has largely succeeded. Despite White House efforts to inform their Chinese counterparts about the separation of powers in the US political system, it has proved difficult for Beijing to accept that Pelosi was speaking for herself alone. For Beijing, her visit represented the culmination of a combined Congress/White House drive to repudiate the One China policy and commence the recognition of Taiwan as an independent state.

The Biden administration has attempted damage limitation, insisting that there’s been no change in US policy, but these claims haven’t persuaded Beijing. Indeed, on 10 August, just a week after her visit, the State Council Information Office released a new white paper on the Taiwan Question reaffirming Beijing’s desire to achieve Taiwan’s reunification with the mainland by peaceful means, but warning it was prepared to employ military means to overcome any resistance by pro-independence forces in Taiwan or their foreign supporters.

‘We are ready to create vast space for peaceful reunification, but will leave no room for separatist activities of any form,’ the white paper states. ‘The Taiwan question is an internal affair that involves China’s core interests … and no external interference will be tolerated’.

Official statements of this sort have been accompanied by a series of military and diplomatic moves intended to demonstrate Beijing’s diminished tolerance for ‘external interference’ of the sort displayed by Pelosi and increased preparedness to blockade or invade Taiwan if it moves any further in the direction of independence.

As indications of this new stance, China has undertaken several worrying moves: on 4 August the People’s Liberation Army (PLA) Rocket Force fired 11 DF-15 ballistic missiles into waters northeast and southwest of Taiwan, suggesting an intent to blockade the island in the event of a future crisis or conflict. Five of the missiles are said to have landed in Japan’s exclusive economic zone, suggesting that any war over Taiwan would quickly expand to involve Japan, which hosts numerous US military bases.

On 6 August Chinese officials announced that they were cancelling communications between the PLA and the US military aimed at avoiding an unintended clash between their respective air and sea forces, and suspending talks on such vital issues as climate change and global health. On 7 August state media outlets in China reported that the PLA will now conduct ‘regular’ military exercises on the eastern (Taiwan-facing) side of the median line of the Taiwan Strait. The Chinese have largely kept their forces on the western (China-facing) side of the line until now; by conducting regular exercises on the eastern side, they are increasing the psychological pressure on Taiwan and also testing their plans for a possible invasion.

Time to end the blame game

All of these moves have been denounced by US leaders as ‘irresponsible’ and ‘provocative’. ‘We should not hold hostage cooperation on matters of global concern because of differences between our two countries,’ Secretary of State Antony Blinken asserted at a press conference in Manila on 6 August. ‘Others are rightly expecting us to continue to work on issues that matter to the lives and livelihood of their people as well as our own’.

There is considerable truth in Blinken’s remarks, but to blame the impasse entirely on China is misleading. Blinken has spent most of the past year trying to line up alliances aimed at containing China’s rise while issuing ultimatums to the Chinese leadership on domestic issues they cannot possibly satisfy, such as mistreatment of Uyghur Muslims in Xinjiang and political repression in Hong Kong. Yes, he’s also called for cooperation on climate change, but only as an afterthought. From China’s perspective, it’s Washington that is holding hostage cooperation on matters of global concern.

Isn’t it time to set aside the blame game and resume businesslike talks on measures that could reduce the risk of violent conflict? The US should promise to stop its warships transiting the Taiwan Strait, and Beijing should undertake to keep its forces on the western side of the median line. If we cannot go back to the pre-Pelosi-visit era, we must do everything we can to prevent these new conditions from erupting into war.

[Michael T Klare is professor emeritus of Hampshire College (Amherst, Massachusetts) and a senior visiting fellow at the Arms Control Association in Washington DC. He is the author, most recently of All Hell Breaking Loose: the Pentagon’s Perspective on Climate Change, Metropolitan Books, New York, 2019.]