Humans Evolved With Their Microbiomes – Like Genes, Your Gut Microbes Pass From One Generation to the Next

When the first humans moved out of Africa, they carried their gut microbes with them. Turns out, these microbes also evolved along with them.

October 17, 2022 Taichi A. Suzuki, Ruth Ley The Conversation
Printer friendly
Humans Evolved With Their Microbiomes – Like Genes, Your Gut Microbes Pass From One Generation to the Next Published October 17, 2022 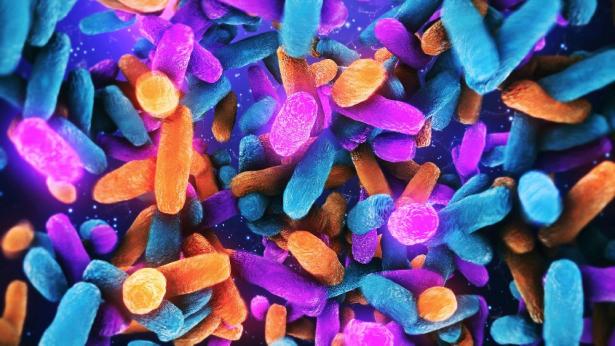 The gut microbiome may also play a role in personalized medicine,nopparit/iStock via Getty Images Plus

When the first humans moved out of Africa, they carried their gut microbes with them. Turns out, these microbes also evolved along with them.

The human gut microbiome is made up of hundreds to thousands of species of bacteria and archaea. Within a given species of microbe, different strains carry different genes that can affect your health and the diseases you’re susceptible to.

There is pronounced variation in the microbial composition and diversity of the gut microbiome between people living in different countries around the world. Although researchers are starting to understand what factors affect microbiome composition, such as diet, there is still limited understanding on why different groups have different strains of the same species of microbes in their guts.

We are researchers who study microbial evolution and microbiomes. Our recently published study found that not only did microbes diversify with their early modern human hosts as they traveled across the globe, they followed human evolution by restricting themselves to life in the gut.

The gut microbiome plays a key role in many areas of your health.

We hypothesized that as humans fanned out across the globe and diversified genetically, so did the microbial species in their guts. In other words, gut microbes and their human hosts “codiversified” and evolved together – just as human beings diversified so that people in Asia look different from people in Europe, so too did their microbiomes.

To assess this, we needed to pair human genome and microbiome data from people around the world. However, data sets that provided both the microbiome data and genome information for individuals were limited when we started this study. Most publicly available data was from North America and Western Europe, and we needed data that was more representative of populations around the world.

So our research team used existing data from Cameroon, South Korea and the United Kingdom, and additionally recruited mothers and their young children in Gabon, Vietnam and Germany. We collected saliva samples from the adults to ascertain their genotype, or genetic characteristics, and fecal samples to sequence the genomes of their gut microbes.

For our analysis, we used data from 839 adults and 386 children. To assess the evolutionary histories of humans and gut microbes, we created phylogenetic trees for each person and as well as for 59 strains of the most commonly shared microbial species.

When we compared the human trees to the microbial trees, we discovered a gradient of how well they matched. Some bacterial trees didn’t match the human trees at all, while some matched very well, indicating that these species codiversified with humans. Some microbial species, in fact, have been along for the evolutionary ride for over hundreds of thousands of years.

These two phylogenetic trees of human participants (left) and one bacterial species (right) closely match, indicating that they likely diversified together over the course of evolution. Reprinted with permission from Suzuki et al., Science Volume 377, abm7759 (2022), CC BY-NC-ND

We also found that microbes that evolved in tandem with people have a unique set of genes and traits compared with microbes that had not codiversified with people. Microbes that partnered up with humans have smaller genomes and greater oxygen and temperature sensitivity, mostly unable to tolerate conditions below human body temperature.

In contrast, gut microbes with weaker ties to human evolution have traits and genes characteristic of free-living bacteria in the external environment. This finding suggests that codiversified microbes are very much dependent on the environmental conditions of the human body and must be transmitted quickly from one person to the next, either passed down generationally or between people living in the same communities.

Confirming this mode of transmission, we found that mothers and their children had the same strains of microbes in their guts. Microbes that were not codiversified, in contrast, were more likely to survive well outside of the body and may be transmitted more widely through water and soil.

Personalized medicine and genetic testing are starting to make treatments more specific and effective for the individual. Knowing which microbes have had long-term partnerships with people may help researchers develop microbiome-based treatments specific to each population. Clinicians are already using locally sourced probiotics derived from the gut microbes of community members to treat malnutrition. 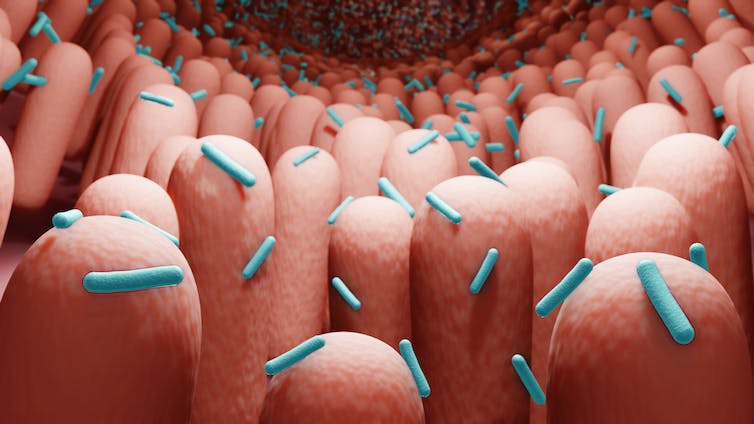 Gut bacteria could be used to help treat various diseases and conditions. Artur Plawgo/iStock via Getty Images Plus

Our findings also help scientists better understand how microbes transition ecologically and evolutionarily from “free-living” in the environment to dependent on the conditions of the human gut. Codiversified microbes have traits and genes reminiscent of bacterial symbionts that live inside insect hosts. These shared features suggest that other animal hosts may also have gut microbes that codiversified with them over evolution.

Paying special attention to the microbes that share human evolutionary history can help improve understanding of the role they play in human well-being.