This Is the Election You Get for 9 Billion Bucks

Simply put, the elections are “tightening” because rightwing billionaires and giant corporations are pouring billions of dollars into advertising. And advertising works. 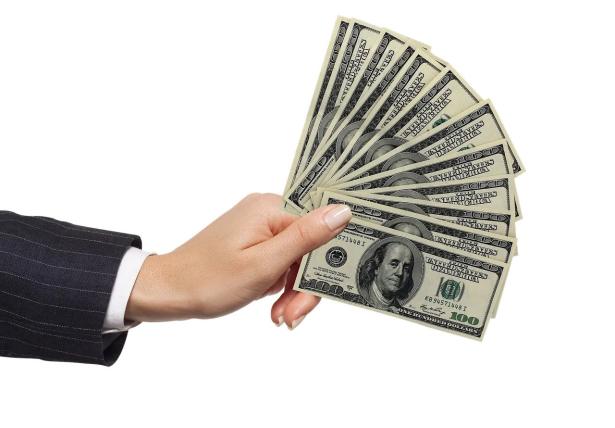 Image by Tumisu from Pixabay

The polls are tightening up right now, and the media is treating it like it’s some mystical force of nature causing people to shift their concerns from abortion, guns, climate, democracy, and the survival of Social Security over to gas prices, Black crime, banning books, and trans kids playing sports.

The media, of course, knows what’s going on. They’re the secondary recipients of it, right behind the politicians, because they’re making billions conveying the GOP message to America. Which, of course, is why they won’t tell you what the real game is here or how it’s being played.

In the early 1970s, I was a partner with the late Terry O’Connor in a small Michigan advertising agency, Ter Graphics, and a copywriter for another, Barden-Durst, run by the late Bob Strand. Our biggest clients were Kellogg’s and Michigan National Bank, and I learned the business from these men and from in-person instruction by the legendary Joe Sugarman, to whom I’m grateful to this day.

Later in the ’70s, I taught marketing and advertising in cities around the world for the American Marketing Centers and in 1989 started the Atlanta advertising agency Chandler, MacDonald, Stout, Schneiderman & Poe, named after my favorite writers and my best friend, which Louise and I sold in 1997 to retire to the mountains of Vermont. CMSS&P primarily did business as The Newsletter Factory, and our clients included more than 100 of the Fortune 500 companies at that time, as well as government agencies from the US Army to the NSA and the CIA.

I’ve also been hosting what is today the #1 progressive talk show in America for 19 years, and worked in radio news for 7 years before that.

I say all this not by way of bragging but hopefully to convince you that I know something about media and the advertising and marketing business. And if there’s anything I know deep in my gut, from decades of observation and experience, it’s that advertising works when it’s done big and done repeatedly.

While creativity and “production values” in advertising are important, they’re both subordinate to frequency when it comes to producing results. Even a poorly crafted message for a mediocre product will convince people to act the way you want them to if it’s repeated frequently enough.

In a variation on the 80s cliché about toys, whoever ends the campaign having spent the most money typically wins.

Which is why new analyses of campaign spending in the 2022 midterm race should concern every American.

OpenSecrets has found that more than $4.4 billion has been spent so far just on electing members of the US House and Senate (and 2/3rds of Senators are not even up for re-election), with an expected $9.3 billion to go to radio, TV, social media, and other forms of advertising by election day.

NPR found, based on data from the ad-tracking firm AdImpact, that in just a dozen Senate races over $1.6 billion has been spent “with $3 out of every $4 being spent in six states — Georgia, Pennsylvania, Arizona, Wisconsin, Nevada and Ohio…”

“Most of that money,” NPR reports, “is coming from dark money outside groups with little-to-no donor transparency — and Republicans are getting a huge boost from them.”

Of the nearly $1 billion in unregulated “outside” money that’s been spent so far just to elect Republicans to the Senate, NPR notes:

This is not how a democratic republic is supposed to work, and it would have represented a federal felony just 12 years ago.

That was when 5 corrupt Republicans on the US Supreme Court blew open the doors to billionaires and massive corporations taking ownership of the GOP and much of the American political process with their poisonous Citizens United decision.

Simply put, the elections are “tightening” because rightwing billionaires and giant corporations are pouring billions of dollars into advertising. And, as noted earlier, advertising works. To quote the 2014 Washington Post headline: “91% of the time the better-financed candidate wins. Don’t act surprised.”

On top of their advertising dominance, though, the GOP has a second tool for repeating their message so frequently that listeners are hearing it in their dreams: billionaire oligarch Murdoch’s Fox “News,” two additional rightwing television networks, over 200 television stations regularly carrying rightwing editorials and right-tilted newscasts, and over 1500 radio stations carrying rightwing hate radio, almost 300 of them in Spanish.

Nothing like this massive rightwing/Republican media operation — carefully built at the cost of billions over a 4-decade period — exists on the Democratic side, and it provides a massive, 24/7/365 boost to the GOP that’s worth tens of billions a year in “earned media” (aka “free advertising/promotion”). It even makes money for its owners, rather than costing anybody anything!

When George W. Bush was president, he used to invite talk radio hosts to broadcast live from the lawn of the White House every summer; Obama killed the practice, in part because there are only a handful of nationally syndicated or even local progressive hosts in the country and in part because the Democratic Party has never taken seriously the power of talk radio.

(You can read the whole sorry tale in an article I wrote two years ago for The Nation and in a 2018 open letter I wrote to billionaire Tom Steyer when Clear Channel was up for sale.)

If Republicans retake the House, the Senate, or both this November after the Dobbs decision, their naked attempt to overthrow our government, their promises to end Social Security, and their playing footsie with Vladimir Putin on Ukraine, it will be entirely because of the billions in dark money that supports them.

And who can blame the billionaires and corporations behind this corruption? First off, it’s been fully legalized by the Supreme Court. Second, it’s a fantastic investment, as they saw in 2016: pour $7 billion into an election and within the first year get almost $2 trillion in tax breaks and another trillion in forgivable loans with few strings attached.

“Man, who would have expected the ride we're all having right now? It may not be good for America, but it's damn good for CBS. The money's rolling in and this is fun. I've never seen anything like this, and this going to be a very good year for us. Sorry. It's a terrible thing to say. But, bring it on, Donald. Keep going.”

Big money in politics and a democracy that works for the majority of the people of a nation are incompatible: just ask any Russian. Or their victims in Ukraine.

Meanwhile, both Republicans and the media will point out that, “Democrats are getting dark money, too!” as if that means everything is equal. But what the rightwing billionaires know is:

Republicans on the Supreme Court have, with their bizarre “money is free speech” decisions, put America on the fast track to oligarchy, authoritarianism, and ultimately tyranny.

There are multiple ways to overcome or overturn Citizens United and the other corrupt SCOTUS decisions that have handed our nation’s elections over to their billionaire patrons: I wrote an entire book about it (The Hidden History of the Supreme Court and the Betrayal of America).

If people power beats big money in this election, Democrats must focus as much of their and their donor’s efforts as possible on overturning these democracy-destroying decisions while starting the long project of building out a media infrastructure so the rest of America can hear their message every day, year-round.

Otherwise, the rightwing billionaires will simply toss $20 or $30 billion — or whatever it takes — into the 2024 election and President Trump or President DeSantis will make sure it’s the last honest political race in American history.

We’ve watched this movie play out in Russia (and a few other countries) over the past four decades: let’s not allow it to happen here, too.