With virtually nothing but the clothes on their backs, many inmates are placed on a bus, given $50, known as ‘gate money,’ and if they’re lucky, they may be told to have a nice life. 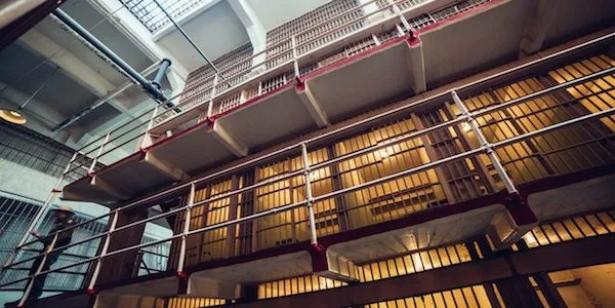 A growing crisis sweeping the country involving men and women released from prison after serving three, four, or possibly five decades behind bars needs to be addressed. The unrelenting determination to be free can quickly become a nightmare of unexpected and deadly consequences when the prison doors close behind them.

Kevin Fythe, 52, was released from prison after serving 28 years last January. He had severe mental and physical disabilities that prevented him from speaking, and he was confined to a wheelchair. Despite his disabilities, Flythe reportedly was placed on a bus headed to D.C., where his family anxiously waited to reunite with him. In August, Fythe’s story was covered by The Washington Post, detailing his last known location and reporting that he had never been found seven months later.

Unfortunately, this is not an isolated case.

With virtually nothing but the clothes on their backs, many inmates are placed on a bus, given $50, known as ‘gate money,’ and if they’re lucky, they may be told to have a nice life.

For so many, getting home is only one of the many challenges these now older men and women must face. Moreover, they are returning to a world that’s changed technologically in every way, and some will begin to experience it fast.

Returning citizens don’t always know how to negotiate basic societal functions, such as putting on a seat belt. I recall picking up an older guy, and once in my car, I told him to put on his seatbelt. He asked, “What’s a seat belt?” I showed him how to put the seat belt on.

When I looked back at him, he had the strap wrapped around his neck. I told him, “You are going to kill yourself!” I asked another person why hadn’t he called me. He said, “Roach, I walked and walked and couldn’t find a phone booth.” One individual got on the bus and asked for a transfer. The bus driver laughed at him and said, “Where have you been, Mister? We haven’t given out transfers in decades.” And another person, after serving 50 years in prison, was asked, “What are your employment prospects?” He was 80 years old, never had a job, failing health, and had no family or income. He’s paid his debt to society, and now he has to fight his biggest fight, trying to survive and live out his remaining years in a modicum of dignity and peace.

The list is long of tools that nearly control every aspect of our daily living, things formerly incarcerated people have to relearn to participate fully in society.  Adjusting to unknown situations creates frustrations, irritations, and feelings of isolation. Many feel ignorant, as they are being laughed at or stared at.

Additionally, very few have any surviving family. If they have surviving relatives, they can’t live in the same home if someone has a criminal record. The last alternative is to go to a shelter.

How can we reduce the fears of decades-long incarceration upon reentry into society? If the military recognizes the need for PSTD counseling after tours of duty in combat zones, why can’t men and women who’ve experienced decades of incarceration in violent environments also receive services?

Releasing them without any services to address their “PISS” (Post Incarceration Stress Syndrome) is akin to releasing them in downtown Hong Kong, leaving them on the sidewalk, and telling them to figure it out and have a nice life.  Where do you go for help? What do you do?

When neighborhoods and entire communities have changed, their roots are destroyed. They’re lost, helpless and homeless in the city they were born and raised in. Countless cultural, social, economic, technological, and psychological hurdles must be overcome. Then there’s the bureaucracy of red tape, which has contributed to “penalcide,” a term used to describe when one commits another crime to return to where they feel safe and secure. Or worse, suicide.

I’ve been highlighting the plight and challenges of men and women returning from prison after enduring lengthy sentences on our weekly radio show, Cross Roads, on WPFWFM.org, 89.3 FM. And I’ve been advocating for transitional housing to keep them from becoming homeless and destitute.

This is a public safety issue. These men and women can and should be able to live out their remaining years after decades of trauma with some degree of peace, and if they are able and willing, they too can contribute to society by helping to reduce violence and crime.

They need our help.

Roach Brown, is a longtime D.C. fixture and voice for the voiceless who routinely and unabashedly takes on injustice within America’s criminal justice system, with emphasis on the formerly incarcerated.  His monthly talk show, CROSS ROADS, is aired by local Washington DC radio station, WPFW-FM 89.3, the show can also be heard via the Internet @  www.WPFWFM.org on Pacifica Radio (worldwide).

We proudly serve the African-American community — families, neighborhoods, businesses, people of faith and more — in the DMV. Learn more about how we serve you.  See the Print Edition Online  Sign up for The Daily Newsletter