What happened to Twitter could happen to any Silicon Valley company. 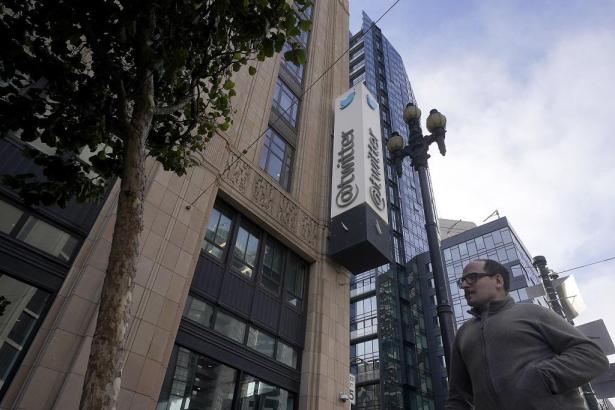 If Twitter employees had unionized years ago, they would have many more ways to protect both themselves and their company.,JEFF CHIU/AP PHOTO

To any observer of the media industry over the last decade, Elon Musk’s purchase of Twitter resembles nothing so much as a warp-speed recreation of a private equity–bought newspaper. The Wall Street bloodsucker scoops up the paper using debt that is placed on the paper’s own balance sheet, its real estate and everything else that isn’t nailed down is sold off, employee head count is slashed to conserve funds to service the debt, and prices are jacked up. The paper dies, but in the meantime the private equity goons collect a quick profit before readers notice they are paying a lot more for a much worse product and cancel their subscriptions.

The differences in this case are that Musk hugely overpaid for Twitter—$44 billion, or probably about three to four times what the chronically unprofitable website was actually worth—and he is ruining it so fast that it seems highly unlikely that he will get any money out of it at all. On the contrary, his external financing puts the company on the hook for more in interest payments alone than it previously made in net revenue. Two impulsive decisions to sack the whole executive team and half the employees apparently without following proper legal procedures have already led to big legal headaches.

The most obvious lesson here is that it is socially and economically poisonous to allow any person to become as rich as Musk. When a single oligarch can snatch up one of the world’s most important arteries of communications on a random whim, tear it to shreds while losing tens of billions of dollars, but only dent his net worth by about as much as an upper-middle-class family taking a long vacation to Thailand, taxes are far too low.

But another lesson is that tech company workers should all form unions immediately. If Twitter employees had unionized years ago, they would have many more ways to protect both themselves and their company from deranged, predatory oligarchs—indeed, if they were unionized, Musk might not have bought Twitter in the first place.

First and most obviously, unions can secure collective-bargaining agreements giving workers higher pay, better benefits, and contractual protections to improve job security. Common contract provisions include specific job description details, a scheme of paid family and sick leave, requirements that terminations be for cause, and so on.

So a unionized worker could refuse to obey Musk’s erratic commands that radically changed their job descriptions or forced them to work more than 80 hours per week. If he fired them anyway, they could take their case to the National Labor Relations Board and demand restitution. The NLRB is not nearly as powerful as some labor agencies in other countries, but it can still order that workers be reinstated with back pay, with escalating fines should bosses continue to break the law. (And its new management under Biden has been increasingly emboldened.)

Second, unionization provides a more nebulous form of collective strength. Organizers testify that going through a union drive changes the way workers think about each other and society, by strengthening bonds between colleagues and inspiring broader political participation. Individual, atomized workers who don’t know their colleagues are easier to bully and fire, since others will tend to keep their heads down out of fear. Workers who have internalized “an injury to one is an injury to all” will be more ready to fight back.

For instance, employees can stop working, either by going on strike or by engaging in a work slowdown. Many union contracts contain a “no-strike” clause, but there’s no reason new unions couldn’t reject such a clause, or grind the company to a halt by working poorly—for instance, by stupidly following every instruction to the letter. Fundamentally, every company depends on its workers to carry out its most basic functions, and that is probably truer of tech companies. Every firm has numerous highly specialized and highly technical departments fully understood by only a handful of people, and even if owners like Musk grasp one of them (they don’t), nobody could possibly understand them all.

In short, unions give workers a decent amount of influence over how a business is operated, and therefore reduce the power of bosses and owners. Musk very likely would have thought twice about buying Twitter if it had had a strong union.

In my experience, tech workers are often resistant to the idea of unionization because they tend to be paid very well. But high pay in itself doesn’t mean they still aren’t being ripped off relative to the value they are producing for the company. The fact that companies like Alphabet and (until recently) Meta churn out enormous profits, and their executives are rich beyond the dreams of avarice, is proof of that. Even if a software engineer is making well into the six figures, the fact that so much money is pooling at the top of the company shows that owners are capturing far too much of the corporate surplus.

Setting pay aside, tech workers are also notoriously overworked. Silicon Valley has long had a culture of hustling that really just amounts to exploitation, and unions could help greatly with work-life balance.

At any rate, time may be very short. Meta is still currently profitable, but its megalomaniac chieftain Mark Zuckerberg has cut its profitability in half with a madcap $15 billion crusade to get office workers to wear VR helmets, with no sign of stopping. Alphabet is doing better, but its stock price is still down by nearly half from its peak.

Matt Yglesias reports that the Silicon Valley oligarchy is suddenly convinced that every tech company is overstaffed by 50 to 90 percent. We are getting a natural test of this right now with Twitter, and if the judgment of technical experts is anything to go by, the results are not promising. But as the behavior of Musk himself shows, people like him are unlikely to listen to reason.

If tech workers want to keep their jobs, they would be wise to unionize, and quick. And while we’re at it, the users who provide all the content and the lion’s share of the value for social media sites might want to think about unionizing too, lest their hard-won followings and favorite posts also fall victim to the whims of some oligarch doofus.

Ryan Cooper is the Prospect’s managing editor, and author of How Are You Going to Pay for That?: Smart Answers to the Dumbest Question in Politics. He was previously a national correspondent for The Week. His work has also appeared in The Nation, The New Republic, and Current Affairs.

Used with the permission © The American Prospect, Prospect.org, 2022. All rights reserved.