Conservatives Don’t Actually Have an Argument for Killing Affirmative Action

The Supreme Court hearings on affirmative action revealed just how weak the right-wing position is—but the GOP justices will overturn the policy anyway. 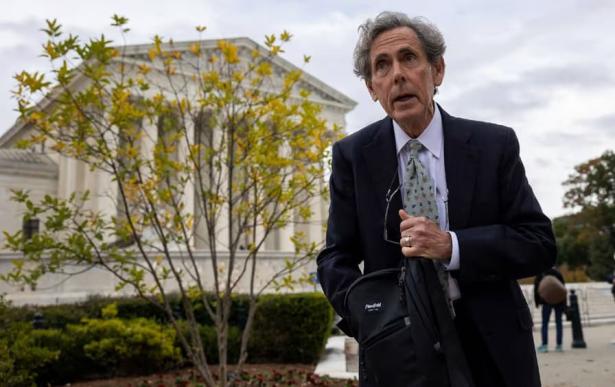 The Supreme Court is poised to take down affirmative action and declare the consideration of race in college admissions unconstitutional. On Halloween, the court heard two cases aimed at prohibiting the policy—one against the University of North Carolina and the other against Harvard University. Over a five-hour marathon of oral arguments, the six conservative justices all seemed willing to do away with the most effective policy I can think of in American history for promoting diversity and racial integration.

While a wide array of conservative-aligned people and institutions always arrive at the conclusion that affirmative action is “bad,” they generally fail to provide logically or legally coherent reasons for why this policy must die. This was the case during the oral arguments. As the justices asked their questions and telegraphed their takes, they couldn’t even agree on why they were going to ban affirmative action. (Diversity is bad! Diversity is good but can be achieved by other means! Affirmative action has failed because we still need it!) Instead, they kept throwing spaghetti at the wall, desperately attempting to find a basis on which to issue their predetermined ruling, because the cases in front of them are too weak to support their extremist desires to overturn nearly 60 years of precedent.

Moreover, the argument that race consciousness in admissions hurts AAPI applicants is wholly unsupported. In the North Carolina case, the facts show that the university admits a higher percentage of AAPI applicants than Black and Latino applicants. The Harvard case is a little more complicated, because Harvard does use a metric, called the “personal rating,” which does seem to discriminate against AAPI applicants. But Harvard’s use of this problematic rating has nothing to do with affirmative action. Indeed, after the conservatives ban affirmative action, Harvard will not be allowed to consider an applicant’s race, but it will still be allowed to consider an applicant’s personal rating. The very process that we know is hurting AAPI applicants at Harvard will be allowed to continue, while the process that has nothing to do with AAPI students will be ruled unconstitutional.

The conservatives’ final argument against affirmative action also fails spectacularly. An army of white people who have reduced the life and career of Dr. Martin Luther King Jr. to one line, from one speech they probably haven’t read, think the legal argument against affirmative action is obvious: It’s unconstitutional to judge people on the basis of race. But that’s not what the Constitution says. The 14th Amendment says that you must treat people equally and fairly, and it was written with specific racial remuneration programs in mind. Moreover, there is an entire canon of constitutional law that says race can be taken into account if it serves a “compelling” state interest, and it’s hard to get more compelling than diverse representation, inclusion, and social integration.

The conservative justices can’t muster a good argument against affirmative action because there isn’t one. The idea that universities can consider an applicant’s legacy status, extracurricular endeavors, gender, hometown, parental donations, foot speed, test-taking skills, and personal rating, but not their race or ethnicity, is preposterous on its face.

That said, the conservative lawyers and justices did make one argument that, while not compelling, was revealing. They kept saying that college admissions are a “zero-sum game,” the implication being that anything that helps Black or Latino students hurts everybody else.

And that is why affirmative action will die. It’s not unconstitutional, and it doesn’t lead to discrimination against AAPI students, but conservatives believe that anytime a Black or brown person gets ahead, there’s a more deserving white person who gets left behind. They think that America itself is a zero-sum game, and anything that doesn’t help white Americans win that game and keep a disproportionate share of the spoils must be stopped.

It’s not a good argument. It’s just the one they all agree on.

Elie Mystal is The Nation’s justice correspondent and an Alfred Knobler Fellow at the Type Media Center. His first book is the New York Times best-seller Allow Me to Retort: A Black Guy’s Guide to the Constitution. He can be followed @ElieNYC.