To ensure that finance aligns with the climate crisis, we need a far-reaching mobilization plan akin to the Marshall Plan following World War II, which helped restore economies devastated by the conflict. 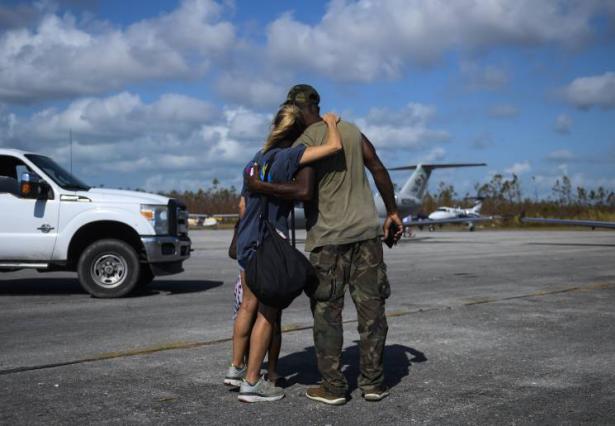 As we know, climate risk is no longer an abstract problem for the future. The recent Intergovernmental Panel on Climate Change (IPCC) Sixth Assessment makes clear that climate change is a social justice crisis because it disproportionately erodes human health, well-being, and societal equity.

This report defines losses and damages (L&D) as the adverse observed economic and non-economic impacts and/or projected risks presented by the climate emergency. It highlights that critical near-term actions to limit global warming to 1.5°C would substantially reduce projected losses and damages related to climate change but not all of them.

Specifically, vulnerable islands are struggling with the worst impacts of climate change. As warming water causes hurricanes to intensify at alarming rates, the toll on humanity is real and will get worse. There is not nearly enough to help the most vulnerable fight the crisis they did not create.

UN Secretary-General Antonio Guterres described the IPCC report as "an atlas of human suffering and a damning indictment of failed climate leadership”. The report’s specific reference of loss and damage puts an emphasis on the unavoidable harms while presenting a significant policy shift for the IPCC.

However, this indictment didn’t come without controversy as reports emerged that U.S. delegates were actively trying to downplay the findings on losses and damages requesting for the vital language to be replaced with “adverse impacts”, sending a clear signal of the U.S.’ regrettable position on the matter.

Why a climate change Marshall Plan?

We must set a new needs-based climate finance goal as a result of a comprehensive, participative, and transparent process. There is a need to “accelerate the delivery of existing funding mechanisms and also new initiatives such as a climate finance facility for Loss and Damage.” said Quamrul Chowdury, a lead LDC negotiator at COP26. “We must raise our ambitions and climate finance, we need a Marshall Plan for the betterment of institutions and rebuilding economies”.

The concept of developing countries demanding funding for loss and damage is not new. “Countries representing the vast majority of humanity have been pleading for a new funding mechanism for L&D” said Teresa Anderson from Action Aid International.

Disappointingly, wealthy countries have consistently blocked these demands due to concerns about opening themselves up to legal liability and extensive compensation claims. Specifically, climate envoy John Kerry said a focus on L&D “could delay our ability to do the most important thing of all, which is to achieve mitigation sufficient to reduce the level of adaptation.” This patently ignores the IPCC report that makes clear the stark reality that not even widescale climate adaptation practices can prevent all losses and damages faced by developing nations.

A climate Marshall Plan would help ensure long-term and sustainable finance to meet the climate mitigation, adaptation, and L&D needs of the most vulnerable. However, only 5% of international climate finance is directed to adaptation which these frontline populations need desperately. In order to protect these countries we need to correct this glaring imbalance between mitigation, adaptation and L&D.

What has been accomplished so far?

There is some good news, at COP26, countries established objectives for the L&D Network (SNLD) to catalyze technical assistance for vulnerable countries.

Some of SNLD key functions include:

Even though there was an agreement to fund and advance this network the question of finance still remains. At COP26 developing countries called for the establishment of an L&D Finance Facility which was met with resistance from developed countries. Instead, COP26 merely established a two-year discussion platform.

What's next for climate finance?

An assessment of the developing countries' needs, published at COP26, made it clear that the unmet $100 billion annual goal falls woefully short in addressing current climate change adaptation and risk reduction, let alone their L&D needs. Currently, Least Developed Countries and Small Island Developing States represent 14% and 2% of international climate funding despite been shown that developing countries would need $5.9 trillion through the year 2030 to deploy their climate action strategies, according to the UNFCCC Standing Committee on Finance. Meaning that there is not nearly enough to help countries fight the climate emergency that they did not create.

In addition to fulfilling the $100 billion climate commitment, we need to include L&D in the new and scaled-up goals on adaptation and climate finance. By including L&D in the Global Goal on Adaptation and a new quantified climate finance goal, we can help meet the minimum funding needs. In addition, we could fulfill the already determined funding commitments by operationalizing the SNLD, establishing a financing mechanism through inclusive dialogue, and agreeing to help nations' climate change loss and damage.

Pre-COP26, some countries promised to deliver $500bn by 2025. However, the U.S and other countries are skeptical that countries can reach that goal because they still have not met the existing $100 billion goal. Last year, the US committed to delivering $11.4 billion per year by 2024 but managed to approve only $1 billion. To be credible climate leaders, the U.S. and other countries should put their money where their mouth is.

Climate finance is a vehicle to ensure no one is left behind. When setting and advancing finance mechanisms we need to promote justice by improving access to aid while reducing the dependence on climate finance loans. Poorer countries spend five times more on debt than on climate action so they are paying to dig out of a hole they did not create.

We need to create opportunities and equitable climate finance instruments that reduce the financial burden and climate risks for vulnerable countries at the same time through grants and debt relief. It remains to be seen if the world can deliver an L&D funding solution and appropriate climate financing for everyone at COP27 in Egypt.

Outrider supports multimedia storytelling about nuclear issues and climate change. We partner with creators, thought leaders, and news organizations to provide accessible information about how we can build a brighter future together.  We publish 1-2 stories each month. Subscribe for updates about new articles, videos, and interactive features.  SIGN ME UP!