ANC Crisis May Foreshadow Its Demise

The ANC now signifies dishonourable conduct. It is habituated to preying on the poor, manifested in defrauding funds intended for the needs of the impoverished majority. It may now be a case of needing to say, ‘good riddance’ or ‘your time is up’. 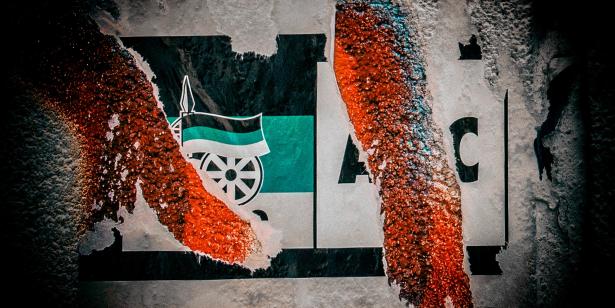 There is little doubt that the ANC is on the way down and we will see its gradual demise. It is not something I would have predicted some time back, though previously referring to it being physically alive but being a dead person walking. Its overall survival may now be questionable. (See also the assessment of Brutus Malada on the vulnerability of the ANC in Gauteng).

I could not imagine 15 to 20 years ago that the ANC may simply disappear from this Earth or live on as a shadow of its former self like the erstwhile liberation movements, the Convention People’s Party (CPP) in Ghana, the Kenya African National Union (Kanu) in Kenya and the United National Independence Party (Unip) in Zambia.

In voicing similar sentiments relating to the ANC’s fall in the past, I used to say “it gives me no pleasure to say this”. That was because I devoted much of my life to the ANC and it was still part of me. But that is no longer the case, given its proclivities towards criminality and abuse and general indifference to the increasing suffering of the still-oppressed people of South Africa. This is not suffering from unknown causes, but damage primarily inflicted by ANC governments during the Jacob Zuma period and afterwards.

So much harm has been done and continues to be done by the ANC and there is no sign of serious attempts to remedy these characteristics (not merely errors or shortcomings). It may be a case of needing to say, “good riddance” or “your time is up”.

The death of a party can happen very quickly. If the ANC were to lose control of the levers of state and other vehicles for patronage, it may not hold together, not having a shared political consciousness to evoke enduring loyalty. Its leaders and followers could desert and move in more than one direction.

Criminality not the preserve of conventional criminals only

The notion of who comprises the category known as criminals has been reconfigured under ANC leadership. Criminality is no longer an isolated activity of a criminal class who break into houses, steal cars, commit assaults or murders, even if we know that many gangsters are in a tightly knit partnership with police in the Western Cape. It is now part of being in the political class or leadership that one then has opportunities to steal and commit a range of other crimes (and this is not restricted to the ANC, although other parties have had less access to the levers of power).

It is part of the expected accoutrements of holding office today that the often very high salaries can be augmented and powers used to also benefit others to whom politicians may be indebted for their rise or other reasons unrelated to their duties as office bearers.

What is evident is that we are dealing with a category of people who see stealing as one of the expectations of office. This has become a norm within the ANC and the state, where conventional standards have been reversed and “wrong is right”. Illegality has displaced legal compliance as the prevailing norm in much of political life and state functioning.

Not all do it, for there remain within the ANC some who still try and change the organisation from within, to reverse the trend. They are not there for enrichment but to do their best to turn things around. Despite their honest intentions, it is too late to win that battle.

The organisation cannot be rehabilitated now. There is no sign of criminality abating nor serious steps against leaders, apart from Ace Magashule and a handful of others who have been implicated in corrupt activities.

Political criminality is focused on wealth and that drives competition for office. That competition for office is no longer a result of displaying qualities derived from working in branches and communities. There is little left of the practices of the past where a delegation would visit a seasoned comrade to prevail on him or her to be available for election or veterans would identify young cadres — because of exemplary qualities — as potential leaders needing to be nurtured.

The competition, which exists at every level, is often dealt with in gangster-style with assassins paid by some municipal authorities (at least, for we do not know more). Former president Thabo Mbeki has presented evidence that these izinkabi (hitmen) are on the payrolls of some municipalities.

Candidates to do what?

It is well known that there is a crisis among the youth with high unemployment — even among those with degrees — limited recreational facilities, and no sense of future life being better than the present. Becoming a councillor may mean the difference between survival and hunger, but also potentially opening up possibilities for receiving and dispensing patronage.

In this context, some young ANC ministers have depicted the problems of the youth as reducible to the need for a generational mix in the ANC leadership. Some have unabashedly volunteered themselves for high office, often with very little knowledge of ANC history or analysis of the present.

Paradoxically they have understood correctly that the depth and grounding of leaders like Walter Sisulu are no longer part of the requirement to be a leader. It does not appear to be needed in the “ANC of renewal”, renewal being the invisible/absent quality that is supposed to mark the “new dawn” and is the name of Cyril Ramaphosa’s campaign for re-election #Renew2022.

Gone are the days when young people, even without holding any position, could articulate the policies of the organisation and explain its history and debate its future.

ANC’s predilection to prey on the poor and marginalised

It is astonishing what the ANC has come to represent compared with what it used to signify only 15 years ago. The colours green, gold and black were associated with sacrifice and embracing the pain of the poor as their own, often at high cost. This led to the organisation being trusted and loved and very many people felt the ANC “belonged” to them.

The ANC’s army, Umkhonto weSizwe (MK), likewise was seen as a defender of the vulnerable against apartheid attacks. That is why many MK attacks were on symbols of oppression. One of the first post-1976 attacks on police was on the Soekmekaar police station, notorious for its role in forced removals. (Interview Petros “Shoes” Mashigo, Pretoria, December 2003, who was sentenced to death, though it was commuted).

When MK attacked an apartheid police station it evoked pride and excitement for a people who were not supposed to bear arms, let alone use these to attack citadels of apartheid violence. It spurred others to fight for their freedom. As the Struggle developed, everything with which the ANC and MK was identified related in the eyes of many to their freedom.

But there were also wrong targets, including the killing by MK of Ben Langa, a member of a famous Struggle family (brothers Pius, who became Chief Justice, Mandla, a noted novelist and Bheki, a senior diplomat). He had been identified as having betrayed comrades. According to the ANC, after further investigation, the information leading to the assassination was found to have been derived from a government agent who had infiltrated MK.

The ANC now signifies dishonourable conduct. It is now habituated to preying on the poor, manifested in defrauding funds intended for the needs of the impoverished majority. Nkandla was just a foretaste of what would be manifested by those supposedly breaking with the Zuma era.

Even if one is a known non-performer as a minister, that does not mean that one will be removed from Cabinet. And if removed from Cabinet there is a business-like process of securing continual high earnings for these individuals as ambassadors or CEOs of various state entities or lucrative work as chairs of boards or investigations.

It is instructive to look at the list of South African representatives abroad. Many have been out there for decades and shifted from one position to another. It is a well-paid job since all expenses are covered in the host country and ambassadors receive a big allowance, especially in certain key posts.

Again, this is not to suggest that every ambassador is a passenger or dead wood. There are some who do their work with dedication and bring credit to the country.

Is the downward plunge irreversible?

As Chris Mahkaye wrote in Daily Maverick, “unlike political parties in other democracies around the world, the leadership of the ruling African National Congress (ANC) will not have a public debate during which contenders will tell members of the public what they will do once they assume positions.

“Instead, regional barons, provincial leaders and other powerbrokers meet behind the scenes, haggle over positions and come up with a leadership collective that would serve their interests before serving those of the public.”

If the ANC was able to reinvoke the excitement it once created by its clarity and depth of vision and was able to return to demonstrating dedication to the masses, the trend could be reversed. But it is too late for that. The ANC of today is devoted to other matters and insofar as it may come up with one or two ideas, these would not be developed for the good of the country and its people, but to avert electoral defeat.

If the ANC and no other political party is ready to rescue our democratic life, that future depends on the people, who need to unite across sectoral and class and gender and faith barriers to save the country from the ANC and for ourselves.

[Raymond Suttner is an emeritus professor at the University of South Africa. He served lengthy periods in prison and house arrest for underground and public anti-apartheid activities. His writings cover contemporary politics, history and social questions, especially issues relating to identities, violence, gender and sexualities. His Twitter handle is @raymondsuttner]