It’s never good when people who spend their entire professional lives studying the subject say you fucked up. 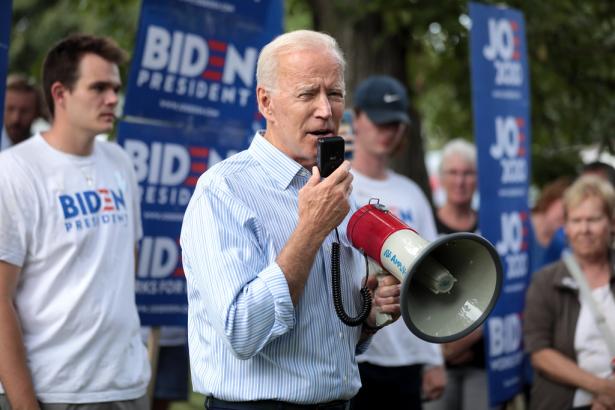 On Thursday, the Senate passed legislation by a wide bipartisan margin to impose a contract on freight rail workers that four unions rejected at the White House’s behest. The Senate also did not pass, by a margin of eight votes, additional legislation that would have given freight rail workers seven additional paid sick days, which would have gone some way towards addressing their demands. A group of more than 500 labor historians have signed a letter saying this is a terrible mistake.

Earlier this week, Tim Barker, a recent PhD graduate from Harvard, and the historian Nelson Lichtenstein at UC Santa Barbara, were among a small group of labor historians upset by President Biden’s call to pass a law that would impose contract terms of freight rail workers. They decided to make a statement “showing that a pretty overwhelming majority of people who have thought about this a lot share a common view on it,” as Barker put it in an interview with Motherboard.

That view, expressed in an open letter to Biden and Secretary of Labor Martin Walsh, was that Biden screwed up. The letter, which Barker helped write, said the historians are “alarmed” by his decision to impose a contract four unions rejected despite the “eminently just demands of the railway workers, especially those that provide them with a livable and dignified work life schedule.” Railroad workers are fighting a corporate regime that has shrunk the industry’s workforce by 30 percent in recent years then blamed crew shortages on the “supply chain” and imposed draconian work schedules that have workers tired, sick, stressed, and unable to spend meaningful time with their friends and families, all while raking in record profits. Four unions have rejected the tentative agreement and freight rail workers generally support a strike because they view the corporate greed motivating these decisions as an existential threat to their industry and the safety and economic security of the American people.

The letter warns that government intervention in railroad labor disputes, either for or against workers, have “set the tone for entire eras of subsequent history.” For example, “History shows us that the special legal treatment of rail and other transportation strikes offers the federal government—and the executive branch in particular—a rare opportunity to directly shape the outcome of collective bargaining, for good or for ill. During the Gilded Age, presidents sent armed soldiers to break rail strikes. During World War I, Woodrow Wilson and Congress averted a rail strike by giving the workers what they wanted: the eight-hour day.”

The letter concludes by calling on Biden and Walsh to renounce their intention to intervene in the dispute and put their weight behind the workers to win more paid sick days. Otherwise, the letter urges Congressional progressives to vote against the legislation, which has already passed the House and the Senate. The House also narrowly passed an additional bill, created by progressives, along party lines that gives workers an extra seven days of paid sick leave, but it fell eight votes short of passing the Senate.

The letter has been signed by more than 500 historians, Barker said, including many of the most prominent historians in the field. Barker said historians of all ages likely feel a connection to the issue for different reasons. Tenured professors like Lichtenstein who started studying labor history in the 1960s and 70s feel a connection to railroad issues because they first studied labor disputes in the 1930s and 40s or earlier which featured many railroad strikes. Barker’s generation is more directly connected to union efforts through graduate student unions, many of which are also part of public university workforces, and therefore feel a connection to the labor movement as a whole and the government’s role in it.

Kimberly Phillips-Fein, an historian at Columbia University and one of the letter’s early signatories, told Motherboard that the current situation is unique in a way that makes labor historians feel particularly invested for two reasons. First, she said, “labor historians have a keen sense of the history of transit negotiations in establishing not just working conditions for transit workers but a broader framework for the role of unions in the economy.” She cited the nationwide 1877 railroad strike, which was ultimately put down by the National Guard and federal troops, which “helped trigger both the labor organizing of the late 19th Century and also employer hostility to unions of that era, backed by state power.” With the wave of union organizing happening today, other workers considering unionizing or weighing how strongly to invest themselves in a union fight will see what is happening to rail workers, for good or ill, and it will “resonate far beyond those directly affected.”

The second reason Phillips-Fein finds the labor fight compelling is because of the way Biden framed it, as a choice between the interests of railway workers and the economy as a whole. But he didn’t have to do that. “The president could also embrace a sensibility that more explicitly identifies the interests of the country as a whole with those of the workers and their unions, rather than seeing them in opposition,” she said.

Barker also sees this moment as a chance for historians to take a more prominent role in current events. For decades, economists have dominated policy discussions, especially for anything that touches the economy. But they are losing their influence because they, generally speaking, have been wrong an awful lot. Or, as Barker put it, “economists ostensibly study the present, but their work really has almost nothing to do with the world we live in. And I think historians have much more to say about that” because historians “study the past as a dialogue between the past and present.”

It is unclear what, if anything, the letter will accomplish, but Barker will be pleased if it at least demonstrates solidarity with the freight rail workers. “I think it’s a mistake to think historians only think about the past. If you’re doing it right, you also spend a lot of time thinking about the present.”