labor The American Holiday Tradition of Firing Workers for No Reason

It’s that time of year when bosses look at their balance sheets and send employees packing. Legally, they don’t even have to explain why—and usually, they don’t. 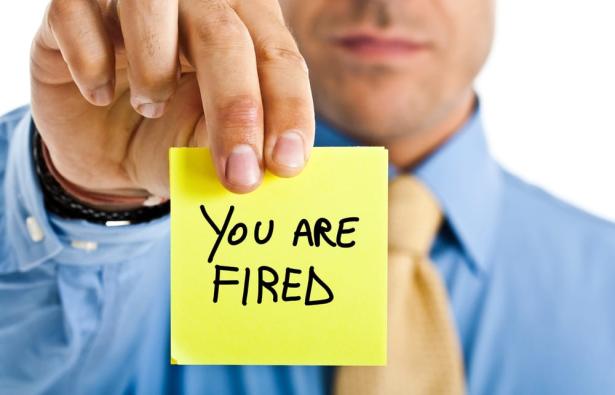 Mass layoffs are hard to track statistically because in 2013 the Obama administration, facing a statutory obligation to cut spending for the Bureau of Labor Statistics by 5 percent, eliminated the office that kept track of them. You might say the mass-layoff office got laid off. But a 2008 Forbes article that reviewed BLS’s tracking of mass layoffs over the previous 10 years found that mass layoffs consistently peaked during December, as managers scrambled to tidy up the books, and during January, as managers scrambled to begin the new year on stronger financial footing.

The tech sector led the way this year, laying off more than 50,000 peoplein November, including, famously, half of Twitter’s staff. Chief executive Elon Musk is now reportedly pondering how to lay off himself after losing a vote of confidence on Twitter. Goldman Sachs is getting ready to lay off 8 percent of its workforce. And news organizations like The Washington Post, CNN, and Gannett are laying off hundreds of workers.

In theory, getting laid off is different from getting fired. When you get laid off, it’s the boss’s fault or (more impersonally) the fault of the business cycle. When you get fired, it’s your fault. In practice, though, bosses don’t especially like taking the blame for having to cut payrolls, and business cycles don’t track precisely with mass layoffs. We’re in an economic expansion right now, but companies are laying people off because they expect a downturn next year. So really, if you get canned, you aren’t likely to get a lot of clarity about why you lost your job.

The National Employment Law Project, or NELP, a nonprofit, released a report last week that said two out of three discharged workers never get told why they’re being terminated. The layoffs, or firings, or whatever you call them, come without warning; only one out of four workers gets any warning before getting discharged, eliminating any possibility that they can avoid that fate by improving their performance. If you’re an affluent white-collar worker who gets laid off, you can usually expect to receive severance pay. But barring a union contract, your employer is under no legal obligation to grant you any severance, and two-third of workers who get laid off or fired receive no severance at all.

All this is made possible by a conception of the employer-employee relationship that is largely unique to America: “at will” employment. In most of the rest of the world, if a boss wants to fire a worker, he has to give a reason, and it has to be a good one. In Canada, for instance, the standard is “willful misconduct, disobedience, or willful neglect of duty.” Your Canadian boss can still get rid of you if you don’t meet those conditions, but he has to jump through a lot of legal hoops to do it. Here in the United States, though, I can fire you for any reason I like. Maybe I don’t like your face. So long as what I dislike about your puss has nothing to do with its hue, or with some other aspect related to ethnicity, gender, national origin, or religion, I can fire it. I can even, in many states, fire you for your political views.

I wrote “here in the United States,” but really I should have written “in 49 of the 50 states.” There is one irredeemably pinko state where, excepting a probationary period that typically lasts one year, your employer must show cause to get rid of you. That state is … Montana. Weird, huh? The show-cause requirement was imposed in 1987 through passage of a Wrongful Discharge From Employment Act. Apparently this bill began as an attempt to bring state laws into harmony with some liberal state court rulings that restricted at-will employment. Employers enlisted state legislators to keep such restrictions from getting out of hand. Instead, the legislative process itself got out of hand (in a good way) and at-will employment was eliminated entirely. Montana’s conservative Republican governor, Greg Gianforte, last year signed into law three bills watering down the law, but it’s still harder to fire somebody in Montana than in any other state. We should all work in Montana! Unfortunately, we can’t; there are only about half a million jobs there.

Have you ever gotten canned? I have—more than once! It’s an occupational hazard in journalism, especially for anybody foolish enough to stay in this business past the age of 50. I got fired from The New Republic a decade ago, when it was owned by somebody else. Nobody could give me a very clear explanation why, and the guy who told me to clean out my desk was himself told to clean out his desk about a year later.

It’s unusual to acknowledge such experiences, because it makes you sound like a failure. But it’s happened to most of my professional contemporaries at one time or another, and to nearly half the U.S. workforce. The characters in Joshua Ferris’s very funny debut novel, Then We Came to the End, about a dying advertising agency, call it “walking Spanish down the hall.”

Somebody had picked it up from a Tom Waits song, but it was an old, old expression, as we learned from our Morris Dictionary of Word and Phrase Origins. “In the days of piracy on the Spanish Main,” Morris writes, “a favorite trick of pirates was to lift their captives by the scruff of the neck and make them walk with their toes barely touching the deck.” That sounded about right to us.

Forty percent of U.S. workers have walked Spanish at some point in their lives, according to NELP, and 69 percent of these Spanish-walkers either never get told why or are given some stupid reason. Some examples of stupid reasons: A 52-year-old male worker in Indiana told NELP he got fired for being left-handed. A 29-year-old female worker in Los Angeles told NELP she got fired so that her job could be given to a cousin of one of the executives. Countless workers have gotten fired for trying to persuade co-workers to unionize. It’s illegal for bosses to do that, but it happens all the time, and in the unlikely event the National Labor Relations Board does something about it, all the employer’s on the hook for is back pay. (The spending bill introduced Tuesday, I’m pleased to report, would increase the NLRB budget by 9 percent—its first funding boost since 2014.)

Corporations’ desire to get rid of workers without telling them why, and without making them too angry when they aren’t, has been a bonanza for the motivational industry. The late Barbara Ehrenreich documented this in her 2009 book, Bright-Sided: How the Relentless Promotion of Positive Thinking Has Undermined America:

According to a “history of coaching” on the Internet, the coaching industry owed its huge growth in the 1990s to “the loss of ‘careers for life.’” AT&T sent its San Francisco staff to a big-tent motivational event called “Success 1994” on the same day the company announced that it would lay off fifteen thousand workers in the coming two years.… The message of the featured speaker—the frenetic Christian motivator Zig Ziglar—was, “It’s your own fault; don’t blame the system; don’t blame the boss—work harder and pray more.”

Ehrenreich called this “a massive experiment in mind control.” Rather than blame the boss for mismanaging the company into the red, workers are encouraged to think (to quote the old TV commercial for Total cereal) that today is the first day of the rest of your life. It’s one of several ways Ehrenreich describes in her book that Americans get steered away from addressing their problems through collective action and toward an individualist mindset that invites people to blame themselves. The result is a nation drunk on Emersonian self-reliance and haunted by feelings of inadequacy.

Sometimes, of course, people really are to blame for getting fired. But if that were the usual reason for shedding employees, the business lobby wouldn’t resist eliminating at-will employment in the 49 states that aren’t Montana. But of course they do resist it, and practice what the Mob used to call omertà, a professional code of silence. “Keep the termination meeting brief,” advises Business Management Daily. “On average, a termination meeting should last 10 to 15 minutes. Typically, the less said, the better.”

So if you happen to lose your job this holiday season, don’t be surprised if you aren’t told why. It’s the American way.

[Timothy Noah is a New Republic staff writer and author of The Great Divergence: America’s Growing Inequality Crisis and What We Can Do About It.]