Americans Must Liberate Themselves From the Oppression of Health Coverage, Say Republicans 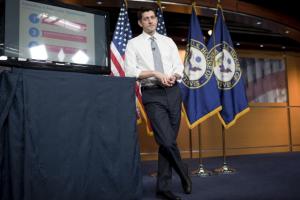 Is Paul Ryan's desire to snatch coverage from millions so he can give an enormous tax break to wealthy people utterly monstrous? Absolutely. But if nothing else, Ryan isn't trying to convince us he believes something he doesn't. Strip away the complex politics involved and it becomes evident that Republican proposals are based upon the belief that, as Ayn Rand preached, the government has no obligation to help anyone.
December 24, 2014

It's a Wonderful Life, Comrade - Hollywood Movie Investigated by FBI, with Help from Ayn Rand 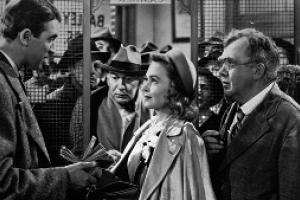 Ayn Rand helped the FBI investigate whether `It's a Wonderful Life' was commie propaganda. When the movie first came out, it fell under suspicion from the FBI and the House Un-American Activities Committee (HUAC) as Communist propaganda, part of the Red Scare that soon would lead to the blacklist and witch hunt that destroyed the careers of many talented screen and television writers, directors and actors.
Subscribe to Ayn Rand