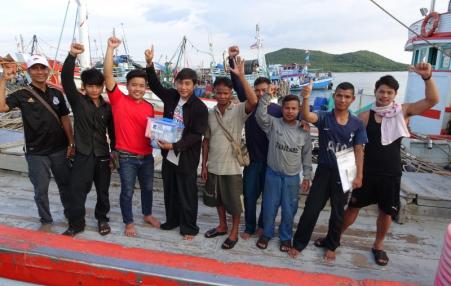 In a country where migrant workers fear deportation, and in an industry where employers often physically abuse workers, the process of union-building is a slow task that requires building relationships of trust amongst fishers.
March 23, 2017 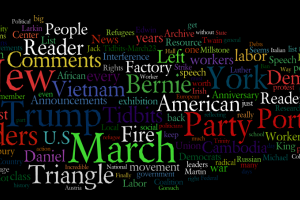 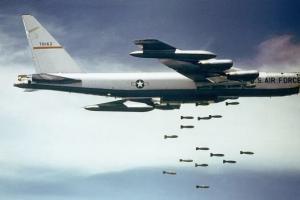 Half a century after United States B-52 bombers dropped more than 500,000 tonnes of explosives on Cambodia's countryside Washington wants the country to repay a $US500 million ($662 million) war debt. The demand has prompted expressions of indignation and outrage from Cambodia's capital, Phnom Penh.
February 2, 2015

Jasmin Malik Chua ecouterre
Three 17-year-old Norwegian fashion bloggers travel to Cambodia for an online reality series experiencing a month long life of a Cambodian garment worker and get an up close idea about exploitation and H&M profits. 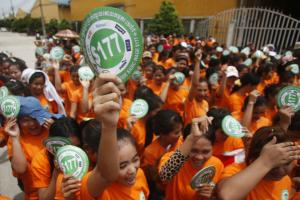 Cambodian garment workers have been engaged in militant workplace actions to demand higher wages. Despite anti-union violence, including killings and arrests, workers continue to strike for better wages and working conditions. 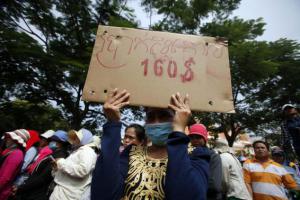 For global companies that have shifted production to Southeast Asia's low-cost manufacturing hub, greater cross-boarder labor coordination could mean less room for wage bargaining, a squeeze on profits and maybe even higher price tags on anything from shoes and clothing to cars and electronics appliances. But even as wages rise, labor activists are confident they aren't at risk of pricing themselves out of the market. 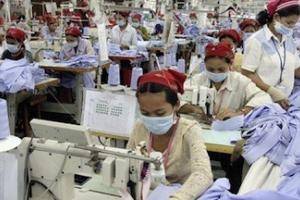 Three years ago, when the Cambodian minimum wage was $61 per month, 200,000 workers took to the streets to ask for a raise. It was the largest-ever strike in the garment sector, but, after just three days, it came to an anticlimactic halt due to police violence and threats against union leaders. Then the "neak ta" appeared. Mass faintings in factories spread throughout Cambodia, and employers' took notice.

Despite Violence, Cambodian Workers Vow To Continue Their Fight

Michelle Chen In These Times 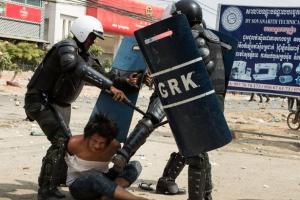 Since December of last year, garment workers in Cambodia have been fighting to raise the minimum wage. The government has responded with violence, resulting in the death of five workers. 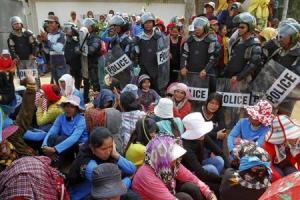 Low-cost labor has attracted Western brands to the Southeast Asian country and garments now account for around 75 percent of its exports, but strikes over pay and working conditions have become common. Thousands of workers at Sabrina (Cambodia) Garment Manufacturing Corp went on strike for higher pay from May 21.
May 28, 2013 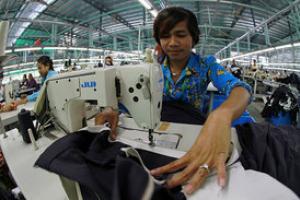 The Cambodian factory workers were protesting the western sportswear giant in a plea for fairer pay.
Subscribe to Cambodia