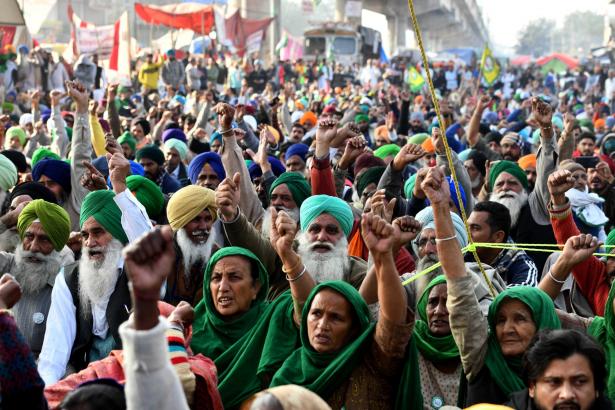 From Nepal to India, Thailand to Myanmar, people are taking to the streets – or social media – to demand change.

The farmers’ organisations announced that the protesters agitating against the three contentious farm laws will be marching towards Parliament on foot in the first week of May after more than four months of protest. the farmers' unions also announced that they will be inviting the central trade unions to celebrate May Day at all borders together.

The success of today’s civil disobedience movement comes from decades of behind-the-scenes activism to build a multi-ethnic civil society and an independent media under military dictatorship — well before the democratisation process began just over a decade ago.

Are big changes in store for the leadership and politics of the Communist Party?

Four panelists explore the different connotations of Hong Kong localism, and discuss points of contention and opinions related to the critique of the right turn of Hong Kongers and diaspora since the 2020 movement.

It’s crucial for the Left and progressive forces in Malaysia to rebuild a social movement that fights for genuine democracy and social justice — a movement that cuts across racial and religious lines.

Young Japanese are less likely to protest than previous generations due to fears of violence and heightened life pressures. If they do feel strongly about an issue, they'll have their say in an online space.

The industrialization and commercialization in Cambodia are rapidly increasing, leading to the rising labor force. We illustrate incidents and problems encountered by the workers, by having them speak up for their own. The authority and employers are also interviewed for their sides of the stories.

Left parties from the Asia-Pacific region have spoken out in solidarity with the Peoples’ Democratic Party (HDP), the third largest party in the Turkish parliament, now in the process of being banned by the dictatorial Recep Tayyip Erdoğan regime.

The magazine is titled Quistioni (referring to the way in which Antonio Gramsci indicated the matters, the problems), because in each monographic issue of the magazine we want to tackle a problem and contribute, in this way, to the building of a common alternative project at the European level.