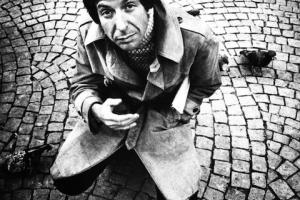 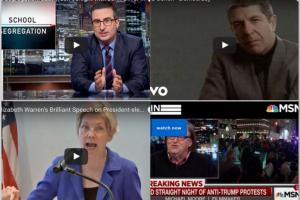 Elizabeth Warren | 'Why We Are Angry'. Leonard Cohen | Democracy. John Oliver: School Segregation. Michael Moore: Get Out and Protest. Millions Sign Onto Call for Electoral College to Award the Presidency to Popular Vote Winner Clinton.

Democracy is coming to the USA ("the cradle of the best and the worst"), Leonard Cohen wrote, "It's coming from the sorrow in the street / The holy places where the races meet." Cohen died this week, but we can still take his defiant, sardonic optimism into the streets with us. 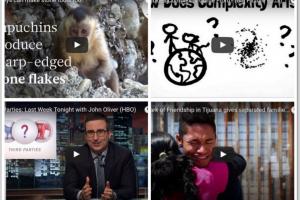 John Oliver | Third Parties. Leonard Cohen | You Want It Darker. Where Does Complexity Come From? The Park of Friendship in Tijuana. Monkeys Can Make Stone Tools Too.

Leonard Cohen | You Want It Darker

Music video by Leonard Cohen performing You Want It Darker.

Eleanor Lerman The Poet
The poet explains the transition between these two poems and reveals a mordant humor.: "That Sure is My Little Dog," written some years ago, arose from what I felt at the time was a lack of political outrage on the left, particularly among younger people, but by the time of Occupy Wall Street, I was feeling more hopeful about my generation (the Woodstock era folks) passing the banner on to the next.generation. Which leads us to the second poem, "Leonard Cohen's Guitar."
April 3, 2015 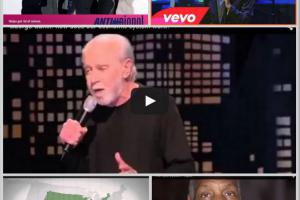 The Next System Project. Wealth Inequality in America. George Carlin: How Does Our Economic System Work? Leonard Cohen -- Everybody Knows. Introducing Anti-Unionol. 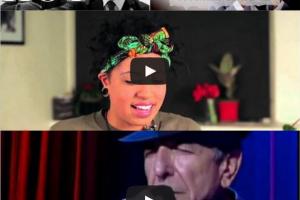 Bryan Stevenson: We Need to Talk About Injustice. Leonard Cohen: Democracy Is Coming to the USA. What Does the PISA Report Tell Us About U.S. Education? Chiara de Blasio Tells Her Story. Merry Christmas: No More Unemployment Benefits. President Barack Obama - Drop It Like It's Hot.
Subscribe to Leonard Cohen