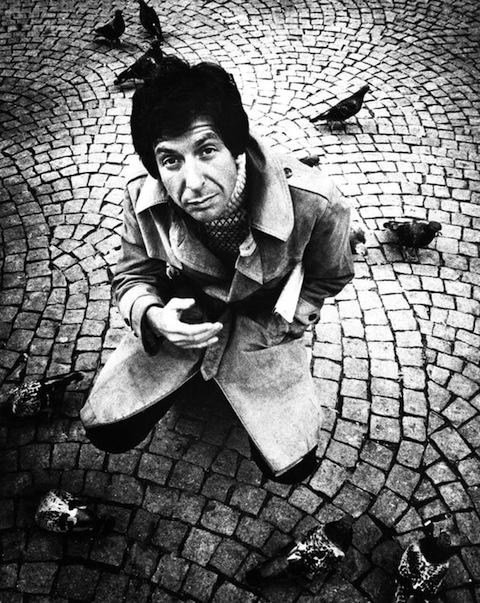 "It is with profound sorrow we report that legendary poet, songwriter and artist, Leonard Cohen has passed away," the statement read. "We have lost one of music's most revered and prolific visionaries. A memorial will take place in Los Angeles at a later date. The family requests privacy during their time of grief." A cause of death was not given.

After an epic tour, the singer fell into poor health. But he dug deep and came up with a powerful new album

"My father passed away peacefully at his home in Los Angeles with the knowledge that he had completed what he felt was one of his greatest records," Cohen's son Adam wrote in a statement to Rolling Stone. "He was writing up until his last moments with his unique brand of humor."

Before his death, the songwriter requested that he be laid to rest "in a traditional Jewish rite beside his parents, grandparents and great-grandparents," his rabbi Adam Scheier wrote in a statement.

"Unmatched in his creativity, insight and crippling candor, Leonard Cohen was a true visionary whose voice will be sorely missed," his manager Robert Kory wrote in a statement. "I was blessed to call him a friend, and for me to serve that bold artistic spirit firsthand, was a privilege and great gift. He leaves behind a legacy of work that will bring insight, inspiration and healing for generations to come."

Cohen was the dark eminence among a small pantheon of extremely influential singer-songwriters to emerge in the Sixties and early Seventies. Only Bob Dylan exerted a more profound influence upon his generation, and perhaps only Paul Simon and fellow Canadian Joni Mitchell equaled him as a song poet.

Cohen's haunting bass voice, nylon-stringed guitar patterns and Greek-chorus backing vocals shaped evocative songs that dealt with love and hate, sex and spirituality, war and peace, ecstasy and depression. He was also the rare artist of his generation to enjoy artistic success into his Eighties, releasing his final album, You Want It Darker, earlier this year.

"For many of us, Leonard Cohen was the greatest songwriter of them all," Nick Cave, who covered Cohen classics like "Avalanche," "I'm Your Man" and "Suzanne," said in a statement. "Utterly unique and impossible to imitate no matter how hard we tried. He will be deeply missed by so many."

Leonard Norman Cohen was born on September 21st, 1934, in Westmount, Quebec. He learned guitar as a teenager and formed a folk group called the Buckskin Boys. Early exposure to Spanish writer Federico Garcia Lorca turned him toward poetry – while a flamenco guitar teacher convinced him to trade steel strings for nylon. After graduating from McGill University, Cohen moved to the Greek island of Hydra, where he purchased a house for $1,500 with the help of a modest trust fund established by his father, who died when Leonard was nine. While living on Hydra, Cohen published the poetry collection Flowers for Hitler (1964) and the novels The Favourite Game (1963) and Beautiful Losers (1966).

Frustrated by poor book sales, and tired of working in Montreal's garment industry, Cohen visited New York in 1966 to investigate the city's robust folk-rock scene. He met folk singer Judy Collins, who later that year included two of his songs, including the early hit "Suzanne," on her album In My Life. His New York milieu included Andy Warhol, the Velvet Underground, and, most importantly, the haunting German singer Nico, whose despondent delivery he may have emulated on his exquisite 1967 album Songs of Leonard Cohen.

Cohen quickly became the songwriter's songwriter of choice for artists like Collins, James Taylor, Willie Nelson and many others. His black-and-white album photos offered an arresting image to go with his stark yet lovely songs. His next two albums, Songs From a Room (1969) and Songs of Love and Hate (1971), benefited from the spare production of Bob Johnston, along with a group of seasoned session musicians that included Charlie Daniels.

During the Seventies, Cohen set out on the first of the many long, intense tours he would reprise toward the end of his career. "One of the reasons I'm on tour is to meet people," he told Rolling Stone in 1971. "I consider it a reconnaissance. You know, I consider myself like in a military operation. I don't feel like a citizen." His time on tour inspired the live sound producer John Lissauer brought to his 1974 masterpiece, New Skin for the Old Ceremony. However, he risked a production catastrophe by hiring wall-of-sound maximalist Phil Spector to work on his next album, Death of a Ladies Man, whose adversarial creation resulted in a Rolling Stone review titled "Leonard Cohen's Doo-Wop Nightmare."

Cohen's relationship with Suzanne Elrod during most of the Seventies resulted in two children, the photographer Lorca Cohen and Adam Cohen, who leads the group Low Millions. Cohen was well known for his wandering ways, and his most stable relationships were with backing singers Laura Branigan, Sharon Robinson, Anjani Thomas, and, most notably, Jennifer Warnes, who he wrote with and produced (Warnes frequently performed Cohen’s music). After indulging in a variety of international styles on Recent Songs (1979), Cohen accorded Warnes full co-vocal credit on 1984's Various Positions.

Various Positions included "Hallelujah," a meditation on love, sex and music that would become Cohen's best-known composition thanks to Jeff Buckley's incandescent 1994 reinterpretation. Its greatness wasn't recognized by Cohen's label, however. By way of informing him that Columbia Records would not be releasing Various Positions, label head Walter Yetnikoff reportedly told Cohen, "Look, Leonard; we know you're great, but we don't know if you're any good." Cohen returned to the label in 1988 with I'm Your Man, an album of sly humor and social commentary that launched the synths-and-gravitas style he continued on The Future (1992).

In 1995, Cohen halted his career, entered the Mt. Baldy Zen Center outside of Los Angeles, became an ordained Buddhist monk and took on the Dharma name Jikan ("silence"). His duties included cooking for Kyozan Joshu Sasaki Roshi, the priest and longtime Cohen mentor who died in 2014 at the age of 104. Cohen broke his musical silence in 2001 with Ten New Songs, a collaboration with Sharon Robinson, and Dear Heather (2004), a relatively uplifting project with current girlfriend Anjani Thomas. While never abandoning Judaism, the Sabbath-observing songwriter attributed Buddhism to curbing the depressive episodes that had always plagued him.

The final act of Cohen's career began in 2005, when Lorca Cohen began to suspect her father's longtime manager, Kelley Lynch, of embezzling funds from his retirement account. In fact, Lynch had robbed Cohen of more than $5 million. To replenish the fund, Cohen undertook an epic world tour during which he would perform 387 shows from 2008 to 2013. He continued to record as well, releasing Old Ideas (2012) and Popular Problems, which hit U.S. shops a day after his eightieth birthday. "[Y]ou depend on a certain resilience that is not yours to command, but which is present," he told Rolling Stone upon its release. "And if you can sense this resilience or sense this capacity to continue, it means a lot more at this age than it did when I was 30, when I took it for granted."

When the Grand Tour ended in December 2013, Cohen largely vanished from the public eye. In October 2016, he released You Want It Darker, produced by his son Adam. Severe back issues made it difficult for Cohen to leave his home, so Adam placed a microphone on his dining room table and recorded him on a laptop. The album was met with rave reviews, though a New Yorker article timed to its release revealed that he was in very poor health. "I am ready to die," he said. "I hope it's not too uncomfortable. That's about it for me."

The singer-songwriter later clarified that he was "exaggerating." "I’ve always been into self-dramatization," Cohen said last month. "I intend to live forever.”