Elizabeth Warren | 'Why We Are Angry'. Leonard Cohen | Democracy. John Oliver: School Segregation. Michael Moore: Get Out and Protest. Millions Sign Onto Call for Electoral College to Award the Presidency to Popular Vote Winner Clinton. 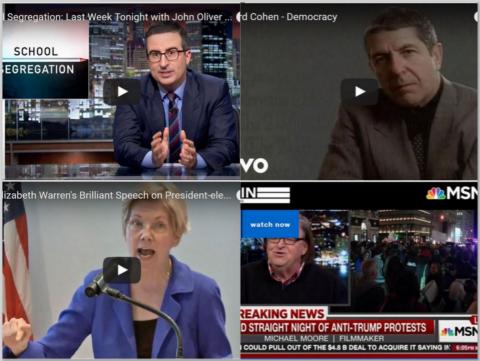 To watch a video, click on an image below,
Elizabeth Warren | 'Why We Are Angry' 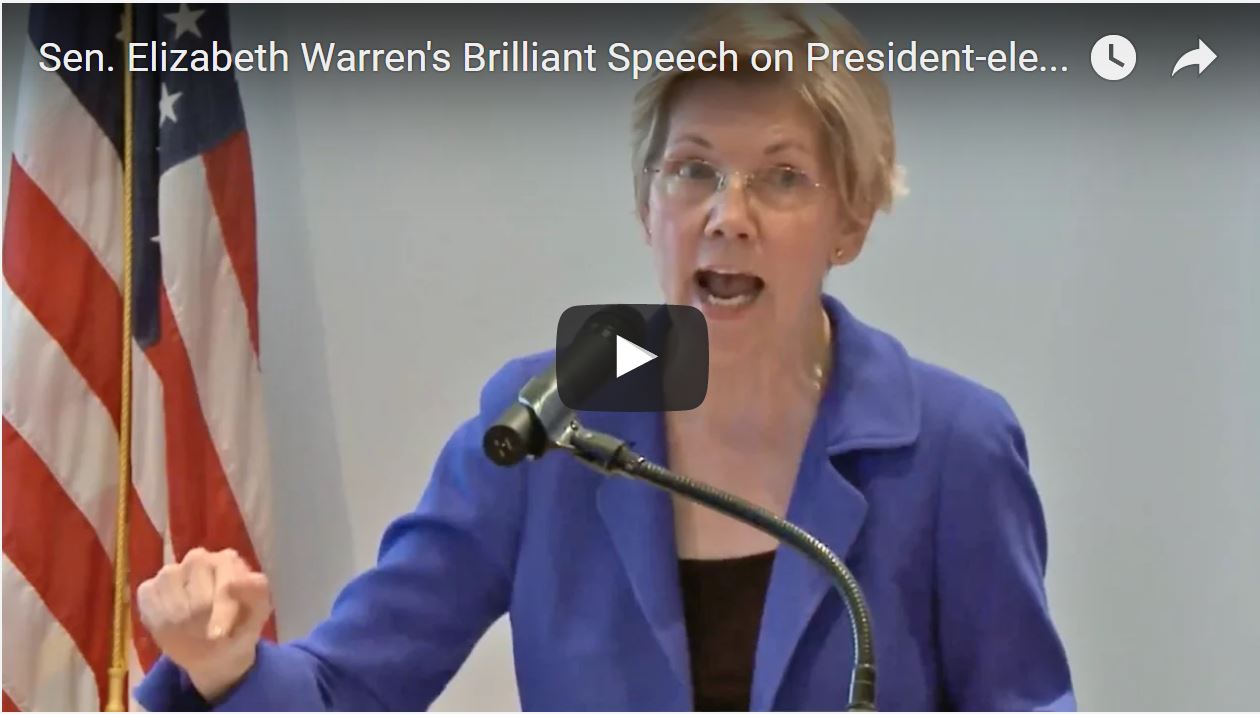 Sen. Elizabeth Warren at the AFL-CIO tears the mask from Donald Trump program for oligarchy and pledges, "We will stand up to bigotry, no compromises ever on this question."
Leonard Cohen | Democracy 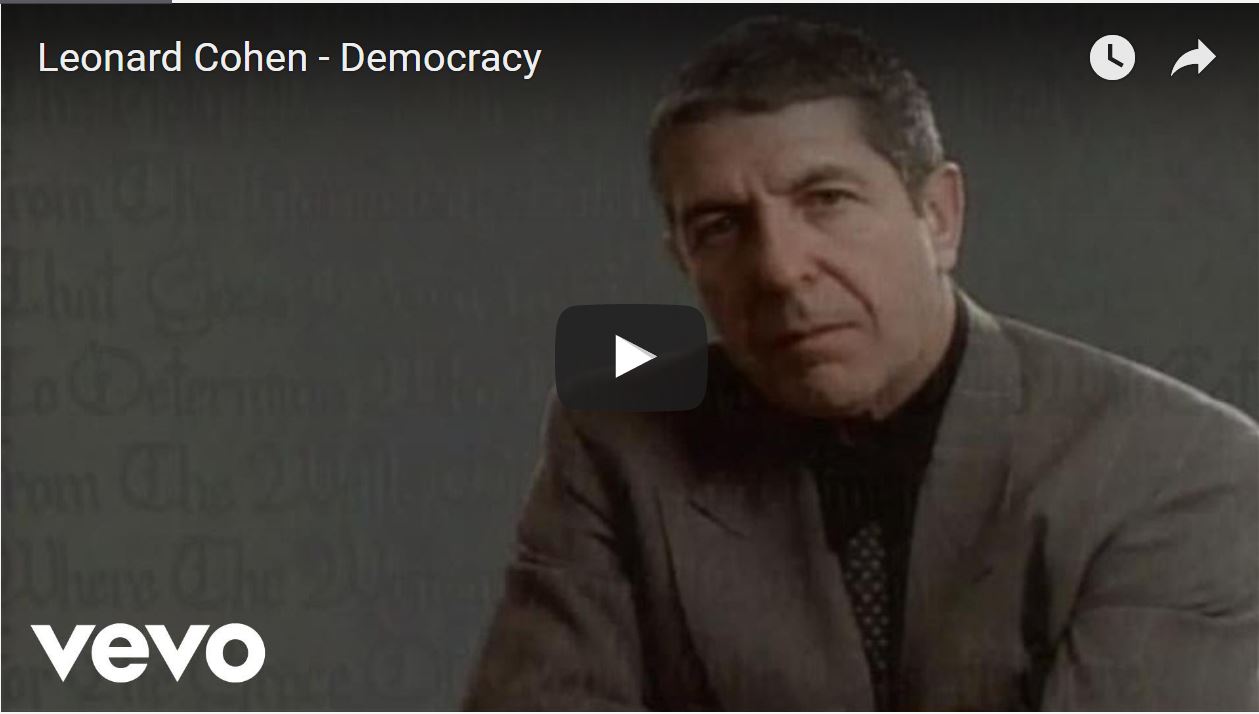 Democracy is coming to the USA ("the cradle of the best and the worst"), Leonard Cohen wrote, "It's coming from the sorrow in the street / The holy places where the races meet." Cohen died this week, but we can still take his defiant, sardonic optimism into the streets with us.
John Oliver: School Segregation 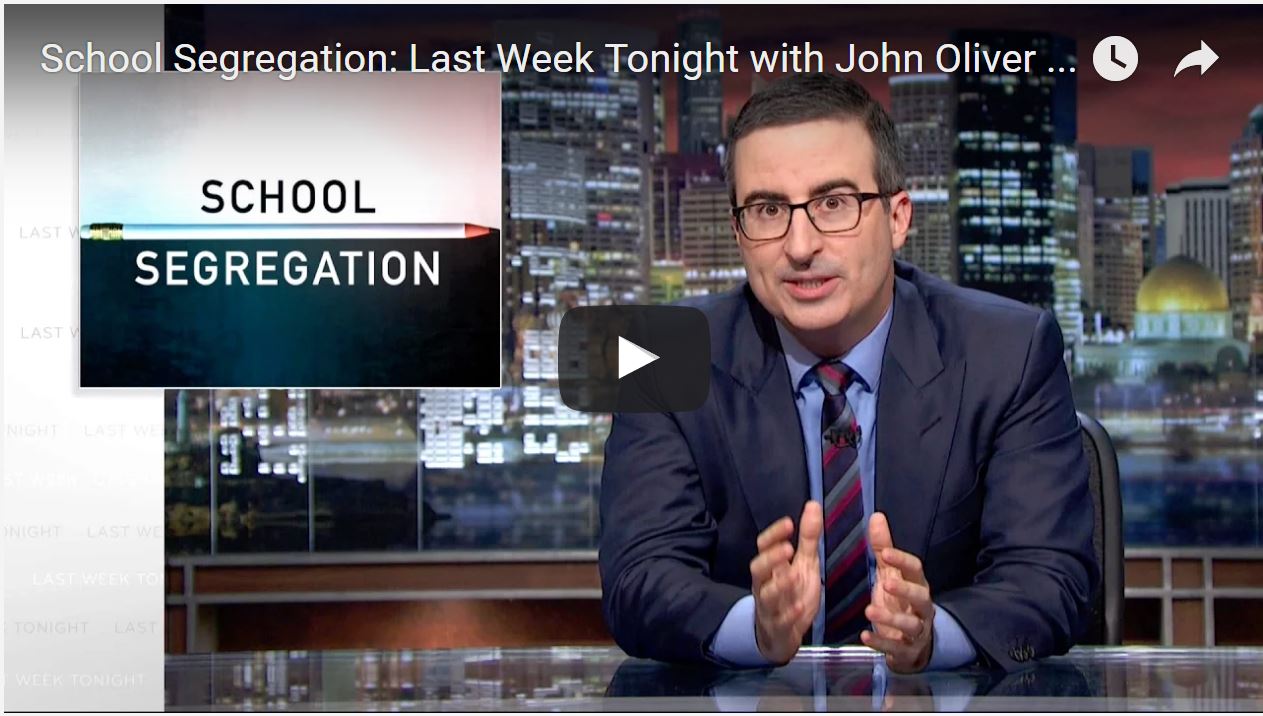 Public schools are increasingly divided by race and class. John Oliver discusses the troubling trend towards school resegregation.
Michael Moore: Get Out and Protest 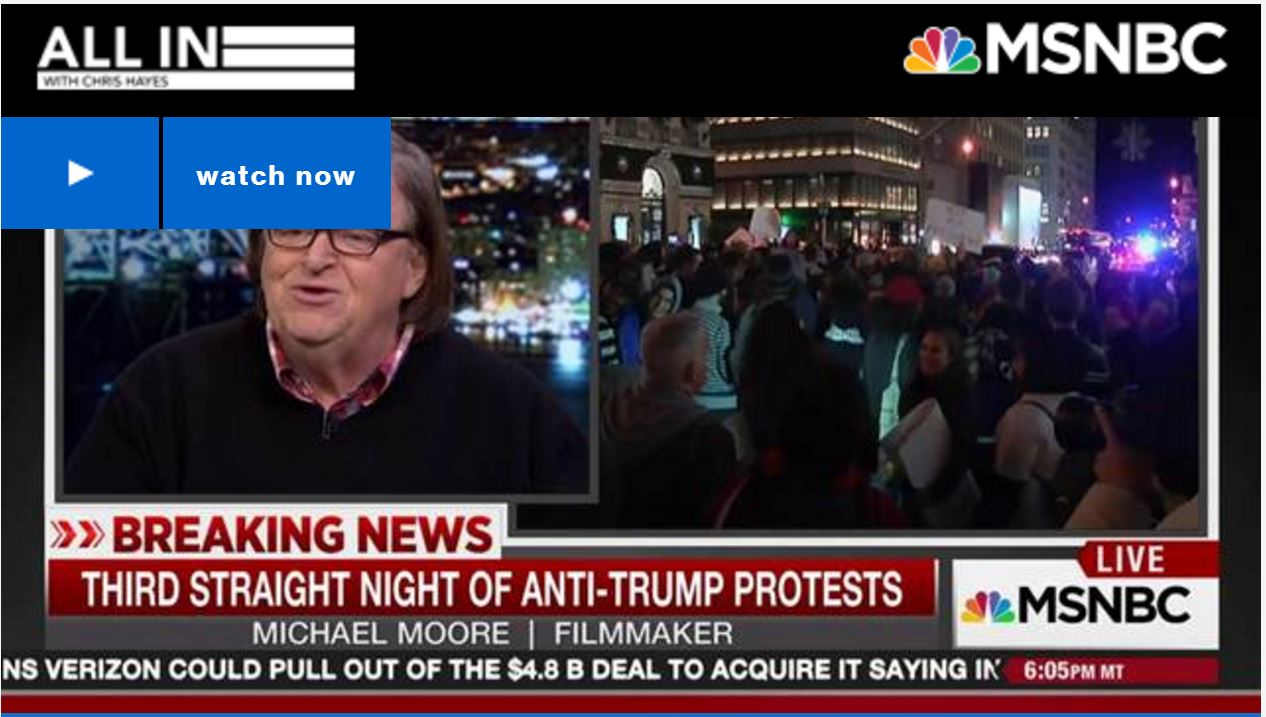 The filmmaker says the demonstrations that have broken out in the wake of Donald Trump's victory are only going to get bigger.
Millions Sign Onto Call for Electoral College to Award the Presidency to Popular Vote Winner Clinton 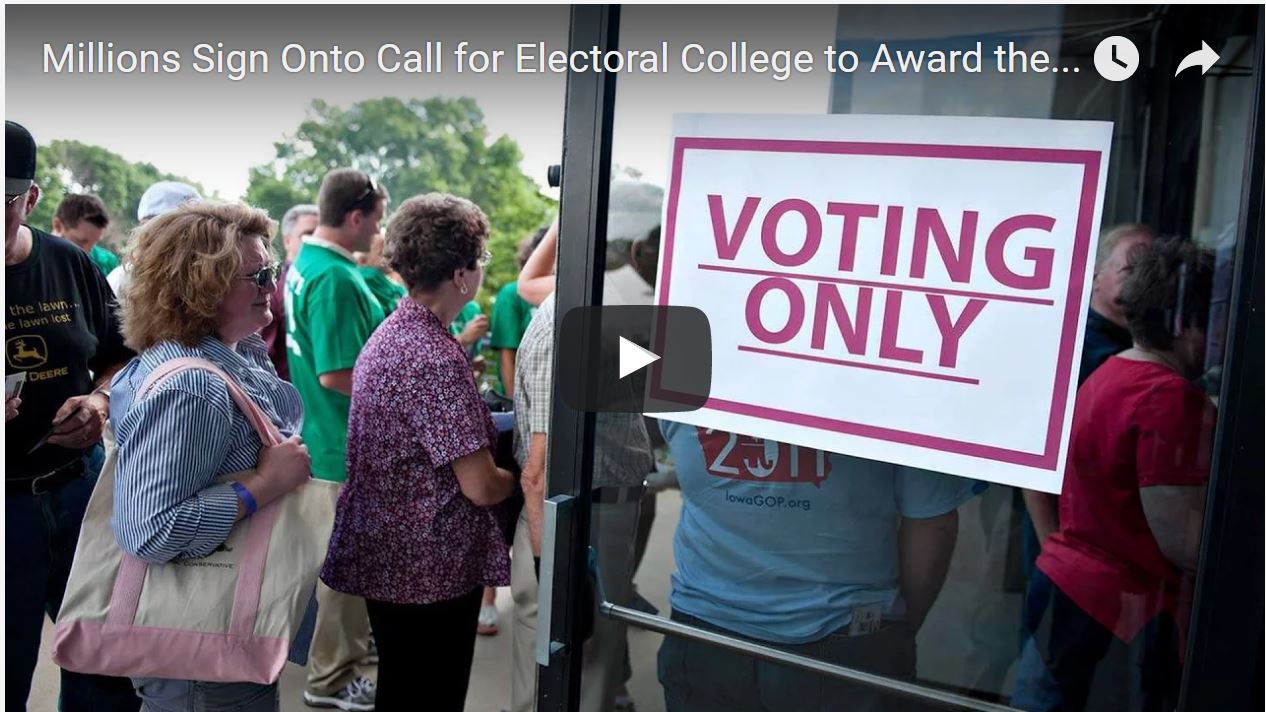 Millions sign petition for the Electoral College to elect the Hillary Clinton, who received the most votes, as president. The chair of the National Popular Vote Initiative explains how to assure that the top vote getter will win.