Cora Lewis BuzzFeed News
The August decision by the National Labor Relations Board to allow grad students to organize is going to help boost the youth vote for Hillary Clinton. The Service Employees International Union is using them for voter registration drives on 45 campuses in 16 states. 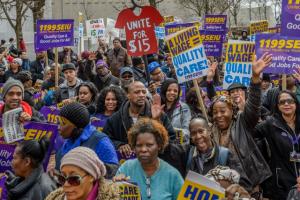 Minimum Wage Activists Turn Their Focus to the South 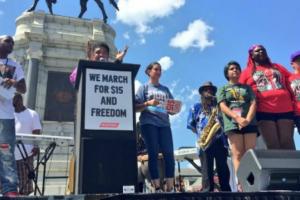 The Fight for 15 movement says it will push to raise the minimum wage in the states and cities of the “former Confederacy.” In a written “Richmond Resolution,” the movement pledged to “support legislative action to raise minimum wage floors across cities and states that were once part of the Confederacy” and to “challenge wealthy and powerful political interests that claim to care for ordinary families but nullify any attempt to raise our wages.” 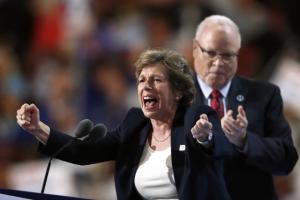 The labor movement's agenda was on full display at the Democratic National Convention in Philadelphia. Union delegates numbered roughly one-quarter of the convention’s 4,000-plus delegates. Still, there were stark reminders that labor has struggled to keep at bay the party’s coziness with corporations, especially those of the Silicon Valley disruption variety. Ride-hailing giant Uber—not unionized taxi cabs—served as the DNC’s exclusive shuttle service.

Tim Devaney The Hill
The 2 million member Service International Union (SEIU) endorses Senator Hillary Clinton. "In addition to the SEIU, Clinton has won the backing of the American Federation of State, County and Municipal Employees, which represents 1.6 million public sector workers, as well as the American Federation of Teachers and the National Education Association."

Annie Karni POLIITCO
The Service Emlpoyees International Union Executive Committee is meeting in the mid-September and is expected to endorse Hillary Clinton. "Internal polls show Clinton coming out on top, SEIU officials told POLITICO - 75 percent of members felt favorable about her, when compared to the other candidates." Bernie Sanders supporters are circulating a petition requesting that the union hold off an endorsement at this time.

Adjuncts Struggle to Unionize at a Liberal College 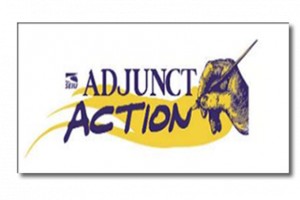 Adjuncts make up about 70% of the American professoriate. Adjuncts usually make $20,000–$25,000 a year, often by teaching courses at various institutions each semester. They have no job security, and frequently receive no health or retirement benefits. But they have begun fighting to improve their lot. SEIU is organizing in several states. 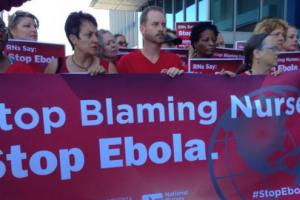 What Happens When the Person Taking Care of Your Mom Can’t Earn a Living Wage? 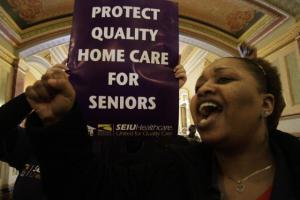 When the Supreme Court ruled that unions could not collect dues from the home-care workers they represent, the justices set workers and their clients on a course that could harm them both.