labor Regulators Crack Down on Classifying Workers as Contractors

In recent months, regulators have demanded millions of dollars from companies that hired independent contractors to hang drywall, install cable, staff call centers, give manicures and perform other jobs in which the government said workers were really functioning as company employees. 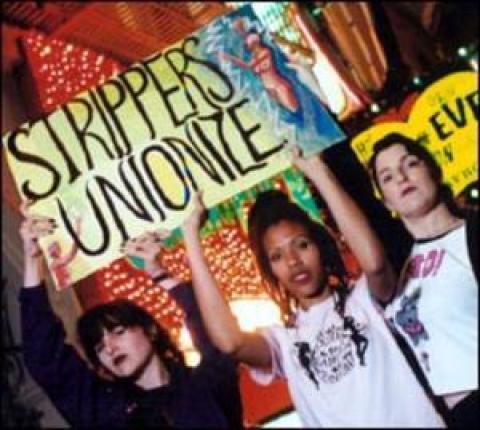 Exotic dancers have fought against their classification as independent contractors.,

A crackdown on businesses that treat some workers as independent contractors is causing a stir in industries from trucking to exotic dancing.

At issue is whether the companies improperly classify employees to avoid paying overtime and payroll taxes.

In recent months, regulators have demanded millions of dollars from companies that hired independent contractors to hang drywall, install cable, staff call centers, give manicures and perform other jobs in which the government said workers were really functioning as company employees.

Some companies are pushing back. Last month a Texas oil-field-services company scored a rare legal victory against the Labor Department, which claimed that the company owed more than $6 million in back pay to its independent contractors.

"We felt we were right from the get-go," said Bert Steindorf, founder and chairman of Gate Guard Services LP, which based in Corpus Christi. The company hires contractors equipped with their own recreational vehicles to monitor gate traffic at remote energy and construction sites.

Gate Guard sued the Labor Department in federal court in 2010 after the agency told the company to reclassify its gate attendants as employees and pay them back wages. A federal judge ruled that the workers were independent contractors and dismissed the department's enforcement action.

A Labor Department spokeswoman said the agency is reviewing the ruling and "evaluating options for moving forward."

But as the lawsuits pile up and more states weigh laws to limit companies' ability to hire contractors, employment lawyers warn that businesses that engage in the practice, even those that do so legally, can expect to find themselves in the hot seat.

Employers "need to be looking at the issue before the [Labor Department] comes knocking," said Tammy McCutchen, a former administrator of the department's wage-and-hour division who now is an attorney at law firm Littler Mendelson PC

Labor advocates and regulators say businesses commonly misclassify workers, depriving them of unemployment insurance and other protections and diverting billions of dollars a year from state and federal coffers. Studies by several states estimate that anywhere from 10% to 30% of employers misclassify workers.

States began aggressively investigating the practice after the recession as cash-strapped governments sought to recover hundreds of millions of dollars in unpaid taxes and losses to unemployment-insurance and workers' compensation funds.

The issue also has become a federal priority. In 2011 the Internal Revenue Service and the Labor Department announced a multiagency push to rein in misclassification. Since then the department has collected $9.5 million in back wages for more than 11,400 workers it says were misclassified, and has sought more than $70 million from Congress to fund the effort.

"This is probably one of the biggest issues facing employers today with respect to their workforce," said Annette Idalski, an employment litigator with law firm Chamberlain, Hrdlicka, White, Williams & Aughtry, which represented Gate Guard in the Texas case.

FedEx Corp. FDX +1.99% has tussled for years over its practice of classifying its U.S. delivery drivers as independent contractors, fending off lawsuits by drivers in more than 20 states. While some state and federal judges have ruled in favor of FedEx, the company has tinkered with the terms of its arrangements with contractors in some states. In 2008 it agreed to pay $26.8 million to settle a California lawsuit on the matter.

The company's FedEx Ground subsidiary saidthat more than 100 state and federal rulings support the company's position that "FedEx Ground independent contractors are properly classified as small businesses, and not employees."

The line between the two isn't always clear. Regulators use various tests that look at the degree of supervision by the employer, whether workers supply their own tools, how permanent the arrangement is and whether the job requires specialized or unusual skills.

"The question really is, are these people in business for themselves?" said Catherine K. Ruckelshaus, the legal co-director of the National Employment Law Project, an advocacy group that is based in New York for the unemployed and working poor.

Exotic dancers sued Spearmint Rhino Cos. Worldwide Inc. in 2009 alleging that the strip-club operator hired them as independent contractors but kept strict control over their work hours and conduct. While the dancers pay for their own costumes and makeup, they get no special training and don't "have the opportunity to exercise the business skills and initiative necessary to elevate their status to that of independent contractors," the lawsuit said.

Spearmint Rhino settled the suit last November for $12.9 million. A lawyer for the company said settlement terms restricted the company from commenting.

In the Gate Guard ruling, a federal judge noted that the company's gate attendants were hired on a project basis, received no training or supervision and were free to hire subcontractors to monitor the gates if they chose to leave the site.

Mr. Steindorf, the firm's founder, said he has done business this way for years without any complaints from the gate attendants.

Industries that historically have treated some workers as independent contractors may have an edge when their hiring practices come under scrutiny, said Michael Puma, a partner in Morgan Lewis & Bockius LLP's labor and employment practice. But even they aren't immune from regulatory pressures.

Labor advocates say that the drivers should be treated as employees, because most of them can work for just one company at a time and they can't negotiate rates. "It's a profitable way to run a business—it's an illegal way, but it's profitable," said Coral Itzcalli, a spokeswoman for Change to Win, a national labor federation that represents unionized truckers and service workers and is pushing to have port drivers classified as employees.

Prasad Sharma, general counsel of the American Trucking Associations, said the industry's approach dates to the 1930s and works well for shipping companies and drivers. But as more states pass laws intended to limit the use of independent contractors, Mr. Sharma said, the group is concerned that the practice will "get legislated out of existence."