It would be easy to think that the Atlanta cheating scandal by adults on standardized tests is the worst we have seen, given last week’s startling indictment against former Atlanta schools superintendent Beverly Hall and 34 others under a law used against mobsters. 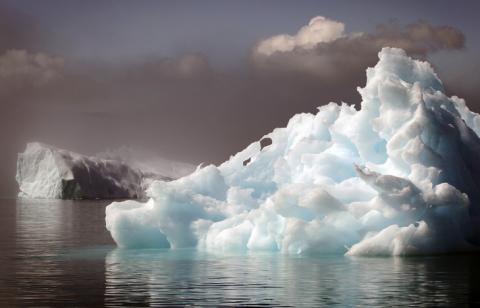 It would be easy to think that the Atlanta cheating scandal by adults on standardized tests is the worst we have seen, given last week’s startling indictment against former Atlanta schools superintendent Beverly Hall and 34 others under a law used against mobsters.

In the past four academic years, test cheating has been confirmed in 37 states and Washington D.C. (You can see details here, and, here, a list of more than 50 ways that schools can manipulate test scores.)  The true extent of these scandals remain unknown, and, as Michael Winerip of The New York Times shows here in this excellent article, it is very hard to get to the bottom of these scandals. In Atlanta, it took the will of two governors who allowed investigators to go in with a lot of time and subpoena power.

Atlanta, in fact, is the tip of a national test-score manipulation “iceberg,” according to Bob Schaeffer, public education director of the National Center for Fair and Open Testing, or FairTest, a nonprofit dedicated to ending the misuse of standardized tests. The cause? Pressure by politicians on educators to boost standardized exam results “by hook or by crook” to meet the requirements of laws that purport to promote student achievement but don’t.

The indictment against Hall and the others, which came down on Friday, explains the dynamic this way:

Over time, the unreasonable pressure to meet annual APS [Atlanta Public Schools] targets led some employees to cheat on the CRCT [Criterion Referenced Competency Tests].  The refusal of Beverly Hall and her top administrators to accept anything other than satisfying targets created an environment where achieving the desired end result was more important than the students’ education.

Anyone following school reform over the past decade knows exactly what happened. Under No Child Left Behind, president George W. Bush’s chief education initiative, and then Race to the Top, President Obama’s central education program, placed increasingly high stakes on standardized test scores. They had to go up, or else there would be negative consequences not just for students but schools and teachers and principals.

Those mandates became coupled with a “no excuse” management push by school reformers who said teachers had, well, no excuse not to raise their students’ test scores. Not a lack of materials. Not an overcrowded classroom. Not students who were hungry or sick or traumatized from living in violent communities. Nothing.

Then we started hearing story after story about so-called “miracle schools” where scores shot up, seemingly overnight. The miracles never really panned out.

In New York City, for example, Joel Klein became chancellor of the largest public school system in the country in 2002 and proceeded to institute a no-excuses mentality, attacking teachers unions, closing public schools and pushing the expansion of charter school. He touted a rise in standardized test scores, until, that is, it became clear that the test score improvements were phony. In 2010, state officials revealed that scores had been inflated, and thousands of parents who thought their children were performing on grade level learned that they weren’t. Klein quickly left his job and went to work for Rupert Murdoch.

Allegations of cheating in Washington D.C. under former chancellor Michelle Rhee have never really been resolved, despite some investigative efforts.  A “Frontline” television documentary earlier this year reminded us that student standardized-test scores at an award-winning D.C. school dropped dramatically in 2011 after the principal tightened security out of concern about possible cheating, and it raised questions about whether question persistent suspicions of adult cheating have been properly examined.

Atlanta’s testing scandal was so broad and deep that a grand jury indicted Hall and other administrators and educators under a law that had been used to prosecute members of the Gambino family. Prosecutors alleged that Hall had run a “corrupt” organization that used test scores to financially reward and punish teachers.

Atlanta, though, wasn’t the only place in Georgia where serious test cheating was uncovered. In 2011, an investigation led to a report that detailed a standardized test cheating scandal in Dougherty County School System. Implicated were 49 educators, including 11 principals. A key reason for the “disgraceful” cheating, investigators said, was pressure to meet No Child Left Behind requirements.

There have been testing scandals in recent years in, among other cities, Cincinnati, Baltimore, Detroit, Houston, Los Angeles, Newark and Philadelphia, FairTest reported.  Said Schaeffer:

The public learned the horrible scope of the Atlanta conspiracy because the Atlanta Journal Constitution and elected officials, including two Georgia governors, invested the time and human resources needed to dig up the facts. In other jurisdictions, cursory reviews of equally odd test score patterns — often by personnel from the school district in question who lack professional investigative or law enforcement skills — have identified only the most egregious cases of test cheating.

The solution to the school test cheating problem is not simply stepped up enforcement. Instead, testing misuses must end because they cheat the public out of accurate data about public school quality at the same time they cheat many students out of a high-quality education.