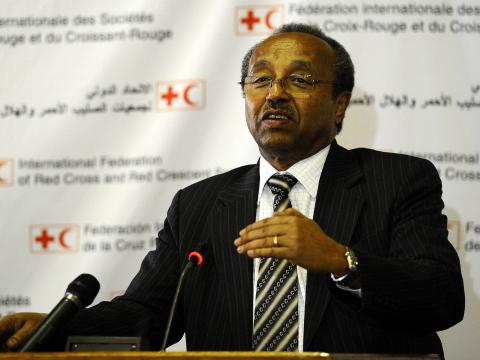 Rocketing unemployment and poverty in some areas of Europe could lead to rising civil unrest, unless governments take measures to address the humanitarian consequences of austerity measures, the secretary-general of the International Federation of Red Cross and Red Crescent Societies (IFRC) has warned.

Bekele Geleta's caution comes as police battle with rioters in Stockholm, where high unemployment and social deprivation in migrant communities have been blamed for a week of violence.

As Europe continues to grapple with the financial crisis, the situation for many young people is dire. More than half of under-25s are out of work in Greece and Spain. In some areas of Greece, that figure has hit 75 per cent, while in Portugal youth unemployment soared from around 30 per cent two years ago to 43 per cent now.

"If the number does not start being affected and start coming down, the more uneasy people become," Mr Geleta told The Independent. "I don't rule out social exclusion, tensions, uneasiness and unrest, because if people don't have anything to do, and if people don't see anything in the future, there is mental agitation, there is political agitation."

Europe is experiencing its biggest depression since the end of the Second World War, with the number of people receiving food aid from the IFRC nearly doubling from 2.3 million in 2009 to 4.1 million today. Twelve per cent of Europe's workforce is out of a job, while EU figures show that 120 million people - nearly a quarter of the bloc's population - are at risk of poverty and social exclusion.

"The figures are not going down, said Mr Geleta. "So we are worried, and we would like to warn governments this could be a serious concern."

Mr Geleta's comments come amid debate over the true cost of the austerity programmes foisted upon struggling nations by the European Union and International Monetary Fund, in exchange for bailout cash. While proponents argue that the cuts are the only way to get economies back on track, many politicians, activists and economists believe austerity is causing unacceptable levels of hardship while failing to kick-start growth.

In Greece, deep cuts to healthcare and social budgets have led to a resurgence of diseases such as malaria, while the number of suicides increased 26 per cent between 2011 and 2012. Homelessness in Spain is soaring, while in Bulgaria six people have self-immolated to protest against economic hardship.

While Mr Geleta said it was "important not to be divided on the best considered action" for hauling countries out of economic turmoil, he said governments must be willing to deal with the consequences of their policies. "We know that austerity measures will have humanitarian consequences: how we handle this is the issue, that is what worries us."

He said he would like to see more government investment, as well as funding for the most vulnerable in society.

Asked whether events such as the riots in Sweden could be repeated elsewhere, Mr Gelata said it was impossible to predict. "You can't rule out anything," he said.