Conditions for 70,000 workers at Pegatron plants allegedly worse than those reported in the Foxconn scandal. 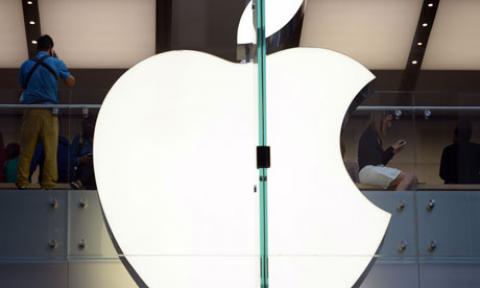 Apple is investigating new claims of worker mistreatment in China., The Guardian / Saeed Khan/AFP/Getty Images
Apple has been accused of benefiting from the exploitation of more than 70,000 Chinese factory workers in conditions described as even worse than those at Foxconn, the supplier hit by employee suicides and accusations of excessive working hours.
The iPhone and iPad maker is accused of breaching its promise to improve working conditions after the Foxconn revelations by using another supplier alleged to have broken 86 labour laws, including forcing pregnant women to work 11 hours a day, six days a week, standing up.
The US-based human rights watchdog China Labour Watch (CLW) also accused the company in question, Pegatron, of employing underage staff and discriminating against applicants shorter than 4ft 11in, older than 35 or from certain ethic minorities. The fresh claims of worker mistreatment are particularly embarrassing for Apple after it switched some iPhone and iPad manufacturing from Foxconn to Pegatron after intense negative publicity surrounding Foxconn.
Li Qiang, executive director of CLW, said: "Our investigations have shown labour conditions at Pegatron factories are even worse than at Foxconn factories. Apple has not lived up to its own standards. Apple is worsening conditions for workers, not improving them."
Apple on Monday promised to investigate the claims and ensure "corrective actions" are taken. The company said it would force Pegatron to compensate for lost wages. "We are dedicated to protecting every worker in our supply chain," a spokesman said. The Californian company said it had carried out 15 comprehensive audits at Pegatron factories since 2007, but admitted that many of the CLW claims were "new to us". Apple confirmed CLW's claim that some employment agencies were withholding worker ID cards and demanded Pegatron "put a stop" to it.
Jason Cheng, chief executive of Pegatron, said he would immediately investigate the allegations, many of which the company denied. "We strive to make each day at Pegatron better than the last for our employees. They are the heart of our business," he said. "That's why we take these allegations very seriously."
CLW sent undercover investigators posing as employees into three Pegatron factories and conducted more than 200 interviews with staff. Its 60-page report claimed the majority of Pegatron's factory staff worked 66- to 69-hour weeks, above the Chinese legal limit of 49 hours and Apple's limit of 60 hours a week. Apple said its latest Pegatron survey found employees making its products worked 46-hours a week on average.
"In these factories, pregnant women were made to work the same long hours as other workers, putting in 11-hour days for six days per week," the CLW report said. Chinese law restricts employers from asking pregnant women to work more than eight hours a day.
CLW also claimed Pegatron employs workers under 18 - breaching both Chinese law and Apple's strict employment code. "Underage workers often enter the factories as student 'interns' required to work at factories by vocational schools," the report said. Pegatron denied that it employed underage staff.
Pegatron, which recently won the contract to make Apple's forthcoming cheaper iPhone, allegedly displays posters listing "hiring standards" that discriminates against minority groups. The list bans applicants who are less than 4ft 11in, over 35, pregnant, or from the Hui, Tibetan or Uighur ethnic groups. CLW also claimed that male applicants were forced to take off their shirts to prove they did not have tattoos.
It said the average hourly wage of Pegatron workers making Apple products is no more than $1.50 (£0.98) an hour, which it claims is not enough to live on and effectively forces staff to work overtime to earn a living wage.
The undercover investigators also claim Pegatron managers threaten and abuse staff. Managers are alleged to have said: "If you don't obey, I will expose you to the blazing sun until 12 o'clock."
The allegations come a year after Apple chief executive Tim Cook visited Foxconn's Chinese factories and promised regular inspections of working conditions at its biggest suppliers.
"We believe that workers everywhere have the right to a safe and fair work environment, which is why we've asked the Fair Labour Assocation [FLA] to independently assess the performance of our largest suppliers," he said. "The inspections now under way are unprecedented in the electronics industry, both in scale and scope, and we appreciate the FLA agreeing to take the unusual step of identifying the factories in their reports."
[Rupert Neate is a reporter. He was shortlisted for Reporter of the Year at the 2012 British Press Awards and the British Journalism Awards for his investigation that led to Liam Fox's resignation as defence secretary. He joined the Guardian in 2011 from the Daily Telegraph, were he worked for four years as City Diary editor and telecoms and technology correspondent. He was named Student Journalist of the Year at the Guardian Student Media Awards in 2006.]