Why We Are Marching - 50th Anniversary March on Washington Talking Points

The name of the march on August 24th is the "National Action to Realize the Dream March". It is important that you use the name when speaking about the march so that people understand that this march is not just a commemoration, but a continuation of the efforts 50 years ago. Also bus information for New York City Left Labor Project bus to Washington. 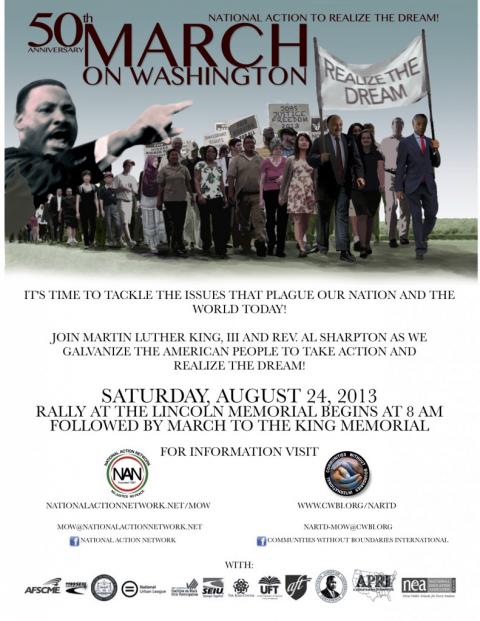