Organize the South or Die 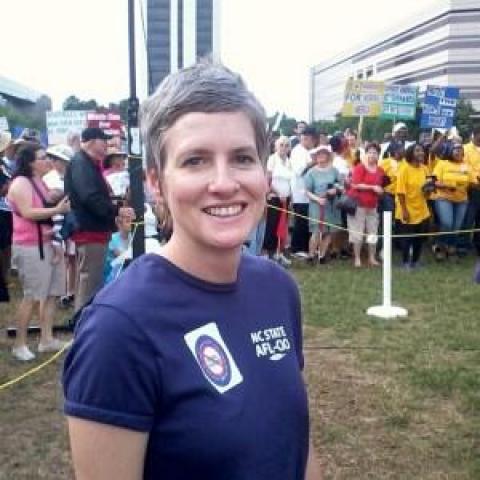 As the AFL-CIO and its affiliates contemplate the future of the labor movement, national labor leaders should look to the South for a glimpse of what that future might be. Workers in the South have the lowest wages, the fewest worker protections, and the least union representation. For decades, southern states have been "right to work for less" and have limited or denied their public employees the right to collectively bargain. Given the region's culture and laws, unions have not invested heavily in organizing the region. And so, it's no surprise that voters in the South keep electing state and federal officials who vote time and again against workers' interests.

The anti-worker culture of the South has an impact far beyond the Mason-Dixon line. Southern Tea Party conservatives block progressive policies in Congress. Companies are increasingly moving to the South in order to lower labor costs and avoid union contracts. And more states are adopting the union-busting laws that originated in the South and now form the basis for ALEC model bills.

What happens in the South affects the nation, and the region's influence will only grow as the South gains in both population and political representation. So what does that mean for the labor movement and for workers? Is our future one of greater worker exploitation, continued decline in union membership and increasingly hostile laws?

Or is there a brighter future? If we look closely at the South, we see all the strategies that national labor leaders now seek to embrace. We see a labor movement that has long valued coalition building and community engagement. We see lasting partnerships between labor, faith, and civil rights leaders. We see innovative, non-traditional organizing. And we see how changing demographics have forged a new solidarity between black, white, and brown workers.

What we see in the South today is a growing movement for economic justice. Just look at the Moral Monday protests in my home state of North Carolina. People are hungry for a movement that offers the hope that things can be different. And they can be. If unions grow this movement by investing in southern states, we can change the South and by doing so, we can change the nation.

So which future will labor choose? Will unions let the low-wage, anti-worker culture of the South pervade the country or will they change the South by organizing its workers and growing this movement for justice?

Dr. Martin Luther King, Jr. and other civil rights leaders understood that the road to justice must run through the South. I hope labor leaders come to the same conclusion. Reinventing the labor movement must mean investment in strategies and in places that are different than in the past. It must mean waging the fight where it is most difficult for workers. Let's organize the South and we will watch the nation change.

I'm ready. Are you? Join me in LA to be a part of the conversation.

Organize the South or Die: Why the South Matters to the Future of Labor will be an action session at the national AFL-CIO convention in Los Angeles on Tuesday, Sept. 10 from 12:30 to 2 p.m. in room 308 A/B, moderated by MaryBe McMillan and featuring Gary Casteel, Region 8 Director, UAW; Dorothy Grant-Townsend, Southern Director, AFSCME; Keith Maddox, Organizing Dept, AFL-CIO; and Baldemar Velasquez, President, FLOC. Learn more at aflcio2013.org, and follow the discussion #aflcio2013 on Twitter.