Davey D speaks with activist, scholar and freedom fighter Angela Davis about the 50th anniversary of the 16th street Birmingham bombings of 1963. 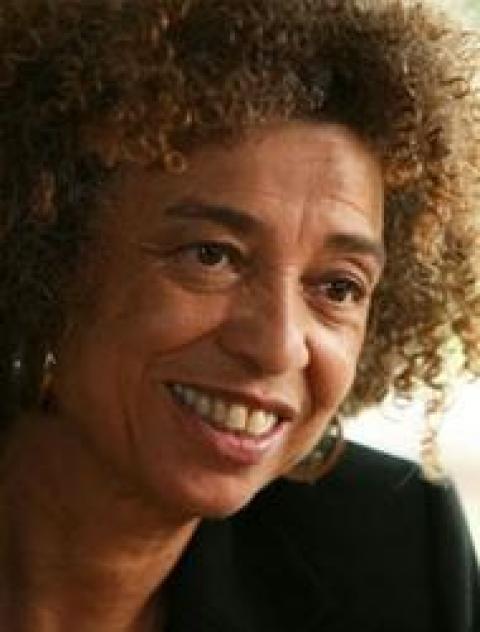 Davey D speaks with activist, scholar and freedom fighter Angela Davis about the 50th anniversary  of the 16th street Birmingham bombings of 1963.

Angela grew up in Birmingham when it was called Bombingham. This was due to the fact the Ku Klux Klan conducted a campaign of terror on Black people and frequently firebombed people’s homes. The gravity of that of that terrorism has not been fully appreciated or understood. Leading up to the 16th street church bombings, there are estimates that close to 80 bombs were set off in Birmingham.

Davis said Black people were under seige but were determined to fight back. The 16th Street Baptist Church had become a symbol of Black Resistance and was a key organizing center for the Civil Rights Movement. After the huge and very successful March on Washington a few weeks earlier, the historic church became even more of thorn in the side for white supremacists and was eventually targeted with fatal results. On the morning of September 15th 1963, a bomb was placed in the basement of the church. 4 young girls, Denise McNair, who was 11 along with Addie Mae Collins, Carole Robertson and Cynthia Wesley who were all 14, were killed when that bomb went off. Davis who was friends with two of the girls Cynthia Wesley and Carole Robertson who she noted lived two houses down from hers.

In fact the day of the bombing Angela’s mother drove Carole’s mother to the church to pick up her daughter. They had heard about the church being bombed, but sadly didn’t know Carole was one of those killed.

Davis talked at length during our Hard Knock Radio show about how and why this incident was a key turning point in the Civil Rights Movement. It was a wake up call that moved everyone to get more involved.

Davis also noted that on that day two other Black teens, both boys Virgil Ware and Johnny Robertson were also killed. One by the Klan sympathizers and the other by police who sadly had a working relationship with the KKK. She also noted that there was a rebellion , the largest of its kind in Birmingham, which has been erased from the history books. She also noted that because of all the bombings, her father and numerous other men in the community began patrolling their neighborhoods armed with guns.. That helped turn the tide on bombings in her neighborhood which was known as Dynamite Hill, but sadly it didn’t prevent the bombing of the 16th street Baptist church…

During our conversation, Davis made it clear that it was important to connect the struggles of 1963 and the tragedies of that day with the struggles and resistance to racial violence going on today. She drew parallels to the case of Oscar Grant and how that a key turning point for many in the Bay Area and how other cases including the one involving Trayvon martin were also key turning point incidents. We also talked about how the 16th Street Baptist Church has in recent years been used as a staging area for protest in the fight to end discrimintaion agaisnt undocumented Latinos who now live in Birmingham. Last year thousands gathered at the church to protest an anti-immigrant SB 1070 type law known in Alabama as HB56. A strong coalition of Black and Brown leaders came together to show unity. Davis talked about the importance of connecting those dots between the Civil Rights struggle of the past with the current fight around immigration.

We concluded our interview with Angela Davis by talking about the plight of political prisoner Herman Wallace who was given 2 months to live and is one of the Angola 3. We also talked about the legacy of Attica and the huge uprisings that took place 41 years ago this week.

Below is our interview with Angela Davis. Also if you are in the Bay Area Angela Davis along with fellow Birmingham resident and Civil Rights attorney Margret Burnham will be speaking at First Congregational Church, 2501 Harrison St in Oakland from 5-7:30pm