The Long History of Privatization Failures

We need to own up to is that privatization experiments, based on ideology rather than evidence, have created disruption, neglect, and harm to vital public services and infrastructure - and those effects have undermined the private sector which depends on high quality public services. We seem to have forgotten that the public sector has long created the environment and resources necessary for businesses to prosper. 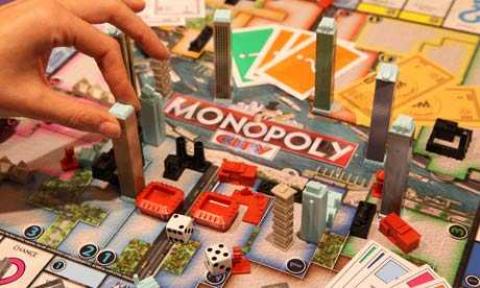 Many goods and services are provided by the private sector, but there is a long history of privatization failures in the United States. Moshe Adler's research on privatization in the 19th Century shows a pattern of corruption, poor quality, and failure to provide services the public had paid for. Says Adler, of his study on street cleaning, "in the sixty years before New York City discarded it, the cost of contracting out was about half the cost of governmental production. It was discarded not because it wasn't cheap, but because it wasn't good."

More recently, studies on the privatization of Indianapolis' services and infrastructure, in Ingrid Ritchie and Sheila Suess Kennedy's 2001 book, "To Market, To Market: Reinventing Indianapolis," show a consistent pattern of neglect leading to damage and loss of the public's investment - and no way to hold the contractors accountable.

Providers of both public and private goods and services need to be held accountable, but they need different types of accountability.

In the case of private businesses, accountability is created by robust head-to-head market competition among many competitors. Only when businesses compete vigorously do people have the ability to say no to a company that performs poorly. Vigorous competition forces companies to constantly improve their products and services or risk losing their customers.

Public infrastructure and services tend to be natural monopolies for which there is no real competition.

There have been efforts to create competition where none exists, but these efforts have not been successful. For example, some public services have been opened for new bids when the contract expires in order to create an incentive for high quality service. Others have tried to create competition by giving private contractors territories. Roland Zullo's analysis of that system by San Diego County's welfare-to-work program found no evidence of improved service.

Even though attempts to create head-to-head competition have not created accountability for regulated monopolies and public services does not mean they cannot be held accountable. In fact,  we have long had robust public sector accountability through good government "sunshine laws" such as freedom of information and open meetings acts and civil service regulations.

What we need to own up to is that privatization experiments, based on ideology rather than evidence, have created disruption, neglect, and harm to vital public services and infrastructure - and those effects have undermined the private sector which depends on high quality public services..

We seem to have forgotten that the public sector has long created the environment and resources necessary for businesses to prosper. During the Great Depression, the Civilian Conservation Corps (CCC) restored ruined agricultural land and forests so they could become productive. We still benefit from their work. The Eisenhower interstate highway system still knits us together and promotes commerce nationwide. The National Weather Service provides constant monitoring and information that prevent loss of life and property, while the Centers for Disease Control is always on the lookout for emerging diseases.

The truth is that private sector success is built on public services and infrastructure. They literally are our tax dollars at work for us all. Without government investment in the public sector we would be unable to travel to work, have the skills to get a job, be assured that our water, food, and air are safe, and have protection from those things and people that would harm us.

[Ellen Dannin is the author of a number of studies on privatization, including Privatizing Government Services in the Era of ALEC and the Great Recession (2012) and Crumbling Infrastructure - Crumbling Democracy: Infrastructure Privatization Contracts and Their Effects on State and Local Governance (2011).]