If Walmart Paid a Living Wage, How Much Would Prices Go Up?

Walmart employees consume billions in food stamps each year, but raising their wages to a point where they wouldn’t need them anymore would only increase prices by about 1.4 percent 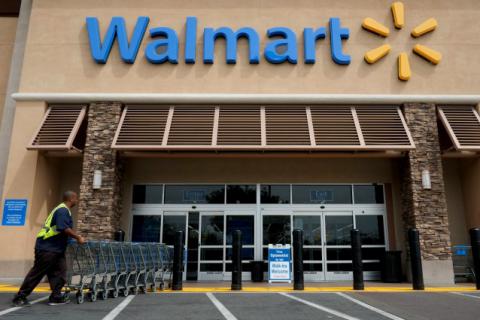 Walmart prices would go up by mere pennies if it were to pay all of its workers enough to live above the poverty line, according to an analysis by Marketplace and Slate.

In a video, they explain that Walmart employees consume billions in food stamps each year, but raising their wages to a point where they wouldn’t need them anymore would only increase prices by about 1.4 percent: 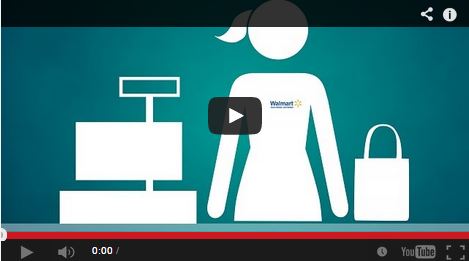 A single mother working at Walmart is eligible for food stamps if she makes less than $20,449 a year. Industry analysts put the average wage for cashiers at $8.81, or for someone who works typical retail hours of 30 a week, 50 weeks a year, $13,215 a year. Raising that single mom’s wages to $13.63 an hour, however, would push her to a point where she no longer qualifies for food stamps. Doing that for all of its employees would cost the company $4.8 billion a year. Yet if it passed the entire cost on to consumers, it would raise prices by 1.4 percent, making a $0.68 box of macaroni and cheese cost just a penny more.

The video also notes that doing this would save the country millions in spending on food stamps. It notes that in Ohio, for example, as many as 15 percent of Walmart employees use food stamps, meaning that all workers consume about $300 million each year. That sum would no longer have to be spent if its workers simply made more. Including food stamps, Walmart workers at single store consumer around $1 million in public benefits each year.

Researchers have come to similar conclusions. Ken Jacobs, chair of the Labor Center at the University of California, Berkeley, estimated that raising the federal minimum wage to $10.10 an hour would add $200 million to the company’s labor costs. If it passed the entire cost on to consumers, it would increase the price of a $16 item by a penny.

It’s also worth noting that the company could very well decide not to pass the cost on to its shoppers. Jacobs estimates that while some of it might be passed through in higher prices, it’s probably not going to be 100 percent. That’s at least in part because a higher wage means more money for its workers to spend in its own stores, which would increase its sales. The company even told Bloomberg it was considering supporting a minimum wage hike because it would give its customers additional income, although it warned it hasn’t made any decisions on its support. A $10.10 minimum wage would mean $31 billion more in earnings for nearly 17 million people across the country.

It could also raise wages for its workers with the $7.6 billion it currently spends on buying back shares of its own stock and ensure they all make over $25,000 a year, a level demanded by workers who have repeatedly gone on strike. It gets little value out of the stock buybacks.