Rights for Mother Earth, not Corporations 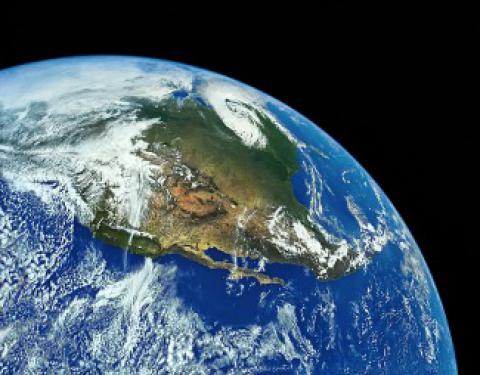 With each day’s headlines it becomes more and more clear that our modern, industrialized culture is a suicide machine. Not only has our consumption of fossil fuels polluted our air, land, and water to an extent that threatens the long-term survival of humans and other species, but our political system has evolved into a Frankenstein monster. Corporations, institutions created by people, have gained so much power they threaten our very survival.

Earlier this month, the U.S. Supreme Court re-asserted corporations’ right to free speech by lifting caps on campaign spending. This move further amplifies the voices of these “legal persons” in our so-called democratic process. Actual human beings now have even less influence on political decisions that affect them than they had before—which, according to a forthcoming study of oligarchy in U.S. politics, was not very much.

This extreme polarization comes at a time when environmental and financial crises are having increasingly devastating impacts on people and communities. Thus, at a time when we need our political institutions to be even more responsive to rapidly changing and uncertain conditions, they have become deaf to the voices of people they are –in theory—supposed to serve.

In response to these multiple crises of our democracy, ecology, and economy, people’s movements around the world have been coming together to challenge the dominant paradigm of global capitalism and corporate power. These movements helped re-name “Earth Day” in 2009 to “International Mother Earth Day”—recognizing both the international dimension of our environmental responsibilities and, more importantly, the intrinsic connections between humans and the natural world. They are calling for the legal recognition of rights for Mother Earth.

Reference to “Mother Earth” signifies a radical shift in paradigms. To view the Earth as our mother—as the source of all life, health, and sustenance, means that our own well-being depends on our respect and care for her. To see nature as a living being commands a reverence that prevents her exploitation for monetary gain. Indigenous cultures have preserved this ancient knowledge and, through popular movements, they have been bringing this knowledge to a wider public.

In 2010, one of the most important international environmental meetings took place in Cochabamba, Boliva. Frustrated by the persistent failures of the UN climate negotiations, Bolivian president, Evo Morales called upon fellow heads of state and social movements to join him for the World People’s Conference on Climate Change and the Rights of Mother Earth.

The People's Agreement generated by the conference of more than 30,000 representatives of governments and civil society put forward several promising proposals for addressing the climate crisis. These include a resolution of the “ecological debt” the rich countries of the global North owe to the countries of the global South, the establishment of a global Climate Justice Tribunal, and a Universal Declaration on the Rights of Mother Earth.

What is most promising about these proposals is not their likelihood for immediate policy impact, but rather their radical departure from the prevailing policy proposals which will do little to reduce greenhouse gas emissions. These proposals require the mass mobilization of popular movements around the kind of paradigm-shifting solutions that are required to avert the worst effects of the climate crisis.

As the Cochabamba People’s Agreement points out: “The corporations and governments of the so-called ‘developed’ countries, in complicity with a segment of the scientific community, have led us to discuss climate change as a problem limited to the rise in temperature without questioning the cause, which is the capitalist system.” Such language is unthinkable in the policy arenas dominated by governments. Yet, it is our only hope for survival.

The leadership of global social movements can help bring about the alternative ways of thinking and living that are possible. But only if we all play our parts in these movements.

Many U.S. liberals resist the language of “Mother Earth” because it conjures up images of new-age spiritualism or otherwise diminishes the seriousness and legitimacy of environmental agendas. Yet, decades of environmental activism have failed to deter practices that threaten the viability of our ecosystems. Conventional approaches to environmental activism have failed to target the dominant consumerist culture that depends upon constantly expanding consumption. Thus many “Earth Day” activities are no more than green consumer fairs.

The Cochabamba Agreement declares that “[u]nder capitalism, Mother Earth is converted into a source of raw materials, and human beings into consumers and a means of production, into people that are seen as valuable only for what they own, and not for what they are.”

Those seeking a better world for us and for future generations must embrace the language and ideas of our indigenous brothers and sisters and help change our civilizational paradigm. We can start by helping tell the story of International Mother Earth Day—the new name for the old “Earth Day.”

[Jackie Smith is professor of sociology at the University of Pittsburgh. She is also a member of Sociologists without Borders and a delegate to the United States Social Forum’s National Planning Committee. Her most recent books include Social Movements in the World-System: The Politics of Crisis and Transformation (pdf), Social Movements for Global Democracy and, with multiple co-authors, Global Democracy and the World Social Forums]