"If we don’t have a responsive democracy, all the debates [on progressive issues we care about] aren’t real debates. When elections are not democratic, even the most populist discussions become superficial, disconnected from real power; they are theatre." 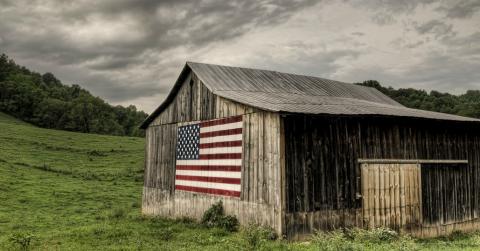 Our democracy is broken, says Zephyr Teachout. 'We need a populist movement made of candidates and protests and clear demands.' , Curt Fleenor/flickr/cc

When democracy becomes numb to the desires of its citizens and political campaigns become sporting events for television pundits, the ballot box becomes a sad (if necessary) expression of populist will.

That's the argument put forth on Tuesday by one progressive candidate who challenged the political status quo this election season.

"If we don’t have a responsive democracy, all the debates [on progressive issues we care about] aren’t real debates. When elections are not democratic, even the most populist discussions become superficial, disconnected from real power; they are theatre."

In Guardian op-ed on Tuesday, Zephyr Teachout, the Fordham Law School professor who this year took on New York Gov. Andrew Cuomo in a primary challenge from the Left, says that amidst many other valid theories about the source of the "disgust and apathy" so many feel toward this year's election, the simplest explanation may be this: "people don’t like being told falsely they have power when they don’t."

What's essential for Americans to recognize this Election Day—set to be the most expensive mid-term in U.S. history—says Teachout, is that confronting this reality of disempowerment is not something to avoid, but the key to achieving the real progressive change so many desperately desire.

The key reason for this disconnection and disempowerment, argues Teachout, is clear: the massive amounts of money flooding U.S. elections. "The key to fixing public financing is to free politics from big money," she writes and offers state-level public financing schemes—as seen in Maine, Connecticut and elsewhere—as the most readily available solutions.

And as pollsters and pundits have focused like laser beams on whether the Republican Party will increase its majority in the House of Representatives or take majority-control of the U.S. Senate and watchdogs have reported on the astronomical levels of campaign spending, Teachout points out that the fundamental nature of the democracy is largely not part of the debate, especially in the mainstream and corporate media.

For Teachout, the key reasons for this are twofold. First, in a post-Citizens United world, private campaign spending has given nearly unprecedented power to the large corporations (and the wealthy individuals who control them) to sway policies and control the debate. Second, because so much of the campaign spending is driven by advertising dollars, the media system itself has a large financial incentive to maintain the status quo.

"In banking, energy, gas, cable, agriculture and search, we have a limited number of companies that have accumulated so much power they are acting as a kind of shadow government, controlling policy, vetoing laws before they can even be presented," she writes. "Candidates refuse to stump about a cable-TV merger because they’re afraid to get shut out of MSNBC. They don’t take on big banks because big banks have become too big to fail, to jail and even to debate about policy."

And the solution? Fight back, urges Teachout.

"We need a populist movement made of candidates and protests and clear demands," she writes.

Even as  voting remains essential, she argues, it's clear that these battles cannot be adequately fought or won at the ballot box. Like so many other progressive voices have stated recently, the key to reforming the state of American democracy is an effort that will have to take place, not within the confined boundaries of the current system, but one that challenges these institutions and policies from outside and from below.

"We can keep protesting our own democracy, despite the facts, or we can actually deal with the root cause: concentrated wealth taking over our politics," Teachout concludes. "Like the best generations of American reformers before us, we can change the basic structures. We can actually build something – and the people will get the power back."