The manufacturing industry has been hit hard since China's acceptance in the World Trade Organization. The industry includes imports of computer and electronic parts and accounted for 56 percent of the $240.1 billion increase in the US trade deficit with China. An estimated 1,249,100 jobs were eliminated in the electronic industry. 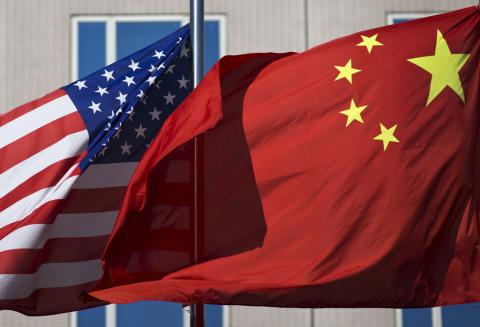 ,
A report by the Economic Policy Institute found that the growing U.S. Trade deficit with China has resulted in 3.2 million American jobs lost. The reports examines how the acceptance of China into the World Trade Organization in 2001 has led to job loss in all 50 states and the District of Columbia.
China has greatly benefited from the WTO. They have grown into the world's greatest exporter and second biggest importer. The US is the reverse, the biggest importer and second biggest exporter.
The manufacturing industry has been hit hard since China's acceptance in the WTO. The industry includes imports of computer and electornic parts and accounted for 56 percent of the $240.1 billion increase in the US trade deficit with China. An estimated 1,249,100 jobs were eliminated in the electronic industry.
Other sectors hit hard were apparel (203,900 jobs), textile mills and textile product mills (106,800), fabricated metal products (141,200), electrical equipment, appliances, and components (96,700), furniture (94,700), plastics and rubber products (72,800), motor vehicles (34,800), and miscellanceous manufactured goods (107,600).
The states with the biggest net losses were Califirnia (564,200 jobs), Texas (304,700), New York (179,200), Illinois (132,500), Pennsylvania (122,600), North Carolina (119,600), Florida (115,700), Ohio (106,400), Massachusetts (97,200), and Georgia (93,700).
The authors of the report, EPI's Robert E. Scott and Will Kimball, explain the main impact of their argument.
“Between December 2001 and December 2013, 3.7 million U.S. manufacturing jobs were lost," they explain. "The growth of the U.S. trade deficit with China was responsible for the displacement of 2.4 million manufacturing jobs in this period, or about 65 percent of manufacturing jobs lost. Thus, manufacturing job loss due to the growing trade deficit with China accounts for nearly two-thirds of all U.S. manufacturing jobs lost or displaced in this period.”
The report notes currency manipulation, encouraging illegal exports, suppressing labor rights, foreign direct investment and outsourcing as key components to the growing US-China trade deficit.
The report concludes by calling out the administration to address exchange rate policies and labor standards in the Chinese economy.
Other's call for the WTO to make change. The Economist said in 2011 that “the WTO still provides the best means to discipline and cajole. Rather than delivering congressional ultimatums, America and others could make more use of the WTO's rules to curb China's worst infractions.”
Opponents have already written on the report, acknowledging that American jobs are not determined by trade policies. Forbes wrote,
“There’s two problems with this analysis. The first is that it is only looking at costs. We would also need to see what the benefits of greater trade with China have been in order to be able to decide, on balance, whether it has been a good idea or not. The second is that it’s simply not true that trade with China has cost American jobs. For trade does not determine the number of jobs in an economy. That is decided by the level of aggregate demand in said economy.”