Measles: Not Just for Anti-Vaxxers

Anti-vaxxers, your children don’t catch measles and then take it home like a jar of fireflies to enjoy alone or with a few close friends. Instead, they may unwittingly spread it to babies, people with certain medical issues, and a small percentage of the people who have done all they can to try to protect themselves but in whom the vaccine doesn’t work. 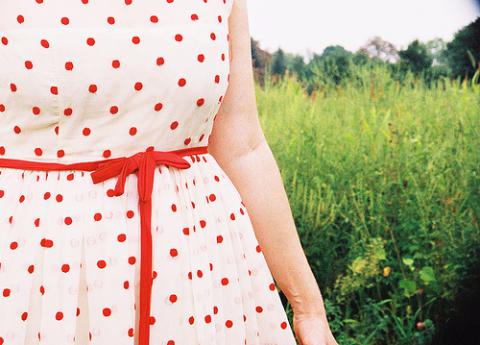 I have a little metaphor I use with my kid. When he asks why we get shots at the doctor, I remind him of all the super powers he has.

I told him about how I got chicken pox as a kid, just a few years before the vaccine came out, and how I was itchy and miserable for two weeks. He said, in a moment of reflection, that he was glad he got the shot that just hurts for a minute, and won’t have to get chicken pox for two weeks.

Super powers make a great metaphor, and I’ll keep using it, but it’s got a major flaw.

This post is dedicated to all the anti-vaxxers, vaccine choice proponents, and curious people everywhere who have wondered why parents who vaccinate are threatened by those who don’t.

It’s also dedicated to the anti-anti-vaxxers, people who think that those who skip vaccines are weeding themselves out of the population. (Anti-anti-vaxxers, while I admit to laughing at some of your memes–OK maybe a lot of them–you’ll catch more flies with honey and understanding.)

1. For a first look at why this situation isn’t so simple, check out this humor post about Why We Didn’t Vaccinate Our Child. It’s not what you think! The author writes that he is forgoing the Yellow Fever vaccine because yellow fever isn’t endemic to their area, the Andromeda Strain vaccine because it’s a fictional disease, and the pertussis vaccine because his child isn’t old enough for it yet.

A child has to be a minimum of 12 months old to get the Measles/Mumps/Rubella vaccine. If you show up at the doctor’s office the day before your kid’s first birthday, they’ll ask you to come back later. So kids are 12 months, maybe 13 or 14 before they get the shot. That’s a long time. Your one month old, your two month old, your six month old, your eleven month old, are all vulnerable.

(There is a measles-only vaccine that kids can receive at 6 months. If you spend time around Disneyland regulars, or if you’re traveling to countries where measles is common, ask your doctor about this shot.)

2.There are also people who have medical reasons why they can’t get vaccinated, or why they may be more susceptible to the disease even with vaccination. The last time I wrote about the flu vaccine, this was one of the comments:

I have a low immune system due to another illness and I appreciate it when others get the flu shot. My doctor recommends that all my family members get it for my protection.

And that’s good. I like it when others help to not kill me.

People who can’t get the vaccine rely on others’ immunity. Think of how many people are between you and the nearest measles spreader. Louise coughs on Jim who coughs on Agnes, who coughs on you. If they’re immune, you’re pretty well protected. If they’re all susceptible to the disease, that’s a measles highway.

(There are, of course, multiple pathways between Louise and you. If you’d like to play with scenarios, try the Vax game where you try to separate social networks to prevent the spread of disease. It’s quick and fun.)

3. And the third problem relates to that flaw in the super power story. In comic books, a super hero’s powers Just Work. They might be taken away by a bizarre accident or by the work of some villain, but Superman doesn’t bounce 95 bullets off his chest while, oops, five others get through.

But that’s how the measles vaccine works. The MMR protects 95% of people from measles, and 88% from mumps. For comparison, the flu vaccine is some 70% effective most years (less this season).

We know that five of the Disneyland cases occurred in people who has been fully vaccinated. That means that probably 95 other vaccinated folks were exposed but didn’t come down with the disease. Likewise, although many fully vaccinated hockey players got the mumps this season, they probably only made up 12% of the vaccinated players that were exposed. The other 88% can thank the nurses who brandished scary needles at them twenty years earlier.

People who are not fully vaccinated, or in whom the vaccine isn’t effective, are not only at risk themselves, they are also a stepping stone between someone with the disease and someone vulnerable. Your co-worker who skips the flu shot because he’s young and healthy and says he never gets sick? He might be fine, but could pass it on to his grandma who has lowered immunity, or to the pregnant woman in the next cubicle, or to the baby or the cancer patient he passes on the street mid-sneeze.

Vaccines are important because, with good coverage rates, the vulnerable folks are only the ones in those groups I mentioned: people who are too young for the vaccine, who can’t have it for medical reasons, and whose bodies failed to develop the super powers they was supposed to.

There’s no way around those numbers. But without knowledge and understanding of the risks, other people may opt out of vaccines, deepening the pool of susceptibles in the population.

And I mean we need to understand the risks of both the shot and the disease. No vaccine is 100% safe, but vaccines are far safer than the diseases they prevent. Measles kills 1 in 1000 children who get it. The MMR vaccine has nowhere near that level of risk.

So, anti-vaxxers, your children don’t catch measles and then take it home like a jar of fireflies to enjoy alone or with a few close friends. Instead, they may unwittingly spread it to babies, people with certain medical issues, and a small percentage of the people who have done all they can to try to protect themselves but in whom the vaccine doesn’t work.

And fully vaccinated fans of super powers, 5% of you are vulnerable to the next measles-toting kid who comes along, and you too might pass it to your baby or your immunosuppressed buddy.

Personal vaccination choices have a huge impact on public health, especially for measles where the average infected person spreads it to 12-18 others. Please choose responsibly.