Mend the Gap: 10 Steps Toward a More Equal California

As CAPITAL & MAIN's “State of Equality” series has documented, economic inequality poses a grave threat to California’s future. Conditions would be far worse if not for progress made by activists, community leaders and lawmakers. In the last several years, California has generated some of the nation’s most innovative and effective strategies to reverse inequality. Here Judith Lewis Mernit lists 10 landmark achievements worth celebrating,emulating and strengthening. 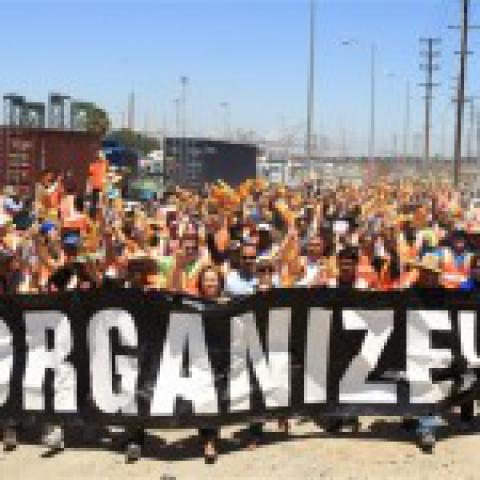 1. PAY FAIR  Nothing says economic equality like a decent living wage and, in 2013, California became the first state to raise its minimum wage to $10, with built-in cost-of-living increases. (The policy takes full effect in 2016.) Last November San Francisco voters also voted to raise the city’s hourly minimum wage from $10.74 to $12.25 by May, and $15 by July 2018. Oakland residents did the same: 82 percent of them voted for Measure FF, which will increase the city’s minimum wage from $9 to $12.25. Furthermore, in October a long campaign waged by Politically Inspired Action and Working Partnerships in Silicon Valley led to Mountain View’s City Council approving a $10.30 hourly minimum wage starting July 1 with annual cost-of-living increases, and a non-binding goal of $15 by 2018.

Since 1997, when Los Angeles became one of the nation’s first cities to approve a living wage ordinance for its service contractors, more cities and counties have followed suit. Last year Santa Clara County required all companies and nonprofits that contract with it  to pay a “comprehensive” living wage: $17.06 per hour with benefits, $19.06 without.

“They’re really raising the regional standard,” says Nikki Fortunato Bas, executive director of the Partnership for Working Families. “They’re doing some really great work with our high-tech firms, which do a tremendous about of sub-contracting.” Janitors, shuttle drivers and security guards almost all work as independent contractors in the county; the new policy will help make sure they can live in the county, too.

In addition, a coalition of community and labor groups convinced Long Beach voters in 2012 to pass an hourly minimum wage of $13 for hotel workers; two years later, the Los Angeles City Council voted in favor of a $15.37 hourly minimum for hotel workers. Fortunato Bas explains the emphasis on the hotel industry: “We’re focusing on growth sectors that have benefited from government investment. We’re looking for ways to set the framework for those industries to grow sustainably.”

2. JUSTICE FOR TEMPS As California moves toward a warehouse economy, profitable companies increasingly rely on outsourcing, subcontracting and temporary workers. Big-box retailers like Walmart to Central Valley food processing companies have seized upon the “freedom to exploit” that is inherent in such hiring arrangements, handing off  health insurance, pension plans and workers’ compensation to the employment agencies with which they subcontract. Last year Sacramento addressed worker abuse with Assembly Bill 1897, which Governor Jerry Brown signed in September. It creates a joint liability between corporations and their subcontractors, holding both sides responsible for wages, health care and worker safety. Corporations that let their subcontractors steal wages and put workers’ health in danger face heavy fines.

3. RECLASSIFYING “CONTRACTORS” AS EMPLOYEES Already this year several major court decisions have come down on the side of illegally misclassified independent contractors, with judges ruling that the workers are in fact employees, and thus protected under the California Labor Code. On January 29, a Superior Court judge ruled that seven truck drivers at the ports of Los Angeles and Long Beach—who filed job applications and have no freedom to set their own prices—have been wrongly denied the health benefits, sick leave and job security that come with employee status, and ordered Pacer Cartage to pay the drivers a combined $2 million in damages. The decision – following a long and tenacious legal campaign waged by a labor-community coalition — is the latest, and perhaps most consequential, in a string of reclassification rulings; the first came in March of 2013, when the Superior Court ordered Seacon Logix to pay four misclassified drivers $107,802 in damages. Uber drivers, too, were recently found to have been wrongly considered contractors by a federal judge in San Francisco, a ruling that’s likely to carry over to a similar case brought by employees of the ridesharing company Lyft.

4. MONEY FOR SCHOOLS California schools have just begun to benefit from the most dramatic improvement to school spending in 40 years, and while the benefits remain uncertain and heavily dependent on how the plans roll out, the potential for leveling economic disparities in public education is great. The Local Control Funding Formula, signed into law by Governor Brown in 2013, designates a special set of funds for low-income children, kids in the foster system, and students whose first language isn’t English. As California has more low-income and immigrant families than any other state, the new rules could prove transformative for our long ailing education system. Add to that increased education money from Proposition 30, the three percent tax hike on wealthy Californians that voters approved in 2012, and California could well return as the dominant national model of good schooling.

5. A ROOF OF ONE’S OWN Ever since the Governor and the legislature gutted California’s 400 redevelopment agencies in 2012, finding the money to build affordable housing in the state has been as hard as finding a place to rent in Los Angeles on Walmart wages. Legislative efforts to create new funding programs for sustainable communities statewide have stalled, as have legislative moves to collect fees on real-estate transactions to invest in living quarters for people priced out of the housing market. In this bleak situation some small efforts around the state have provided new housing for the poor to middle-class, especially in high-rent-ravaged Silicon Valley. A collaborative push among the city of Sunnyvale, Santa Clara County’s Housing Authority, the Veteran’s Administration and other agencies has led to Onizuka Crossing, an 58-unit apartment complex dedicated to residents who earn less than the area’s median income ($50,000 for a four-person household).

San Jose, whose rents have gone up 39 percent in the last five years, has zoned a two-acre parcel near its train and bus stations for an apartment building to house low-income residents and seniors; community meetings on the project have just gotten underway. These are just tiny dents but at least offer glimmers of hope.

6. LEARN AS YOU EARN

It’s great to offer on-the-job training to people in disadvantaged communities; it’s even better to train people for jobs that actually exist. The International Brotherhood of Electrical Workers Local 18 has, over the past few years, worked with the Los Angeles Department of Water and Power to develop the Utility Pre-Craft Training program. Worker-trainees of all ages earn $16 an hour plus benefits to learn how to conduct energy audits, weatherize buildings and install energy-and-water-saving appliances, all the while training for higher jobs as linemen and in other occupations.

Also, in early 2012 Los Angeles Metro, which provides all public transportation within Los Angeles, adopted the Construction Careers Policy to provide on-the-job construction training for residents of the city’s economically stressed neighborhoods. This three-to-five-year “earn as you learn” program costs participants nothing and is equivalent to college, says LAANE’s Jackie Cornejo, who worked on the project as an analyst. Cornejo adds that the program “is really about insuring that individuals that came from disadvantaged communities, and individuals with barriers to entry—such as a criminal record—have an opportunity to access construction apprenticeship programs.”

7. BAN THE BOX  If finding a job is hard, finding a job when you’ve got a felony conviction is literally twice as hard: A study by Northwestern University’s Devah Pager found that employers overall called back 34 percent of potential applicants for interviews, but only 17 percent of job-seekers who admitted a felony conviction on their applications were called back in. And those percentages only apply to white applicants. If you’re black, it’s worse: Just 14 percent of black job applicants get call-back interviews in the first place, and the number drops to seven percent for blacks with criminal records.

With the passage of Assembly Bill 218 in October 2013, the state did what several California cities, including Oakland, Berkeley and San Francisco, had already done: banned the “Have you ever been convicted of a felony?” box on employment applications for government jobs. The law is a good start toward making re-entry easier for the thousands of convicted felons who are released from jail every year in California.

8. SOLAR FOR ALL  In 2013, California’s Assembly Bill 43 passed into law, making it possible, sometime in the near future, for anyone to power their home or business with solar power — whether or not they have a rooftop that can support the panels, can afford the panels or even has a rooftop at all. Under the “Shared Solar” law, the state’s for-profit utilities are required to buy at least 600 megawatts from community solar projects, and even reimburse participants in those projects for the electricity they produce. It addresses a longstanding problem dogging the renewable energy transition: Rooftop solar is cost-prohibitive for most low-to-middle-income homeowners—even some leasing deals require superb credit—and absolutely off-limits to renters.

California, where more rooftop solar was installed in 2013 than in the past 30 years combined, has fast been creating an energy divide, in which lower-income utility customers could end up subsidizing repairs to a deteriorating electrical distribution system on the behalf of more well-heeled homeowners who zero out their electrical bills. Community solar is only the beginning of a solution to this looming problem, and only one. Programs that subsidize rooftop solar for low-income homeowners, such as California’s Single-Family Affordable Homes Project, need to carry on as well.

9. GOOD FOOD  In 2013, Governor Brown signed Assembly Bill 191, which automatically qualifies Medi-Cal recipients for CalFresh, the state’s supplemental nutrition program that issues electronic vouchers that can be used to buy food at markets and grocery stores. This is another small but significant blessing: A lot more needs to be done to address the issue of food deserts and hunger in a state also known as America’s breadbasket and a foodie paradise.

10. DON’T WASTE L.A. Garbage collection is the fifth most dangerous job  in the nation, with 33 fatal on-the-job accidents in 2013. Drivers inhale carcinogenic diesel fumes from dirty trucks; helpers who haul out bins get exposed to hazardous waste—not to mention dead bodies of both animals and humans.

“And that’s just the collection side,” says LAANE’s Jackie Cornejo, director of the Don’t Waste L.A. campaign to improve waste collection practices in the country’s second-largest waste market. In waste processing facilities, where garbage gets sorted, “facility workers may not have gloves, safety glasses, protective gear. People toss things into the trash bin without thinking about who’s going to handle it.”

In April of last year, Los Angeles’ City Council and the Mayor instituted the “Zero Waste LA Franchise System” ordinance, which opens up to competitive bidding waste collection routes not controlled by the city—those servicing apartments, condos and small businesses. Companies who vie for the right to operate in one of the city’s 11 franchise zones must adhere to certain standards, agreeing to divert 90 percent of recyclables and green waste from landfills, paying drivers a living wage and protecting whistleblowers. Sorting facilities used by waste-collection companies have to be identified and certified, to make sure waste is properly handled.

“In terms of waste and recycling,” Cornejo says, “it’s the most transformative policy we’ve seen in the country.”

Judith Lewis Mernit is a contributing editor at High Country News. Her writing has  appeared in Mother Jones, Sierra, the Los Angeles Times, Audubon Magazine and the Atlantic.