labor Where Do We Go Now? 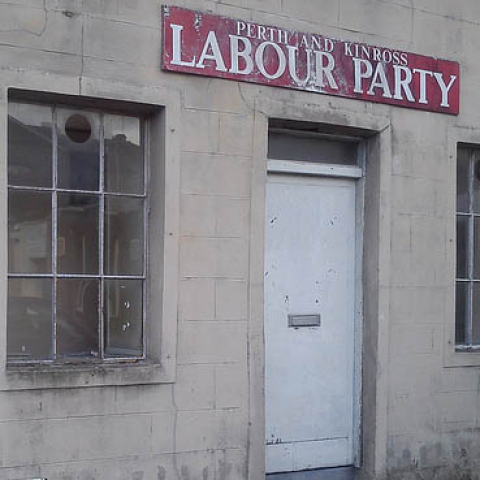 The reason for this was largely historical. In this country Tory governments typically get at least two terms.

Indeed since the end of the second world war only one Tory government — that elected in 1970 — has failed to do so.

But history was not the only factor that led me to this pessimistic view. The concern I expressed then was that the 2015 election would be fought on territory chosen by the Tories and the right-wing press.

This was an agenda that would be misinformed by selective memories of the deficit in 2010 and claims about Labour’s alleged economic mismanagement.

What I did not anticipate of course was the eruption in Scotland, which provides an opportunity for a different explanation of the defeat.

Nobody could have anticipated Labour’s grave mistake in swallowing the Cameron agenda during the independence referendum.

It may have won the referendum vote, but Scottish Labour died on September 18 2014.

Nor could anyone have foreseen the impact of the Scottish Question on the English electorate.

Terror stalked the land about the danger of Scottish influence in a British government, stoked by voices since curiously mute about the fact that a Tory Party now governs Scotland with only one MP at Westminster. The Scots, it seems, just have to put up with it.

Trade unions will now pay a heavy price for Labour’s defeat. Tory plans are set out clearly enough in their election manifesto, including the much-trumpeted proposals for yet more restrictions on strike ballots, most notably a requirement that strikes in certain sectors will need the support of 40 per cent of those eligible to vote, as well as a majority of those voting.

As has been said many times before, this is a requirement that offends democratic principle, and it has been rightly condemned.

At the 2015 general election the Tories won about 37 per cent of the vote nationally, representing only about 25 per cent of those eligible to vote.

The legitimacy of the Tory mandate will of course make no difference — but the hypocrisy is clear and complete.

Nor will a lack of legitimacy stop the proposed attack on trade union facility time or the use of the check-off to collect trade union dues.

The attack spearheaded by the coalition against PCS seems about to go viral. Nor will the lack of legitimacy stop the proposed attack on the trade union political levy and the right of unions to an effective political voice.

Yet it will get worse — much worse — before it ever gets better, if only because of the European Question.

Whatever happens in the forthcoming EU referendum, the referendum will split the movement.

Just as importantly, whether we are in or out, it will lead to further erosion of employment rights — paid holidays, Tupe and redundancy consultation.

For trade unions, this is a crisis like no other, and it is one that catches us ill-prepared.

Membership is in decline, leading to a loss of authority and income; collective bargaining coverage is at historically low levels, so that we are touching the lives of fewer and fewer workers; and we are about to have zero political influence, as civil war breaks out in the Labour Party.

Yet my fear now is that the present government is embedded for another 10 years and that we will have at least a three or four-term Tory hegemony, as in 1951-64 and 1979-97.

Labour will not be ready for government in 2020 and in any event there are about to be boundary changes and fewer MPs, handing another 20 parliamentary seats to the Tories in the process.

But even if Labour is ready for government, Scotland will almost certainly not be ready for Labour.

The corpse of Scottish Labour will still be decomposing in 2020. Indeed, Scotland may be a sovereign state by then. At least for now, the SNP — and some of its impressive candidates who speak about workers’ rights — are the authentic voice of the working class, whether sceptics like it or not.

The movement is about to be tested like never before. It would be a serious mistake to baton down the hatches until the next general election and hope for a Labour government.

We need a new, clear vision to lead the movement not for the next five years but for the next generation — a vision that questions organisational activity, as well as industrial and political strategies.

We will need it soon.

[Keith Ewing is professor of public law at King’s College London and president of the Institute of Employment Rights.]