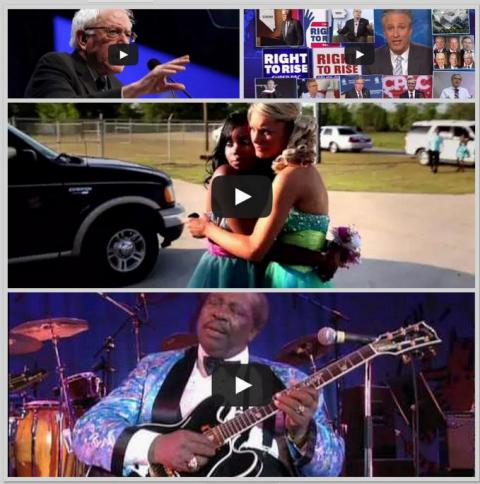 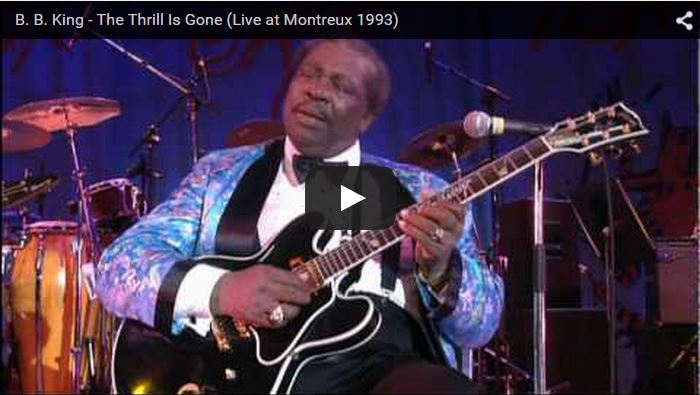 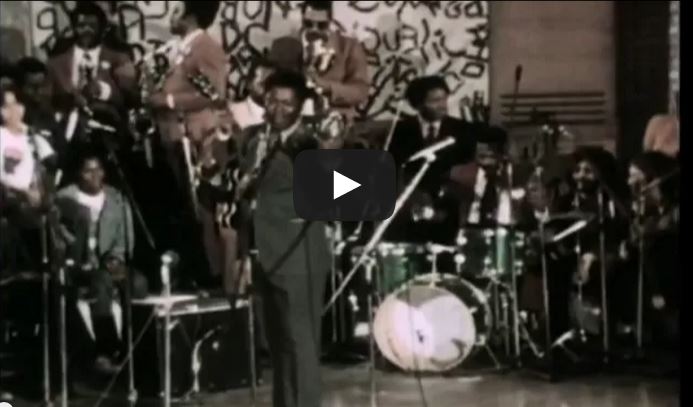 A young BB King performs for a prison audience, who he came to 'swap some blues with.'
Southern Rites (HBO Documentary) 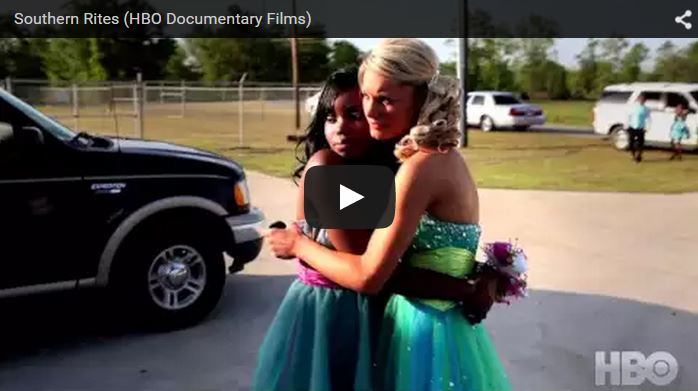 Producer John Legend set out to document the desegregation of a Southern prom, and discovered that it would turn into a much larger story. Airs May 18.
Jeb Bush’s ‘Weird’ Iraq Answers 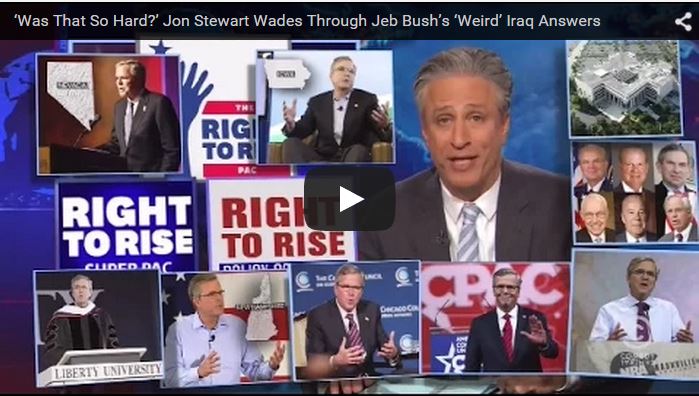 Jon Stewart wades through all of Jeb Bush‘s different answers on Iraq. Misheard the question. Mistakes get made all the time. These questions do a disservice to the soldiers. Really, is it so hard?
Bernie Sanders: "Call Me a Democratic Socialist"! 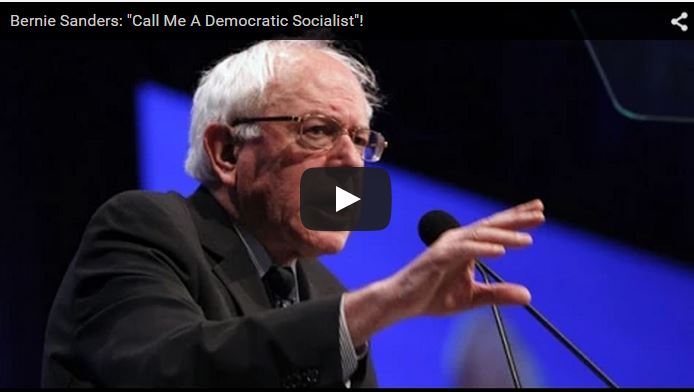