food Algae: It's What's For Dinner

Algae, quinoa and pulses are considered by some food technologists to be the best protein sources and strong alternatives to slow meat consumption, reduce food waste and help feed the world’s growing population. 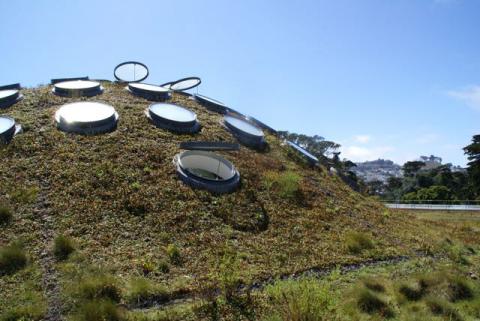 CHICAGO-- Algae is evolving as the next new alternative protein source consumers are anxious to bite into as an ingredient in crackers, snack bars, cereals and breads, according to a July 12th presentation at IFT15: Where Science Feeds Innovation hosted by the Institute of Food Technologists (IFT) in Chicago.

Algae, quinoa and pulses are considered by some food technologists to be the best protein sources and strong alternatives to slow meat consumption, reduce food waste and help feed the world’s growing population.

Algae is a new vegan source of protein with a comparable carbon footprint to existing vegan proteins, such as rice and soy, according to Beata Klamczynska who leads food application development at Solazyme. It contains 63 percent protein, 15 percent fiber, 11 percent lipids, 4 percent carbohydrates, 4 percent micronutrients and 3 percent moisture, she said, and is easily digested and considered heart healthy. It’s found in the ingredient lists of some protein shakes, crackers or bars, cereals, sauces, dressings and breads.

“Are consumers ready for algae as an ingredient? Yes, they are ready and excited about algae,” she said. “The more they learn, the more excited they get. Just a little education eliminates any doubts.

“There are thousands of algae strains to choose from for a variety of products,” Klamczynska said.

Another protein alternative is quinoa (keen-OH-wa), a centuries-old “poor man’s” crop grown in the High Andies Mountains of Bolivia and Peru which continues to grow in popularity.

“Quinoa is here to stay,” said Laurie Scanlin, recognizing there are more than 1,400 quinoa products currently on the market. Scanlin holds a U.S. patent for “Quinoa Protein Concentrate, Production, and Functionality" and is co-editor of a book titled "Sustainable Protein Sources” to be published next year. “It’s a nutritious, sustainable food and protein source.”

About IFT
Founded in 1939, the Institute of Food Technologists is committed to advancing the science of food. Our non-profit scientific society—more than 17,000 members from more than 95 countries—brings together food scientists, technologists and related professionals from academia, government, and industry. For more information, please visit ift.org.