Meet Greensboro, North Carolina native Rhiannon Giddens; see and hear why she has taken the music world by storm. Hear her music, and that of the Carolina Chocolate Drops. See why she is stretching the borders of traditional folk music, blues, country and old-time music. Hear her tribute to the Charleston Nine. 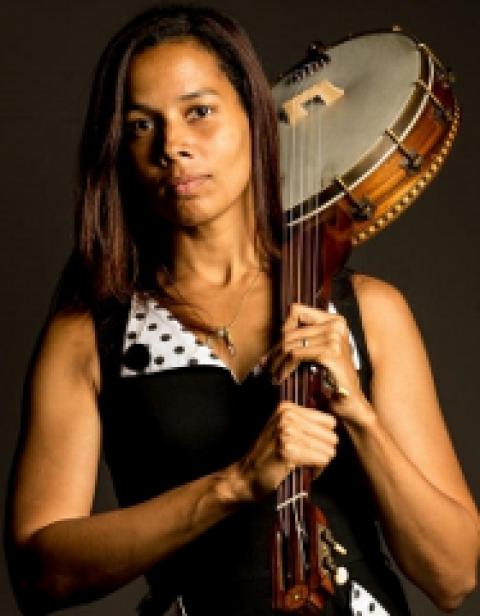 For as long as she can remember, Rhiannon Giddens has been singing. Growing up in Greensboro, she sang in youth choirs, despite not knowing how to read music. But that was okay, because Giddens said she received the best kind of teaching as a child.

"I had the best training of all, which was singing with my dad and singing with my sister. My dad trained me the best way, which was by ear," Giddens said. "We just sang a lot together. He didn't bother trying to teach me to read music which I really appreciate. You can always learn how to read music, but developing that ear and love of music... for me, that was the best way to have it."

Giddens voice eventually took her to one of the best music schools in the country, Oberlin Conservatory. In applying to college, she also received a scholarship to the Carnegie Mellon School of Music, but decided to study opera at Oberlin instead of musical theater at Carnegie Mellon.

"I knew in opera they sang all the time and in musical theater they don't, and I hated speaking. So I said, 'I am going to go where you just have to sing and that's all you need to worry about.' Little did I know what I was getting myself into," she said.

At Oberlin, Giddens said the studying was intense, but she made the most of her education by performing the lead role for several operas. But after school, North Carolina was calling her back home. Giddens came back to Greensboro to be around her family upon graduation. She continued to sing, but decided to refrain from pursuing opera as a career.

Back in Greensboro, Giddens began to fall in love with old-time music. She got involved in the local contra dance community, and started to immerse herself in old-time traditions.

"I ate, slept, breathed and drank contra dancing. I think coming into it through dance was really important because it gave me an appreciation for the rhythms and what that dance music is for," Giddens said. "Being a vocalist my whole life, and then starting my instrumental life as a fiddler was important because you release all your ego and turn into a machine. You're there for the dancers. It puts you in the right place in a lot of ways."

However, it wasn't until she met legendary North Carolina fiddler Joe Thompson did Giddens really sink her teeth into the traditions of old-time music and the legacy of black musicians. Through Thompson, Giddens met Dom Flemons and Justin Robinson. The trio would become the Carolina Chocolate Drops in 2005. Giddens said Thompson served as a mentor to the three musicians.

"It's hard to put into words what I learned from Joe. The way that I play music, the way that I sing, the way that I approach music is changed forever because of playing with Joe," Giddens said. "The air molecules change when you play with somebody [like Joe]. You don't even know what you're getting until it's gone and you go, 'Wow, you cannot get that from a recording.'"

The band's mission became to bring the importance of old-time black string band music into the mainstream. The group earned a Grammy in 2011 for "Best Traditional Folk Album."

Today, Giddens performs with the Carolina Chocolate Drops as the band's last original member, and also as a solo artist. She recently released her debut solo album, Tomorrow Is My Turn. She has appeared on the soundtrack for the television show Parenthood, and was a part of the collaborative project The New Basement Tapes, headed by acclaimed producer T-Bone Burnett.

But for Giddens and the Carolina Chocolate Drops, all these musical accolades do not adequately define their music.

"All three of us really wanted the music to be the star in our band. That continues for me today, its not about me," she said. "It's about the music, it's about the message and whatever is coming through us."

Watch Giddens perform the song "Waterboy," a standout from her solo album, on Late Show with David Letterman (Feb. 10, 2015) below: 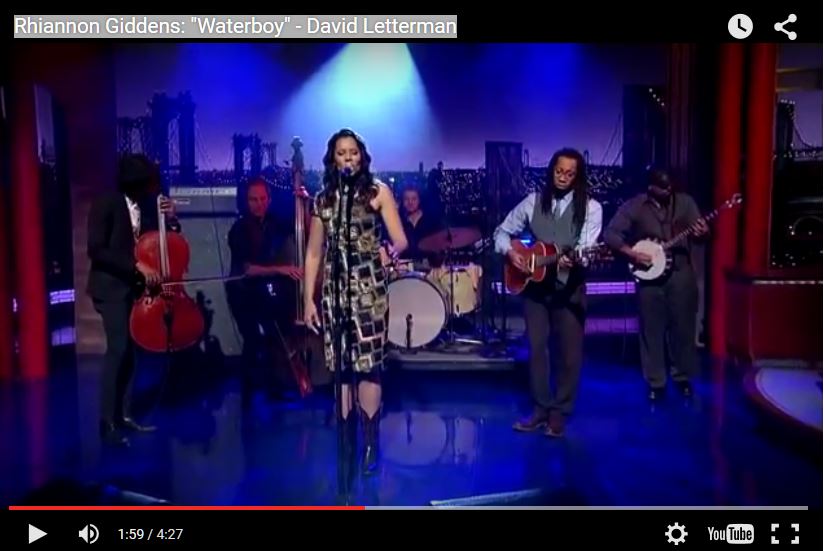 The massacre at the Emanuel AME church in Charleston, South Carolina, in June is just the latest in a string of racially charged events that have broken my heart. There are a lot of things to fix in this world, but history says if we don't address this canker, centuries in the making, these things will continue to happen. No matter what level privilege you have, when the system is broken everybody loses. We all have to speak up when injustice happens. No matter what. And music is one of the best way I know to do so. -Rhiannon Giddens 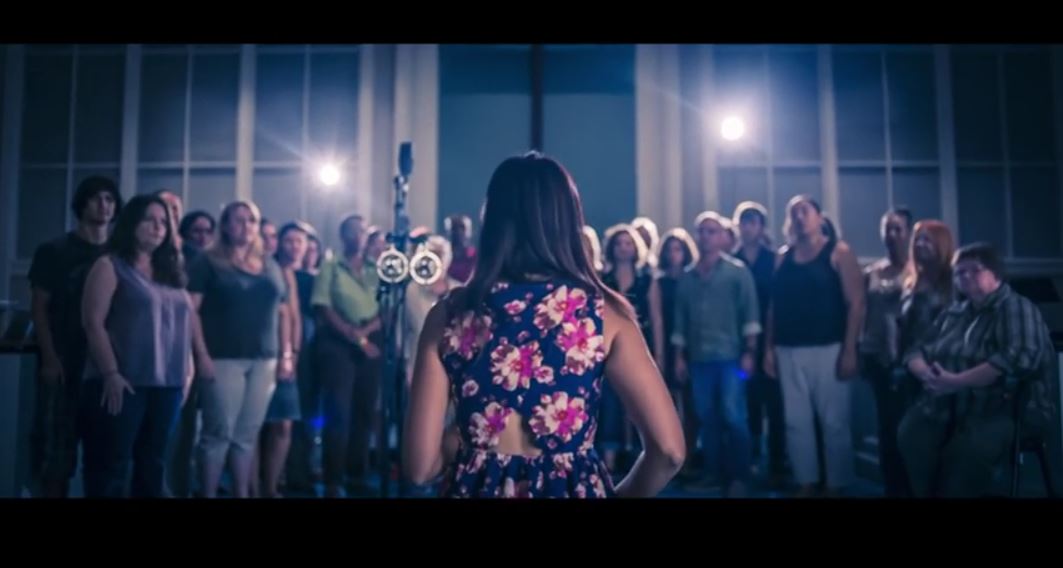