Boehner announced his resignation from Congress. He’d give himself another month, postpone a government shutdown until he was long gone and couldn’t be blamed for it. He had a ready successor lined-up in the form of Kevin McCarthy (R-Calif.). Then it all fell apart. 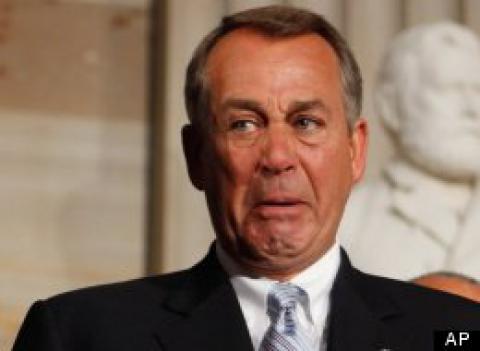 House Speaker John Boehner has a recurring nightmare about being stuck, unable to move. The complete implosion of the race for his successor this week might mean Boehner’s nightmare is coming true.

It was going to be a smooth exit. Figuring that meeting the Pope was as good as it was gonna get, Boehner announced his resignation from Congress. He’d give himself another month, postpone a government shutdown until he was long gone and couldn’t be blamed for it. He had a ready successor lined-up in the form of Kevin McCarthy (R-Calif.).

Then it all fell apart. The Freedom Caucus threatened the throw the House floor vote. McCarthy’s epic Benghazi gaffe only fueled opposition to his coronation as speaker. Rep. Jason Chaffetz (R-Utah) threw his hat into the ring after slamming McCarthy in the media. It began looking like House Republicans weren’t going to get it together enough to elect a speaker. Boehner ally Rep. Patrick J. Tiberi declared, “Right now, Jesus himself couldn’t be the speaker and get 218 Republicans behind something.”

No wonder John Bohener is having nightmares like the one he described to a group of Republican colleagues.

“I had this terrible nightmare last night that I was trying to get out and I couldn’t get out,” the Ohio Republican joked, according to one of his longtime friends, Rep. Tom Cole (R-Okla.). “And a hand came reaching, pulling me.”

It’s not hard to imagine Boehner waking up in a cold sweat, scared to death that House Republicans won’t be able to settle on a speaker by Boehner’s October 29 exit date, and that he’ll be stuck with the job until they do.

Then the bottom fell out. McCarthy, the candidate most favored to succeed Boehner, suddenly dropped out of the running. There went the closest Boehner was likely to get to a sure thing, and the race for speaker descended in to such chaos that everything that preceded it will look like a cakewalk in comparison.

McCarthy’s move came out of nowhere, as Republicans were preparing to choose their nominee in a secret ballot. McCarthy told the National Review’s Rich Lowry, “I wouldn’t have enjoyed being speaker this way,” and suggested that the House Republican conference might “need to hit rock bottom,” before it becomes governable.

And in true Washington form, there were whispers of a sex scandal. According to various sources, McCarthy’s sudden decision to drop out came after he received an email from conservative activist Steve Baer threatening to expose McCarthy’s alleged affair with a House colleague. Baer is known for mass emailing Republican lawmakers, and the email was also addressed to Rep. Renee Ellmers (R-N.C.), whom conservative media sites have claimed is the other half of McCarthy’s alleged affair. On Wednesday, Rep. Walter Jones (R-N.C.) circulated a cryptic letter to several other leadership candidates. suggesting that any candidate for a leadership spot “withdraw himself from the leadership election if there are any misdeeds that he has committed since joining the Congress, and then you wrote.” 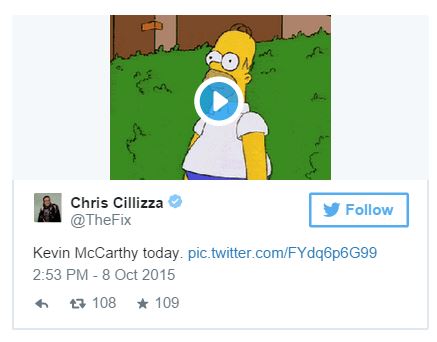 But seriously, what happens next is anybody’s guess.