The impact of GE's move to Massachusetts remains unclear. The company said it expects to move roughly 800 jobs to Massachusetts, but the company has notoriously kept billions of dollars of profits offshore, leading to it typically paying a state tax rate of less than 2 percent. 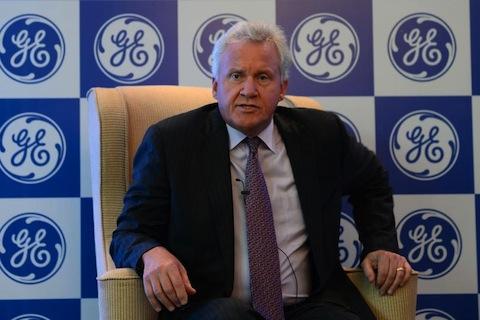 General Electric’s decision this week to shift its corporate headquarters from Connecticut to Boston was celebrated by Massachusetts state and municipal officials who offered the company roughly $145 million in taxpayer incentives to make the move. Republican Gov. Charlie Baker lauded the announcement, saying he is “confident GE will flourish” in Massachusetts and thrilled the company is prepared “to take advantage of the unique resources that our state has to offer.”

But 130 miles west of the state capital, in the town of Pittsfield, environmental groups have long said GE already took advantage of the state’s resources — by leaking suspected carcinogens into the Housatonic River, and then opposing a plan to remove them. In recent months, the company has resisted a federal agency’s demands for it to clean up more of the toxic mess from its old Pittsfield manufacturing plant — all while the firm was negotiating a deal with Baker’s administration to receive millions in Massachusetts taxpayer subsidies. Those subsidies will add to the $1.3 billion in federal and state subsidies the company and its affiliates have received in the last eight years, even as it has famously employed offshore strategies to lower its state and federal tax bills.

Baker, whose tight 2014 election campaign was backed by a GE-funded political group, does not appear to have made the new subsidies contingent on GE fixing the river even though his own administration is one of the trustees responsible for restoring the Housatonic to health.

Tim Gray, who leads the Housatonic River Initiative, an environmental group in Pittsfield, said he was concerned GE’s move to Boston could give the company greater influence in negotiations with state regulators and environmental officials over the river pollution.

“We fear them moving to Boston will be another pathway they will use to continue to weaken that cleanup,” Gray said. “For them to be very close and accessible to all those agencies, including the governor’s office and any official that’s involved in making decisions on the river, it puts [GE] in an easy place to keep in contact.”

Lizzy Guyton, a spokeswoman for Baker’s office, did not respond directly to questions about environmental groups’ criticisms of GE, instead telling International Business Times in an email: “The Housatonic River is a valuable natural resource that provides a great environmental economic benefit to the western portion of our state.” She added the administration of Baker and Lt. Gov. Karyn Polito “remains committed to its cleanup and restoration.” She did not answer questions about the propriety of offering tax incentives to a company that is actively fighting an environmental cleanup proposal in the state.

General Electric similarly did not comment on criticism from environmentalists. Spokesman David Lurie provided an emailed statement on the cleanup efforts. “GE remains committed to a common-sense solution for the Housatonic [river] that is fully protective of human health and the environment, does not result in unnecessary destruction of the surrounding habitat, and is cost effective,” the statement said.

State Sen. Ben Downing, a Democrat from Pittsfield, said he was hopeful the company’s state-subsidized move to Massachusetts will improve the prospects for a cleanup. 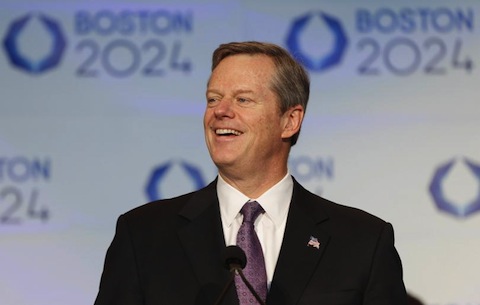 Baker was elected in 2014 with the help of the Republican Governors Association, which during his election cycle received $240,000 from GE. The company also gave $210,000 to the Democratic Governors Association that cycle, but that group was not as involved in the Massachusetts governor’s race as the GOP group. Since 2008, GE and its political action committee have given the RGA $1.1 million and the DGA $363,000.

GE’s pollution problems in Massachusetts mirror a controversy that unfolded late last year in neighboring New York. There, Democratic Gov. Andrew Cuomo delivered GE big taxpayer subsidies at a time when the company was making the controversial move to shut down its cleanup of the Hudson River — a waterway which, like the Housatonic, was polluted with polychlorinated byphenols, or PCBs, by GE’s manufacturing facilities in the mid-20th century.

The U.S. Environmental Protection Agency banned production of PCBs in 1979 after learning of the chemical’s harmful effects on human health and in animals, including links to cancer. But PCBs don’t easily break down in nature, and decades later huge quantities still remain in the nation’s waterways.

Prior to delivering the subsidies, Cuomo — like Baker — had been boosted by GE campaign contributions, and he did not tie his state’s subsidies to GE’s full cleanup of the Hudson River. To the chagrin of environmental groups, he instead did not act to try to block the cleanup from ending.

But whereas New York’s dredging plan had been ongoing, in Massachusetts GE is at once receiving big subsidies and fighting the EPA’s plan to start the next phase of cleanup in a state whose struggle with corporate polluters was made famous in the bestselling book , “A Civil Action.”

‘The State Sold Us Out’

The Housatonic River runs nearly 150 miles from western Massachusetts, through Connecticut and into Long Island Sound. Pittsfield, a town of about 44,000 people, houses the sprawling 250-acre facility where GE once built transformers and capacitors using PCBs as a fire retardant. During the time of PCB use, from 1932 to 1977, some of the facility’s pipes and storage tanks cracked, spewing the oily liquid containing PCBs into the Housatonic. The company also dumped debris containing PCBs along the riverbanks.

After larger flows of PCB-contaminated oil were discovered in the groundwater in 1979, GE built a massive pumping machine to suck out the oil. It also rebuilt a dam downstream, under state orders, to contain PCBs already in the river. When residential lots around Pittsfield began showing dangerously high levels of PCB contamination in the late 1990s, GE agreed to remove tens of thousands of tons of earth from home sites and truck the toxic dirt to a hazardous-waste dump near Buffalo, New York.

The EPA began legal proceedings against GE in 1991 and soon required the company to start initial cleanup work on highly contaminated sediment and bank soils. The agency designated GE’s Pittsfield plant and part of the river as a Superfund site in 1997 — a move company executives strenuously resisted since it would raise costs and responsibilities associated with the site.

GE ultimately reached a $250 million settlement with the EPA, the state of Massachusetts and the city of Pittsfield in 1999. A federal court upheld the binding consent decree a year later.

As part of that decree, GE in 2006 finished a $100 million effort to cleanup the area near its Pittsfield site and a highly contaminated part of the river. The company then in 2010 agreed to begin a second phase of PCB removal from the Housatonic. Four years later, however, the company publicly criticized an EPA proposal to force the company to spend more than $600 million to do just that.

Local environmental groups criticized the EPA’s “Rest of the River” remedy as insufficient.

Jane Winn, executive director of the Berkshire Environmental Action Team in Pittsfield, accused state officials of weakening the agreement during meetings. She called the EPA plan “the 25 percent cleanup.”

“It’s going to leave 75 percent of the PCBs still in the river,” she said. “The state sold us out on the cleanup of the Housatonic River.”

Despite the plan’s limited scope, GE filed a letter with the EPA in October attempting to block the plan. The company proposed informal negotiations on disputed issues to narrow the focus of the EPA’s proposal. The letter came a few months before Baker’s administration confirmed it had been pursuing talks with the company about a possible move to Massachusetts.

In the emailed statement, Lurie, the GE spokesman, said the EPA’s plan “fails to achieve” the goals of protecting human health, avoiding unnecessary environmental damage and ensuring cost-effective measures. “GE looks forward to resolving all outstanding issues through the process provided by the Pittsfield/Housatonic Consent Decree,” he said in the statement.

As governor, Baker has significant power over both the awarding of subsidies and environmental agencies that are supposed to oversee GE’s operations in the state. Though details remain sparse, he has said his administration “offered incentives up to $120 million through grants and other programs” to the company. He also controls the Executive Office of Energy and the Environment, which is one of the trustees charged with making sure GE restores the Housatonic to health.

The state energy office did not return IBT’s request for comment by deadline.

The impact of GE’s move to Massachusetts remains unclear. The company said it expects to move roughly 800 jobs to Massachusetts, but the company has notoriously kept billions of dollars of profits offshore, leading to it typically paying a state tax rate of less than 2 percent. One watchdog group said the state and municipal deals to bring GE to Boston is a cautionary tale about how companies play communities off one another to convince public officials to hand out wasteful subsidies that pad the corporate bottom line but do not necessarily help the public.

“Clearly, the company chose Boston for its executive talent pool and research assets,” said Greg Leroy of Good Jobs First, which tracks corporate subsidies across the country. “Why the state and city felt compelled to throw $181,000 per job at GE is beyond me.”