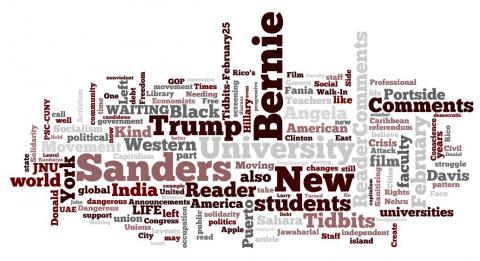 Our film 'LIFE IS WAITING: referendum and resistance in Western Sahara' by Iara Lee, has been censored, banned, cancelled numerous times, and this week, organizers at Belgium's Centre Culturel Arabe de Liege who had planned to show the film were informed by authorities that they could not proceed with the screening. The documentary chronicles Western Sahara's nonviolent struggle against Morocco's forty years of occupation.
Efforts to block the film screening reflect a pattern by the Morrocan government to censor materials that support self-determination for Western Sahara. Screenings of LIFE IS WAITING have been banned in multiple countries, including Lebanon and the United Arab Emirates. Screenings in Australia and Benin have also faced threats of cancellation but took place in spite of outside pressure.
We are outraged but determined to use these bans as motivation to increase our commitment to raising awareness around the world of Morocco's occupation of Western Sahara. Last year, The Guardian reported on the occupation, writing, "Morocco and Western Sahara engaged in armed conflict until 1991, when the UN brokered a ceasefire. As part of the deal, Morocco was supposed to conduct a referendum for Sahrawis to decide whether they wanted to be part of an independent nation or remain under Moroccan rule. But that referendum still hasn't happened."
LIFE IS WAITING continues to screen worldwide, and it has also won a number of awards. You can find more information about the film here.
Our other new film, K2 AND THE INVISIBLE FOOTMEN, is also screening globally. Upcoming screenings are listed here.
Iara Lee and local organizers are available for interviews. Press photos of the director and crew, as well as stills from the film, are available here.
Media contact:  Amelia White
Cultures Of Resistance Network
info@CulturesOfResistance.org
www.facebook.com/CulturesOfResistance
www.facebook.com/LifeIsWaiting
www.facebook.com/K2InvisibleFootmen
CULTURES OF RESISTANCE NETWORK connects and supports activists, agitators, educators, and artists to build a more just and peaceful world through creative resistance and nonviolent action!
Cultures of Resistance Network
65 Broadway, Suite 807
New York, NY 10006
The Greece of the Caribbean? Puerto Rico's Debt Crisis - New York - March 9 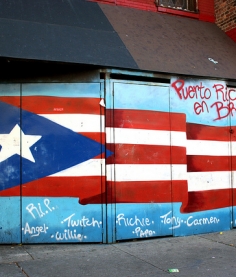 Photo Credit: redhope // Rosa Luxemburg Stiftung-New York Office
Puerto Rico is being buried under $70 billion of debt and is in danger of default. This fiscal meltdown has shifted all aspects of life on the island; leading to slashes in the public sector, skyrocketing unemployment, and massive migration from the island to the United States mainland. The toxic cocktail of austerity, debt, and lack of democratic governance has led Puerto Rico to be called "the Greece of the Caribbean," after the Mediterranean country which recently went through its own struggle against the infamous Troika of debt collectors.
As the crisis deepens, social movements on the mainland and on the island are looking for solutions that go beyond calls for "fiscal responsibility." What does the current crisis have to teach us about Puerto Rico's relationship to the United States federal government? What led to this level of indebtedness, and who stands to profit from it? This public roundtable will answer these and other questions in a call to action for progressive alternatives.
Panelists:
Wednesday, March 9, 6:30pm - 8:00pm
Rosa Luxemburg Stiftung-New York Office
275 Madison Avenue, Suite 2114 (entrance over 40th St.)
New York, NY 10016
Free and open to the public. Registration here.
Statement of Solidarity with Jawaharlal Nehru University, India - by the Professional Staff Congress, the City University of New York faculty and staff union (PSC-CUNY)
[adopted by the International Committee and Executive Council, Professional Staff Congress (PSC-AFT)]
PSC-CUNY stands in solidarity with the students, faculty and staff of Jawaharlal Nehru University (JNU) in Delhi, India, in their struggle against state repression of political speech.
We condemn the arrest of JNU student union President, Kanhaiya Kumar, on charges of sedition and the expulsion of eight students by the university administration. The students are being persecuted by the Indian government and the university administration for participating in a rally protesting state policies and actions. We hold that it is a gross abuse of power for a democratic state to punish its citizens for exercising their right to political dissent.
JNU is not a stand-alone incident; the recent attacks on students at other universities, like Jadavpur, and University of Hyderabad where it led to the tragic suicide of Dalit activist, Rohith Vemula, are part of the same pattern of harassment and repression. We believe that the targeting of politically active youth at public universities reveals the broader program of the Bharatiya Janta Party (BJP) to push its neoliberal attack on the poor, its discriminatory agenda against minorities, its promotion of a hawkish foreign policy, and its squelching of political dissent.
We, at the City University of New York, and our fellow academics at universities throughout the USA fully appreciate the dangers of stifling academic freedom through our own destructive history. Our union is committed to fighting against class oppression, racism, and sexism, and to vigorously defend the right to political opposition.
We join faculty and students from across the world - including University of Texas, Doctoral Students Council, CUNY, Purdue University, Williams College in the US, Canadian universities, University of Leuven, Belgium, University of Oxford, UK, Bangalore Research Network, Tata Institute of Social Sciences and University of Hyderabad in India -  to express our solidarity with the students and faculty at JNU. We call upon Prime Minister Narendra Modi to immediately cease the pattern of persecution at universities. We also call on the Vice Chancellor of JNU to drop all punitive measures against the students engaged in protests, and to demand the immediate release of Kanhaiya Kumar.
Subscribe to Portside