Germany Has Elections Too

Events in Germany are truly alarming - with the Alternative for Germany (AfD) moving up into third place and both the Christian Democrats (CDU) and the Social Democrats (SPD) slipping. This is connected with the immigrant wave but laden with too many nasty memories - and there is rightward shifts in France, Poland, Slovakia, Denmark and Sweden. 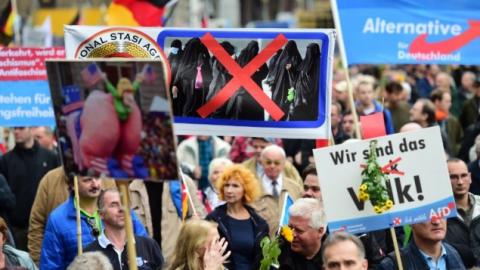