Liberation and Ethics - Is there a connection?

It is no exaggeration to suggest that the legitimacy not only of President Jacob Zuma and the ANC, but also the notion of the liberation struggle itself is in shreds. For some of us, it was unthinkable that such an alliance of forces could degenerate into a moneymaking, lawless and violent operation represented by people who were prepared to trample on the values that we understood the movement to embody. Certainly, this did not happen overnight. 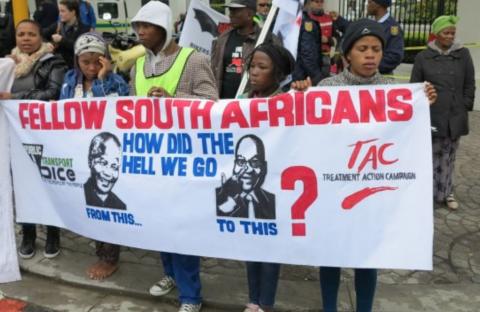