The Science Behind the DEA's Long War on Marijuana

Experts say listing cannabis among the world’s deadliest drugs ignores decades of scientific and medical data. But attempts to delist it have met with decades of bureaucratic inertia and political distortion 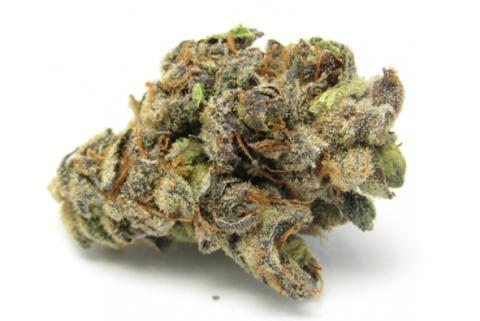 Speculation is growing about the possibility that the U.S. Drug Enforcement Administration (DEA) will review by summer its “Schedule I” designation of marijuana as equal to heroin among the world’s most dangerous drugs. Very few Americans know of or understand the DEA’s drug-ranking process, and a review of cannabis’s history as a Schedule I drug shows that the label is highly controversial and dubious.

Disgraced Attorney General John Mitchell of the Nixon administration placed marijuana in this category in 1972 as part of the ranking or “scheduling” of all drugs under the 1970 Controlled Substances Act. Schedule I drugs are deemed to have no medical use and a high potential for abuse. Cannabis has been there ever since. “As of today, marijuana has never been determined to be medicine,” says Russ Baer, staff coordinator in the Office of Congressional and Public Affairs at the DEA. “There’s no safe, effective medical use, and a high abuse potential, and it can’t be used in medical settings.” This determination has come to be insulated by a byzantine, Kafkaesque bureaucratic process now impervious to the opinion of the majority of U.S. doctors—and to a vast body of scientific knowledge—many experts say.

“Of course cannabis has medical uses,” says University of California, San Francisco integrative oncologist Donald Abrams, one of the few researchers who have been able to obtain extremely limited, government-approved supplies of research cannabis for human trials. “It’s pretty clear from anthropological and archaeological evidence that cannabis has been used as a medicine for thousands of years—and it was a medicine in the U.S. until 1942,” Abrams adds. “I’m an oncologist and I say all the time, not a day goes by when I’m not recommending cannabis to patients for nausea, loss of appetite, pains, insomnia and depression—it works.” 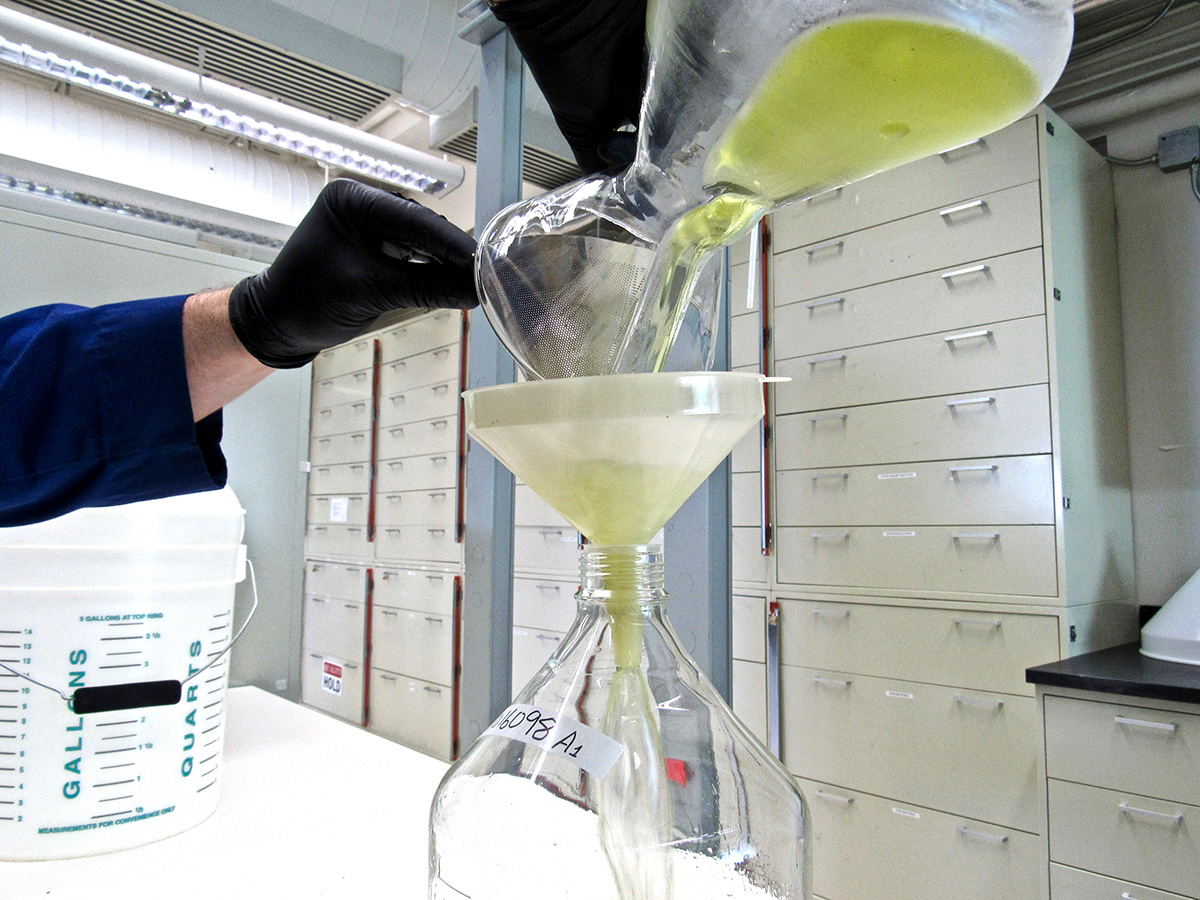 Marijuana’s placement in Schedule I did not happen in a vacuum, historians note. Overt racism, combined with New Deal reforms and bureaucratic self-interest are often blamed for the first round of federal cannabis prohibition under the Marihuana Tax Act of 1937, which restricted possession to those who paid a steep tax for a limited set of medical and industrial applications. (Cannabis was removed from the official U.S. Pharmacopeia in 1942.) “In segregated America newspapers were saying, ‘this stuff makes white women and black men have sex,’” notes historian Martin Lee, author of Smoke Signals: A Social History of Marijuana.

The American Medical Association initially opposed prohibition. Cannabis was medically useful, says William Woodward, association counsel. “Congress being what it was at the time, you could ram things through just by bullshitting,” Lee adds. “Who’s going to be stepping up to the plate [in 1937] to defend a drug that blacks, Latinos and jazz musicians use?”

The Tax Act passed amid New Deal reforms, and the first marijuana peddlers were arrested and jailed that year. Science reared its head within a decade, though. In 1944 the La Guardia Committee report from the New York Academy of Medicine was the first in a long line of official bodies to question the prohibition. The committee found marijuana not physically addictive, not a gateway drug and that it did not lead to crime. But Harry Anslinger, head of the then–Federal Bureau of Narcotics, labeled the report unscientific and prohibition rolled on. “Every 10 years since then—although we’re a bit off schedule—some august governing body has reviewed the data and come up with the same finding [against prohibition],” Abrams says.

The Tax Act’s mode of federal cannabis prohibition became illegal in 1969 with the case Leary v. United States, which found that purchasing a marijuana tax stamp amounted to self-incrimination. The verdict spurred Congress to repeal the Tax Act and replace it with the more comprehensive Controlled Substances Act of 1970.

Marijuana was placed in Schedule I in 1971 provisionally, until the science could be assessed. But Pres. Richard Nixon saw pot prohibition as a way to destroy the antiwar left, according to clandestine recordings made by Nixon in the White House as well as statements from his staff to the press. Nixon convened The National Commission on Marihuana and Drug Abuse (what became known as the Shafer Commission) to engineer scientific support for cannabis’s Schedule I placement. “I want a goddamn strong statement on marijuana,” Nixon said in tapes from 1971. “Can I get that out of this sonofabitching, uh, domestic council? … I mean one on marijuana that just tears the ass out of them.” 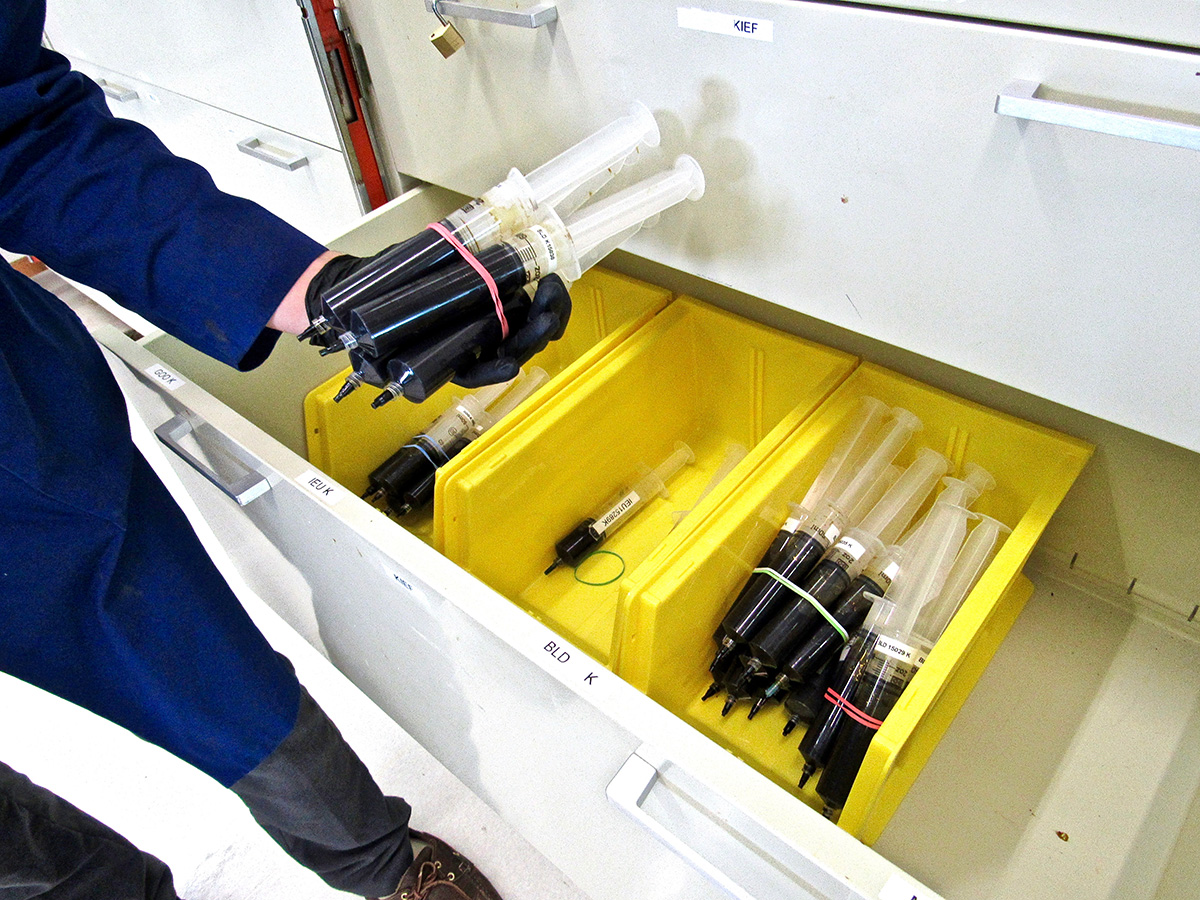 The Shafer Commission found in 1972 that cannabis was as safe as alcohol, and recommended ending prohibition in favor of a public health approach. But by then the Federal Bureau of Narcotics had been removed from the Treasury Department and merged into the U.S. Department of Justice—where Nixon’s ally, Attorney General John Mitchell, placed cannabis in Schedule I in 1972; that same year he resigned to head Nixon’s re-election committee. (He later stood trial in 1974 over the Watergate scandal and served 19 months of a prison sentence for conspiracy, perjury and obstruction of justice.] “You want to know what this was really all about?” Nixon aid John Ehrlichman told journalist Dan Baum in 1994, according to an article published in Harper’s Magazine in 2016. “The Nixon campaign in 1968, and the Nixon White House after that, had two enemies: the antiwar left and black people. You understand what I’m saying? We knew we couldn’t make it illegal to be either against the war or black, but by getting the public to associate the hippies with marijuana and blacks with heroin, and then criminalizing both heavily, we could disrupt those communities. We could arrest their leaders, raid their homes, break up their meetings and vilify them night after night on the evening news. Did we know we were lying about the drugs? Of course we did.”

Anyone can petition the DEA to reschedule any drug, Baer says. The DEA takes advice from the U.S. Food and Drug Administration, Department of Health and Human Services, the DEA’s administrative law judges, along with others, but “the buck stops here. We have final scheduling authority,” he says. “Really it comes down to science. That’s the foundation of the argument. We’re bound by that scientific and medical evaluation.”

Many would disagree. Decades ago the DEA’s own administrative law judge, Francis Young, recommended unscheduling cannabis in response to a petition from activist groups. Young ruled in 1988 that “marijuana, in its natural form, is one of the safest therapeutically active substances known to man. By any measure of rational analysis marijuana can be safely used within a supervised routine of medical care.” The DEA denied the petition anyway.

In 1999, in response to California medical legalization, the Institute of Medicine found that marijuana had medical uses and a relatively low potential for abuse, leading to another round of petitioning. The DEA denied a petition again in 2011, citing a lack of available research specifically on smoked marijuana in the U.S.

Researchers say this represents a classic catch-22, as the paucity of research is the direct result of a federal blockade on such research by the DEA and the National Institute on Drug Abuse (NIDA). “The reason we don’t have more data is because it’s quite difficult to study. The only legal source of cannabis is NIDA, which has a Congressional mandate to only study its harms,” Abrams says. Researchers also note that about two dozen countries including Israel, Canada and the Netherlands as well as several legalization states such as California and Colorado, have reams of scientific data on the safety and efficacy of smoked cannabis as well as other formulations. While NIDA’s primary work focuses largely on studies involving drug abuse and addiction, the organization does fund some research on therapeutic uses for THC as well.*

Many physicians are also frustrated by the DEA’s apparent intransigence in the face of mounting evidence and interest. In 2009 the American Medical Association recommended the DEA review marijuana’s Schedule I status. And a 2014 Medscape survey of roughly 1,500 doctors found 56 percent supported legalizing medical cannabis nationally, with 82 percent support among responding oncologists. “If physicians are in support of cannabis as a medicine, why is it not medicine?” Abrams asks.

In 2014 lawmakers blasted DEA Administrator Michele Leonhart on the floor of Congress for failing to reply to questions about whether or not heroin was more or less dangerous than marijuana, which is also often used to treat pain. Both are Schedule I—yet cannabis has no obtainable lethal overdose threshold whereas 19,000 Americans died from prescription opioid overdoses in 2014 alone. Earlier this year a researcher at The Brookings Institution called for emergency rescheduling of cannabis to save American lives. All 2016 presidential candidates have vowed to either honor state-level medical legalization, reschedule cannabis or unschedule it entirely. “I think the federal government has forfeited any claim to credibility around cannabis,” Smoke Signals author Lee says. For example, although cannabis is Schedule I, the synthetic and pure form of the plant’s most hallucinatory ingredient, tetrahydrocannabinol, or THC, is in Schedule III alongside codeine under a pharmaceutical formulation called Marinol that can be legally prescribed for nausea and wasting. “I’ve taken [Marinol]. It’s horrible,” Lee says. “I can’t imagine how anyone in their right mind would think being on Marinol is safer than smoking weed. Marinol is like an edible—you can’t do anything.” Baer contends that pure THC is a single molecule, and therefore considered safer than the plant cannabis, which contains more than 300 types of molecules.

The FDA and Health and Human Services have given the DEA new rescheduling recommendations, but Baer would not say what they are. A potential change in scheduling could happen by summer, according to an interagency memo sent to eight lawmakers earlier this month. Marijuana’s Schedule I status “really is a national embarrassment,” Lee says. “It gives new meaning to the phrase, ‘the big lie’. It’s like saying, ‘The moon is made of green cheese.’ That this could remain until the present day is laughable only in that it keeps you from crying.”

*Editor’s Note: (4/20/16): This sentence was added to this story to reflect the fact that NIDA does fund some research on potential theraputic uses of THC and other cannabinoids, in addition to its primary focus on studying drug abuse and addiction.