The boxes, according to a written index, contain extensive files about the Black Panthers, the Nation of Islam and the Young Lords, as well as public demonstrations and civil unrest.

From the mid-1950s to the early 1970s, police surveillance of political organizations in New York was extensive enough to require more than half a million index cards, simply to catalog and cross-reference the many dossiers. But over the ensuing decades, the dossiers themselves were presumed missing or lost. Police Department lawyers said they had no idea where the files had gone.

Now, a significant portion of the missing files have been discovered during what the city said on Thursday was a routine inventory of a Queens warehouse, where archivists found 520 brown boxes of decades-old files, believed to be the largest trove of New York Police Department surveillance records from the era.

“It’s the whole mother lode,” said Gideon Oliver, a civil rights lawyer who two years ago filed a lawsuit on behalf of a historian seeking records about a group that was a target of surveillance.

The boxes, according to a written index, contain extensive files about the Black Panthers, the Nation of Islam and the Young Lords, as well as public demonstrations and civil unrest. Files on individuals are also among the documents; at least 15 boxes primarily contain photographs, Mr. Oliver said.

The city’s Records Department, in a statement, said it was working to develop rules regarding public access to the documents, though no timetable or process has been set. 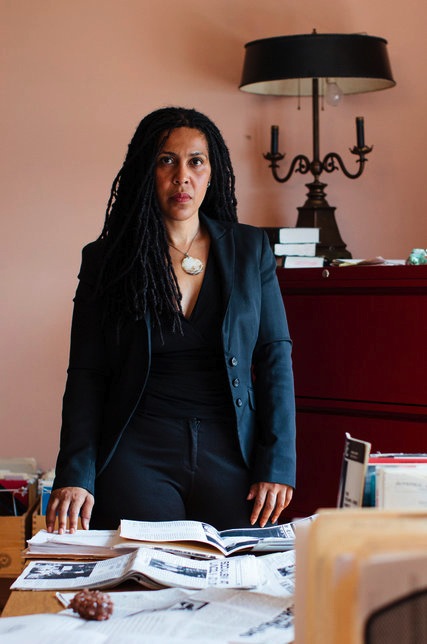 The files are bound to resonate not only among those subjected to surveillance decades ago, but also among current activists and organizations that have faced police surveillance and infiltration in the years since Sept. 11, 2001.

After the terrorist attacks, the Police Department bolstered its spying capabilities; Muslim organizations and mosques in particular reported extensive surveillance. Others, including activists associated with causes ranging from the antiwar movement to cycling, have also found themselves watched.

The files discovered in Queens are from a secretive police unit that began as the anti-Communist “Red Squad.” During the 1960s, it was called the Special Services Division. Today it is called the Intelligence Division.

Its activities are subject to rules intended to limit the circumstances under which the police can begin investigating political groups, or maintain surveillance files that capture political activity. The rules, put in place in the 1980s and modified after Sept. 11, emerged from a long-running lawsuit brought by political activists.

Pablo Guzman, an early member of the Young Lords, said he hoped to have a chance to inspect the Police Department’s records on the group, which was the target of extensive surveillance and infiltration, he said.

“We would be most interested in discovering who they sent in to infiltrate us — who were the undercovers and who was subverting what we were doing?” Mr. Guzman, a longtime television reporter in New York, said. “But we’re not going to find out who the turncoats were, who the agents were. They’re going to redact all that.”

For the past 30 years, the files were supposed to be open to the public, as part of the settlement of the lengthy lawsuit. The city had agreed to release portions to people who asked to see their own file, one of the lawyers, Jethro Eisenstein, recalled. But a significant number of those who sought access were rebuffed, he said. By the time the files were to be made public they were in disarray, rendering the indexing system useless.

Civil rights lawyers claimed it reflected a clear effort on the part of the Police Department to stymie public access. “They scrambled the entire system, so it was impossible to find anything,” Mr. Eisenstein said.

But the index-card filing system, described in various old court documents, offers insight into the extent of surveillance.

A court filing from 1989 provides a sampling of the material in the dossiers. One card referred to signers of a Communist Party petition, while another mentioned a Catholic lay teacher who was involved in labor negotiations with the archdiocese. There are index cards for those who spoke at rallies against the Vietnam War. There is an index card for the person “seated at Table 8 in Albert Ballroom, Americana Hotel, paying $15 for dinner held by Emergency Civil Liberties Committee 12/15/62.”

For years the files were believed to have been stored in two rooms at Police Headquarters. The rooms, A10 and 1206, became a topic of fascination and frustration for civil rights lawyers. Over time the files were said to become increasingly disorganized. Ultimately, they disappeared.

In affidavits from the past two years, the current occupants of those two rooms, or the detectives who searched them, reported finding none of the surveillance files.

“Throughout the ’80s we were pressing for this stuff,” Mr. Eisenstein recalled. “And then it fell from view.”

Over time, he said, “the people who were concerned about what was written about them in the ’60s were onto other stuff.”

When the documents resurfaced this week, among the first to learn of the discovery was Johanna Fernandez, a professor at Baruch College who is writing a book on the Young Lords, a Puerto Rican organization that began as a reformed street gang in Chicago before evolving into a radical social justice movement. She had requested surveillance files relating to the organization from the Police Department as well as from the Federal Bureau of Investigation, which she said was far more responsive in providing records.

In 2014, she sued the city to gain access, after years of letter writing had yielded little.

In court affidavits, police officials said they found little, despite searches lasting more than 100 hours. The judge, Alice Schlesinger, dismissed the lawsuit in May, expressing frustration at the outcome.

In an interview, Professor Fernandez said she had been told by the Records Department that the documents would soon be made accessible not only to scholars but also to the public at large.

Taken together, she said, the files tell “the story of thousands of people and organizations in New York City who fought to make the city more just and democratic and were systematically obstructed by the police.”

Her own book is largely written, but she said she hoped to incorporate the records into an epilogue.