A Good Life Rule for Leftists: Never Talk to the FBI

Being a leftist — or worse, a child of leftists — in the mid-20th century meant constant harassment from the FBI. From my childhood in the 1940s and ’50s through the upheavals of the ’60s, I only told them one thing: take a hike. 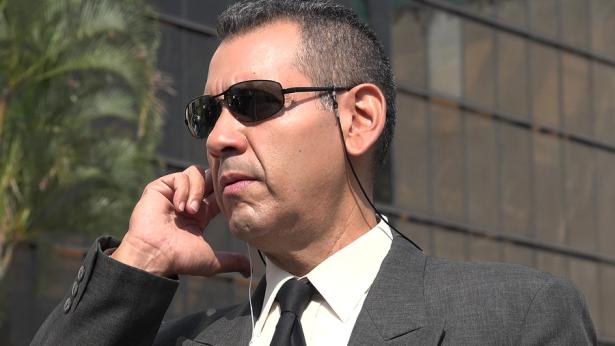 For many years, I had a recurring dream of being chased by the FBI. What the hell could that have been about?

During my childhood in the late 1940s and early ’50s, with the Cold War at its peak, the FBI’s infallibility was unquestionable. We knew this because a host of movies and television shows — I Led 3 Lives, I Was a Communist for the FBI, The Red Menace, I Married a Communist, My Son John, and more — boosted the feds to heroic proportions.

The several-thousand-page file that J. Edgar Hoover and his minions built on me starts when I was thirteen years old. The bureau starts such files early for red-diaper babies. But my memories of being identified as a “Red” began in 1948 when I, age eight, was helping my dad distribute flyers for the Independent Progressive presidential campaign of Henry Wallace, who had been agriculture secretary and vice president under Franklin D. Roosevelt. One unwilling recipient of the leaflet chased me down the block, calling me “a filthy Red.” I had to ask my parents later what exactly that meant.

It wasn’t the last time I needed help with my vocabulary. One day when I was ten years old, I was home alone. The phone rang and when I picked it up, I was told that the caller was “Honey” from “the Ramparts Street brothel.” Would I kindly give a message to my folks: my dad was “behind on his bill.” I said I surely would pass along the message. After hanging up, I went to the dictionary to find out what a “brothel” was. My father died more than fifty years later, my mom more than seventy, never having gotten the message, which most likely came from an FBI agent.

Neither that call, nor any of the FBI visits to our home — and even to my junior high school where an agent tried to interview me in the principal’s office — were ever recorded in my file. But they’ve always stuck with me and helped me make the choices I’ve made in life. As Bob Hope used to sing, “Thanks for the memories, how lovely it was.”

The Bureau Was Always Around

So many memories, no small number involving the FBI. During my undergraduate days at UC Berkeley sixty-plus years ago, we had a left-leaning student political party, SLATE, that led protests against racist housing practices, capital punishment, and the Pentagon’s on-campus Reserved Officers Training Corps; and in support of farmworkers’ organizing, the Southern civil rights revolution, free speech on campus, and such.

When I first came to the university in the fall of 1958, the Cold War was still hot, and the school had done its part early on in administering loyalty oaths to faculty and firing any deemed insufficiently subservient to the masters of war. It was considered a radical act to hand out leaflets at the campus gates. SLATE was in large part a reaction to that and perhaps the first break with the Cold War consensus imposed on campus life across the country.

Not everyone was pleased, certainly not the university administration. We had many noncampus detractors as well. The John Birch Society, grandpappy of today’s US fascist movements, regularly denounced us. My favorite professor, Richard Drinnon, a US history specialist — he wrote the definitive biography of Emma Goldman and several volumes on the genocide of America’s indigenous peoples — and faculty advisor to SLATE, was a particular target. Literally.

Dick’s office was a couple doors away from that of Tom Parkinson, a poet and W. B. Yeats scholar. One day, a deranged former student, influenced by the Birch Society, came onto campus armed with a shotgun hoping to kill Drinnon. But Dick’s office was locked, and the gunman found Parkinson’s open. The man wanted to “get someone who was associated with Communism.” He blew away part of Parkinson’s face (he survived) and killed a teaching assistant who was in the office.

I mention this incident to call attention to the FBI’s priorities. Only a week before, Dick told me the following story. A man, a stranger, comes to visit him in his office. Dressed in a typical black suit, a white dress shirt and tie, and leather shoes, Dick immediately knew who the visitor was. He identified himself as a “special agent” of the FBI and had a few questions to ask about one of Dick’s students. That would be me.

Dick asked him how he knew the guy was really an agent. Did he have some identification? The man showed his badge and ID. Dick said that anyone can buy a badge and fake ID. Could he provide him the name and phone number of his supervisor at the FBI field office? The man gave him a name and number, and Dick dials the phone.

When he connected to the supervisor, he said, “Hello, My name is Richard Drinnon. I’m a professor at Berkeley and I have a man in my office who purports to be one of your agents.” He gave the guy on the other end a description of his office visitor and asks if he can confirm that the man is indeed an agent. The guy gave the requested confirmation.

Dick thanked him, hung up, returned the badge and ID to his visitor and said, “You are who you say you are. Sorry, I don’t talk to FBI agents.”

Police on My Back

Acouple years later, I graduated. It’s a brutal winter in 1961–62, and I’m twenty-one years old, recently moved to New York to head up organizing the US contingent to the World Youth Festival, to be held that summer in Helsinki. Eventually, four hundred fifty of us Americans would go — a pretty diverse collection of young folks from nearly every state, with a wide variety of mainly progressive politics (and of no politics). Among the participants were Archie Shepp, Bill Dixon, and Perry Robinson, who would shortly after become jazz luminaries. The not-yet-published-and-famous Alice Walker was also part of the contingent. Another was eighteen-year-old Angela Davis, a Brandeis University freshman. There were assorted New Leftists, liberals, Young Democrats, socialists, and communists.

One morning, I’m sitting in my two-room, ninth-floor office in a nondescript building on Park Avenue South and East 28th Street. The phone rings. It’s an assistant from the Barry Farber Show asking me if I’d like to go on the air with Barry that night.

Back then, he was about the biggest name in radio, at least in New York City, with a huge nightly audience from 10 PM to midnight. I say, sure, I’ll come on, why not? I’m told to show up by 9:30 at Barry’s studio, located on top of Mama Leone’s, a family-style Italian restaurant in the theater district which catered largely to tourists.

I get to the station, am ushered in to meet Barry, and “his other guest” who turns out to be Gloria Steinem.

Back then, Gloria was hardly a celebrity. But she ran the Independent Research Service, which was set up to counter my US Festival Committee, to warn unwitting young folk about the dangers of falling into our communist clutches. Turns out the Independent Research Service was underwritten and formed by the Central Intelligence Agency. Gloria later told me she didn’t know who was funding her, which was a bit surprising since I knew and since she was the one who worked there.

I had met Gloria before our Barry Farber show appearance, having made a point of asking her to lunch a couple months prior just to see if I could find out what she was up to. Gloria is six years older than I am and at the age of twenty-seven was much cagier than the twenty-one-year-old me. So the lunch was largely a bust. But she was never less than friendly. Guess she probably wanted to know what I was up to, also.

That evening in the radio studio, Barry spent the fifteen minutes before we went on the air flirting with Gloria and asked her out for drinks after the show. I sat there ignored by the two of them. I could have been a bag of hammers.

So now it’s showtime, the red light above the studio door goes on and we’re on the air. Barry introduces Gloria and then tells the listening audience that I’m Michael Myerson, and I am organizing young Americans to attend “the communist youth festival in eastern Europe,” meaning Finland.

After a few softball questions to Gloria, Barry reached for a folder in front of him, glanced through some papers, and asked if I was “the same Michael Myerson” who was arrested in San Francisco’s City Hall protesting the House Un-American Activities Committee? A couple more pieces of paper are perused. Didn’t I lead SLATE, the student political party that UC Berkeley kicked off campus?

Then a couple more questions for Gloria, and it’s time for a commercial break. During the break, a guy walks into the studio on Barry’s side, hands him another folder, whispers in his ear, and takes a seat in the back of the studio.

When we’re on the air again, Barry starts grilling me. What did I think about Stalin? How about Fidel Castro? Did I know that Raul Castro had gone to a World Youth Festival eight years earlier? And so it went.

Finally, when the show’s over and we’re off the air, a page opens the door to the studio, pokes her head in, and says to the guy in back, “Phone call for you. Mr Romerstein.” Herbert Romerstein was the FBI agent in charge of youth activities in the New York metropolitan area.

Several years later, I ran into Gloria on a shuttle flight from Washington to La Guardia. By now she was the Gloria Steinem. I reminded her of that evening with Barry. She was greatly embarrassed and hugely apologetic — not only about that evening but about her youthful CIA flirtation.

Like Dick, I also don’t talk to FBI agents. The last one I spoke with was “Honey from the Ramparts Street Brothel” when I was ten. In the late sixties, a couple agents intercepted me on the street in Greenwich Village and said they’d like to talk to me. I rubbed my nose with my middle finger, told them, “No thanks,” and walked by. That was the last time they tried.

[Michael Myerson is an author and lifelong activist for civil rights, peace, and labor rights. He lives in the Hudson Valley and is currently at work on a memoir on his life on the Left.]