The United States: Land of Terrorists and Massacres

The massacre in Orlando was not the largest mass killing in U.S. history, and the United States has been responsible for the massacre of millions around the planet. We should all be mindful of “the nexus between US foreign policy adventures that plunder and violate countries in search of natural resources and US domestic racist actions.” U.S. crimes against humanity stretch from My Lai to Ferguson. 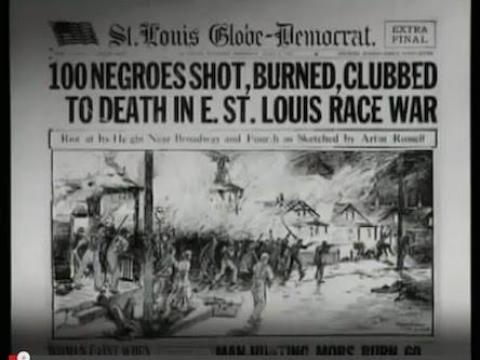 The updated 2016 ROOTS historical chronicle finally got it right. Africans have resisted European/American terrorism from the moment it reared its ugly head to present day struggle against state sponsored police murders of African peoples. The current version of ROOTS reminds us that beheadings, lynchings, rapes, kidnappings, selling children, working and boiling people to death did not start with ISIL – these perverted and psychopathic practices constituted the building blocks of the American empire.  The carnage in Orlando bleeds our hearts with the senseless murder of many innocent lives.  Our rapacious thirst for lethal weapons spells future dooms. Yet, we march on desensitized to the violence and injustice in our nation and world.

We seem to be truly bewildered when blood flows on the streets of America. Often, some of these incidents of late, can contextually be linked to murderous US foreign policy adventures in the Middle East. Malcolm X would have noted that US foreign policies have resulted in “chickens coming home to roost.” The ability to contain violence in foreign theaters has become an unattainable goal for the Empire. Therefore, everyday citizens are now targets of combat. Whether the latest mass murderer is insane or not, what is clear is that US citizens must decide whether they will allow murder and plunder across the globe to continue in their names. And, perhaps, more importantly, whether they are prepared to accept the consequences.  Certainly one does not want to wade into the quagmire of comparing tragedies but to completely ignore the validity of other massacres and the loss of other lives seems to compound the tragedy.

“Malcolm X would have noted that US foreign policies have resulted in ‘chickens coming home to roost.’”

The news media has framed the latest massacre in Orlando as the largest mass murder in US history. Some members of the media with a measure of intellectual integrity will add that the Orlando Massacre is the largest “post 911.” Regardless, human beings lost their lives and communities are in mourning.  However, historical records remind us that the murders in Orlando, unfortunately, do not constitute the largest domestic mass murders.  This narrative proposed by corporate media is in search of a public willing to digest a sanitized and less-than thoughtful version of history that conforms with the simplistic but dangerous notion of American exceptionalism. The truth is much less flattering.  As we mourn the loss of young life in Florida, let us also mourn the massacre of thousands of young unarmed African men and women who lose their lives almost daily at the hands of police and entire Black communities struggling to escape the violence of white supremacy.

We must not forget the East St Louis Massacres of 1917 described as the worst race and labor violence in the 20th century with casualties ranging between 40 and 200 deaths.

In the spring of 1917, Blacks escaping from the terror of the South were arriving in St. Louis at the rate of 2,000 per week. White union workers were determined to stop Blacks from competing for job in the trades by refusing to allow Africans membership in trade unions. White corporate leaders, taking advantage of cheap and competitive labor viewed Africans as scab workers to stabilize and maintain low wages for whites. These two reactionary views of Black labor from the perspective of the white working class and white corporate interests formed the perfect storm that ignited the conditions that led to scores of Black deaths in the East St. Louis Massacre.

“The ability to contain violence in foreign theaters has become an unattainable goal for the Empire.”

Following a meeting on May 28th in which rumors spread that Blacks and whites were fraternizing, 3,000 white men marched into East St. Louis and attacked Black men and women. In a separate incident, white vigilantes burned entire sections of the city and shot inhabitants as they escaped the fire. In William Heaps 1970 book Target of Prejudice: The Negro, In Riot, USA 1765-1970, he notes: “members of the white community claimed that Southern Negros deserved a genuine lynching” and a number of African-Americans were lynched during the white terror attacks.

There was also the 1921 Tulsa, Oklahoma massacre in which whites attacked one of the wealthiest African communities in the US.  These vilgilantes over the course of 16 hours burned private property, including a Black hospital, and injured over 800 people. Instead of police arresting white rioters they detained and arrested over 6,000 black residents. 10,000 Africans were left homeless and 35 city blocks destroyed by fire.  Officials reported that 39 Blacks were murdered but other estimates report between 55 to 300 people murdered.

All massacres are horrific, from Orlando, East St. Louis, My Lai, Vietnam, Wounded Knee to Oklahoma.  The latest massacre, however ‘could’ provide an opportunity to understand the nexus between US foreign policy adventures that plunder and violate countries in search of natural resources and US domestic racist actions that trigger staggering incidence of murder and violence on a scale nearly unfathomable outside America.

Dr. Marsha Coleman-Adebayo is the author of the Pulitzer Prize nominated: No FEAR: A Whistleblowers Triumph over Corruption and Retaliation at the EPA. She worked at the EPA for 18 years and blew the whistle on a US multinational corporation that endangered South African vanadium mine workers. Marsha's successful lawsuit led to the introduction and passage of the first civil rights and whistleblower law of the 21st century: the Notification of Federal Employees Anti-discrimination and Retaliation Act of 2002 (No FEAR Act). She is Director of Transparency and Accountability for the Green Shadow Cabinet, serves on the Advisory Board of ExposeFacts.com and coordinates the Hands Up Coalition, DC.