An open letter to the voters of the United States...We believe it is our responsibility to use our platforms to bring attention to the dangers of a Trump presidency, and to the real and present threats of his candidacy. Initiated by 100 artists, actors, musicians, DJs, writers, directors, performers... 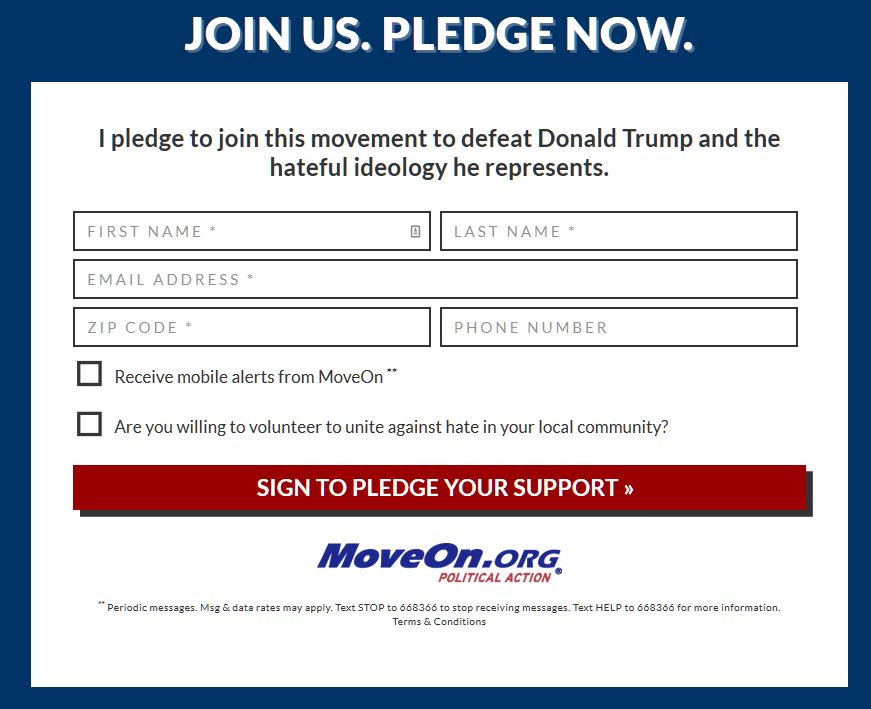 PAID FOR BY MOVEON.ORG POLITICAL ACTION, http://pol.moveon.org/. Not authorized by any candidate or candidate's committee.